Breaking Down US Relations with Ethiopia 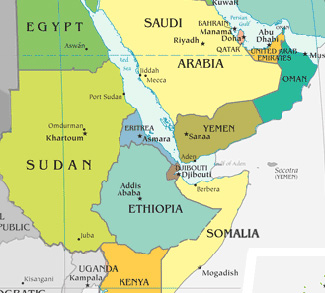 Ethiopia has long been a key US ally in East Africa, and the two states share deep political, economic, and military links. Lately though, this relationship is being tested due to developments within Ethiopia, where sectarian tensions are boiling over amid a growing government crackdown.

Geopoliticalmonitor.com has reported lately on these mounting tensions in Ethiopia, and since then a stampede at a protest over land rights around Addis Ababa has claimed the lives of 55 people. Just today, an American academic from UC Davis was killed when her car was hit by rocks thrown by protestors.

For US policymakers, the geopolitical calculus isn’t anything new: Ethiopia is a key ally in the war on terror, an economic success story in the Horn of Africa, and a bastion of political stability in an otherwise anarchic region. Yet its government has presided over an ongoing crackdown on opposition parties, journalists, and civil society, and recent events suggest a human rights situation which deteriorating even further.

Thus the question that has dogged the post-9/11, markedly schizophrenic foreign policy establishment of the United States: Look the other way, or fall on the sword of ‘American values’?

Key considerations here are how bad the human rights situation gets in Ethiopia, and at what point (if ever) the United States decides to let these developments influence the bilateral relationship.  Should the U.S. move on these rights abuses, the impact boils down to what Washington stands to lose from a chill in its relationship with Addis Ababa.

Partners in the war on terror. The events of 9/11 propelled Ethiopia to the top of the list of key allies in East Africa. The country borders anarchic Somalia and the (then) terrorist-linked Sudan, and its amenable attitude toward US influence made Ethiopia an indispensable partner. As the two countries’ cooperation on terrorism mounted, so too did US military aid toward Ethiopia: spiking from $928,000 in 1999 to nearly $17 million from 2002-2004. The height of their cooperation came in 2007, when 50,000 Ethiopian troops entered neighboring Somalia to topple the Islamist Courts Union which was threatening the ever-fragile transitional government in Mogadishu. Subsequent Wikileaks disclosures suggest that the Ethiopian government invaded at the behest, and with the financing, of the US government.

Eritrea at the Center of Europe’s ‘Clandestine’ Migrant Crisis 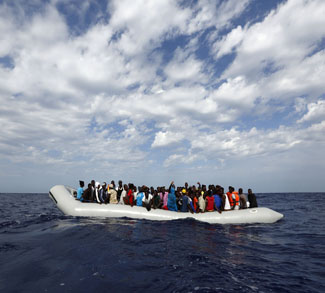