ANALYSIS: Can the Pakistani Army Hold on to Gains in South Waziristan?

The Pakistani army managed to flush the Taliban out of their stronghold in South Waziristan in an offensive launched a year ago. But will they be able to keep them out?

The problem that the Pakistani army faces in South Waziristan is similar to that of NATO forces in Afghanistan: a safe haven for Taliban fighters exists in North Waziristan and civilians have yet to return to their homes in the south, making it exceedingly difficult to consolidate early military gains. Against this backdrop, attacks against Pakistani troops are on the increase- 8 soldiers were killed in the last week alone– because Taliban fighters can easily infiltrate from the north, launch an attack, and then withdraw back to safety.

Of course, whatever original plans the Pakistani army may have had concerning North Waziristan could have changed in the deluge that ravaged large swathes of Pakistan earlier this year. Pakistani institutions, from the army to the government in Islamabad, have all been stretched to their limits under the crushing weight of rebuilding after the floods and fighting off an internal insurgency that is keen to take advantage of the present instability.

While there are reports that Taliban fighters in North Waziristan seem to be under the impression that a Pakistani army push will be forthcoming in the next little while, it is far more likely that the army will continue to stall in the south and try to consolidate gains before launching any offensive that could stretch its lines dangerously thin.

Anita Joshua has written a piece for the Hindu highlighting US pressure on Pakistan over a push in North Waziristan.

Dera Ismail Khan talks of the difficulties of getting civilians to return to South Waziristan in Dawn:

“The Mehsuds say they are not going back to their now overgrown and in many cases destroyed villages because they worry about being caught in violence between the army and the Taliban — or forced to take sides in the fight… Getting them and other tribal people to return home — preferably with a pledge to keep insurgents out — is essential for success against the insurgency. The Taliban benefit from having the army tied up dealing with refugees, unable to expand their offensive to other areas in the border region.” 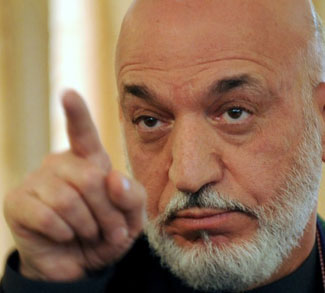