An October Surprise in Japan Elections?

When Shinzo Abe dissolved the lower house and called for early elections back on September 25, the move seemed like a no-brainer. Dogged by favoritism scandals all year, the Japanese prime minister had been bouncing back in the polls on his credentials as a defense hawk amid the growing threat from North Korea. On the other side of the aisle, the opposition Democratic Party (DP) was in total disarray and languishing in the single-digits in the polls.

What a difference a week can make.

In the time since Abe’s announcement, the opposition field has been completely reshuffled. The same day Abe announced elections, popular Tokyo Governor Yuriko Koike formed the new Kibo no To party, the “Party of Hope.” By October 3, the new party was trailing Abe’s LDP by just 9 points and fielding a national list of 233 candidates.

Now the election is anything but a cakewalk for Abe. On October 22, he’ll be fighting for his political survival.

Hope suddenly appears in Japanese politics. So far as campaigns go, it has been a heck of a first week for Yuriko Koike. A former LDP member and part of Abe’s cabinet in 2006-7, Koike made a name for herself by defying the LDP mandarins and running for the governorship of Tokyo in 2016, eventually beating her LDP-sanctioned opponent by a wide margin. She now wants to make the transition into national politics. Her Party of Hope has only had a week to prepare for elections next month – a difficult task given its complete lack of national resources. But so far the party has been swimming in the same direction as the current. Almost immediately after its creation, the Party of Hope started attracting Democratic Party politicians, and the trend became so pronounced that the DP has entered into an agreement to run its lower house candidates on the Party of Hope’s ticket. Further afield, Koike has reached out to the Japan Innovation Party, a conservative party based in western Japan, to cooperate on the ballot. These developments have allowed the Party of Hope to field a list of candidates that’s 233 long, technically enough to garner a majority in the 465-seat lower house. 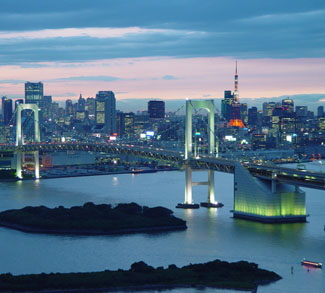