By June 17, the same day that Ramadan begins, Libya could have achieved an agreement for a new national government thanks to the mediation of UN Special Representative Bernardino Leon. The new entity will have to reconcile the ambitions of the governments in Tobruk, in far eastern Libya, effectively controlled by General Haftar – with the tacit support of Egypt’s president al-Sisi and Saudi Arabia – and the one in Tripoli, led by the Muslim Brotherhood with support from Turkey and Qatar. Leon has stressed the urgency of finding a solution to the ongoing internal conflict, raising the specter of an ‘Islamic State’ takeover of Libya as the alternative. President Recep Tayyip Erdogan’s poor showing in the recent Turkish parliamentary elections and the FIFA scandal now engulfing Qatar’s FIFA 2022 World Cup bid may have dulled the extent of support for the Tripoli government, weakening its position in the negotiations, which suggests that an agreement for national unity might be possible.

Erdogan’s AKP party has lost a parliamentary majority, terminating his ambitious and overtly Islamist foreign policy. While Syria will feel the effects more, Libya could also see some changes. Turkey has not had an ambassador in Libya despite Erdogan having been lionized as one of the heroes who contributed to the collapse of the Qadhafi regime in 2011. A new government might decide to normalize relations to support a Mediterranean solution to the North African country’s intractable internal conflict, which would mean joining with other governments in backing the authorities now based in Tobruk to lead an effort towards national unity. Indeed, the government that emerges from the Turkish elections will have had a mandate to reverse Erdogan’s misplaced enthusiasm for the so-called ‘Arab Spring,’ which has not contributed to stability, security or democracy in the MENA region.

How Will Moscow Respond to Its “Stab in the Back”? 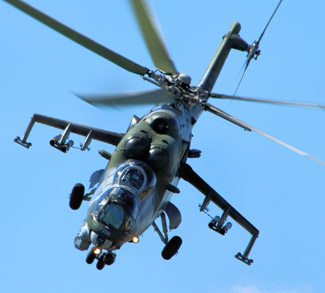