Venezuela is seeing increased violent conflict, as highlighted in last week’s Global Forecast. The ingredients for a breakdown of the political order have long been present in the Latin American state: deadlocked institutions, economic collapse, widespread protests, and armed paramilitary groups. But more recently there have been open clashes between politicians and paramilitaries, as well as direct attacks on state institutions. These are troubling trends, as they suggest that Venezuela’s struggles are about to slip from the political realm and into existential conflict. And tempers will flare further as President Maduro proceeds with constitutional reform.

Two weeks ago it was the Oscar Perez affair which involved an ex-cop stealing a helicopter and attacking the interior ministry. Perez is still at large and producing anti-government videos. The grenade-bombing was either a calculated failure (as Perez claims it was merely symbolic and not intended to kill or damage), an attack thwarted by Perez’s own incompetence, or an ongoing bit of political theatre organized by the Maduro administration, as some have claimed. 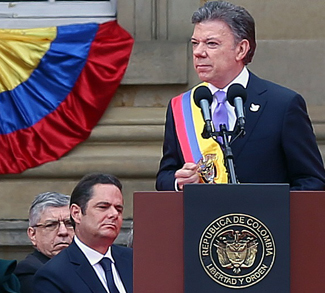