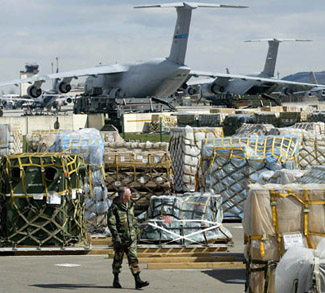 In the words of the U.S. Overseas Basing Commission, U.S. military bases are, “the skeleton upon which the flesh and muscle of operational capability [can be] molded [1].”

The Obama administration’s attempts to grapple with the fallout from the 2008 global economic crisis have had a fundamental impact on the US military’s role in the world. First there was former Defense Secretary Gate’s procurement reforms, program cuts, and troop reduction plan, a process that witnessed that gutted golden calves such as the Future Combat System and the F-22 Raptor. Now, policy planners in the United States are looking towards a future where decreasing defense budgets are no longer a hypothetical, but a given.

Defense reform and budget reductions have had the following impacts on the global network of US military bases: