US Secretary of Defense Robert Gates is attempting to pre-empt Congress defense spending cuts by implementing a round of his own.

Admiral Mike Mullen, chairman of the joint chiefs of staff, has repeatedly warned that government debt is the biggest threat to US national security. He is not the only one to hold such a view in the US defense establishment. A paper released this year by the now-endangered US Joint Forces Command predicted that, “interest payments, when combined with the growth of social security and health care, will crowd out spending for everything else the government does, including national defense.”

These fears are critical to understanding the context of Secretary Gates recent push to reverse “brass creep” in the Pentagon. As long as US deficit spending continues unabated and CBO projections become gloomier and gloomier, the defense establishment will increasingly be seen as a potential savings target by Congressional leaders. There will come a time when fiscal pressures are so intense that drastic cuts will be needed, and these cuts will probably be markedly destructive in their deployment. In other words, fiscal pressures will lead to rash decisions that may cripple the US military’s future capabilities.

In this latest round of cuts, Secretary Gates has continued the process of making the defense establishment more efficient before any outside pressures force the issue. Indeed, much of his tenure under the Obama administration has been characterized by preparing the defense establishment for the pressures it will face in the future. Recall that he pushed for procurement reform, axed the more fanciful aspects of the Future Force program, and curtailed the job-heavy F22 Raptor.

“This decision appears to have been made without thoughtful consideration of the long-term strategic implications for our national defense. The Base Realignment and Closure (BRAC) law requires congressional oversight of any decision to eliminate more than 1,000 jobs. This decision affects nearly 6,000 jobs. By announcing it, the secretary has circumvented Congress’ constitutionally mandated oversight of the military.”

Fox News pointed out that:

“The plan Gates outlined was similar to one suggested last month by the Defense Business Board, a panel of company executives who advise the Pentagon. The panel identified Joint Forces Command as contributing to much of the contractor bloat because it had more contractors than government employees on its payroll.”

In news relating to US fiscal pressures, here is an interesting piece from Bloomberg: U.S is bankrupt and we don’t even know: Laurence Kotlikoff. 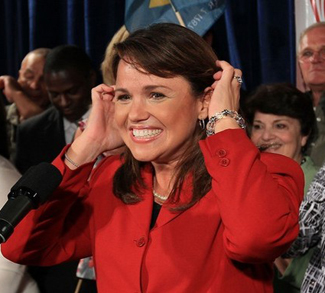