Oil, Guns, and Military Bases: The US in Africa 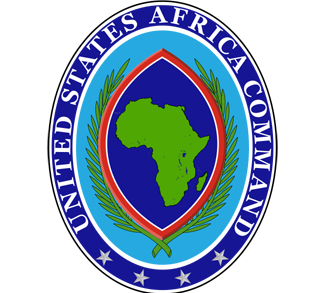 In the struggle to secure energy resources, the great powers consider all states to be fair game. Indeed, this is precisely what characterizes American foreign policy in the modern era. When it comes to economic and geopolitical interests, Washington seldom differentiates between democratic leaders and despots, especially when those interests involve oil. Currently, the stakes are high in the rush to secure oil resources and nowhere is this more evident than in the Sino-American rivalry in Africa. Both states are competing to secure their share of oil supplies in order to quench their addiction to the coveted ‘black gold.’

One of Washington’s primary energy security concerns has been to diversify its sources of foreign oil. During the 1970s oil crisis, the United States imported one-third of its petroleum. Now, it imports approximately 11.4 million barrels per day of petroleum (which includes crude oil and petroleum products), amounting to 45 percent of all petroleum consumed in America. While most of its foreign oil comes from the western hemisphere, a sizable portion comes from Africa and the Persian Gulf [2]. Despite the fact that America’s reliance on foreign oil has decreased since its peak in 2005, it is still vulnerable to supply disruptions, oil price shocks and OPEC supply squeezing. For Washington, the need to decrease its vulnerability to foreign oil is a principle national security interest, and the solution lies in diversifying imports away from overreliance on any one region.

West African oil remains strategically important for U.S. policy makers, especially since it provides an alternative to Persian Gulf oil. West Africa is also geographically closer, making transportation less costly than oil from the Persian Gulf. The high-quality sweet crude that is produced by the Gulf of Guinea states is crucial to the U.S. market. As such, oil corporations are doing whatever they can to secure this important hydrocarbon and Washington is fervently promoting free trade in Africa in order to make it easier for them.

In order to boost its influence in Africa and secure the loyalty of governments, the U.S. has provided military arms and developed military training programs with individual African governments. To increase its military presence, it has acquired basing rights and access to airfields in Djibouti, Uganda, Mali, Senegal and Gabon, along with port facilities in Morocco and Tunisia. In addition, it has also expanded its covert intelligence operations across Africa in the name of combatting terrorism. Yet, these operations also serve another purpose. By expanding its military presence in Africa, Washington is reminding its rivals that it is both willing and able to respond to threats to its strategic interests, the likes of which include the unimpeded flow of African oil.

In 2007, the U.S. African Command (AFRICOM) was established as the ninth of the Unified Combatant Commands under the supervision of the U.S. Department of Defence (DoD). The alleged purpose is to oversee American military operations on the African continent in order to enhance the stability of the region and to promote U.S. national security objectives. Many critics of AFRICOM, including energy security expert Michael T. Klare, believe there is a direct relationship between the existence of AFRICOM and America’s interest in African oil.

There is a parallel between America’s increased military presence in Africa and its military expansion into the Persian Gulf since the establishment of the Carter Doctrine. While this endeavour is noticeably more limited in Africa and does not involve any significant oil-for-security arrangements- at least, not yet- there is no doubt that America would respond with force if oil supplies were threatened. The difference is in style, not substance; America seeks a more subtle presence in order to engage in rapid combat and covert operations, when necessary. This operational capacity is equal parts the U.S. bending to the strategic realities of the 21st century and a response to African governments, for obvious historical reasons, not welcoming permanent military bases on their soil.

There may be another, often overlooked, purpose of AFRICOM. The presence of China in Africa is creating some concern for American officials. Beijing is competing with Washington for both the loyalty of African governments and the steady supply of African oil. There is a growing sentiment in Washington that China’s presence in Africa could challenge U.S. security interests now and in the years to come. China’s unconditional financial aid and its steady flow of cheap goods to African states (in exchange for oil contracts) have often made it a more appealing trading partner than America. Indeed, a 2005 DoD report indicated that China’s need to forge close ties with African governments to secure energy supplies could lead to ‘a more activist [Chinese] military presence abroad’. In this regard, AFRICOM would monitor Chinese activity and contain any Chinese incursion into American zones of interest by flexing America’s naval presence.

The stakes for Beijing, however, seem to be greater for three reasons. First, China has an annual GDP growth rate of 7.4 percent. To sustain this, the Chinese economy relies heavily on the consumption of oil. It is constantly seeking new sources of oil to meet its domestic demand, but its African oil supplies are indispensable. Second, China imports more from oil from Africa than America does (30 percent vs. 20 percent). China’s oil imports from Africa will likely grow to be bigger than America’s in the decades to come, and China is expected to take America’s spot as the world’s biggest oil importer very soon. By 2020, China will import approximately 65 percent of its oil. Lastly, China is not a newcomer to Africa. In the 1960s and 1970s, it supported many national liberation movements, provided a large share of arms to post-independence governments and invested heavily in national infrastructure projects . In this sense, Beijing perceives its presence in Africa as a continuation of its legacy and as an important geopolitical interest on the road to major power status.

However, Africa might not provide the most secure alternative to Persian Gulf oil. Africa’s production capacity is more limited than that of the Persian Gulf, and it also has fewer proven reserves. In terms of aggregate global oil production, Africa is still lagging behind other major crude oil-producing regions. If we assume that ‘peak oil’ estimates are accurate, then (according to BP’s reserves-to-production ratio) Sub-Saharan Africa, as a whole, has an oil-producing capacity that will end by 2030. This would leave only Nigeria and Sudan as major oil-producing states in the region (of course, this assumes that production will remain constant and that no new reserves will be discovered).

In addition, Africa’s political environment can be as unstable as the Persian Gulf. Internal instability, the rise of transnational terrorist networks, military coups, civil strife, endemic corruption and the conflict-stricken Niger Delta all pose significant problems for business operations in the African continent.

America must show restraint in its expansion into Africa. While a military conflict with China over access to African oil may seem presently unrealistic- especially given America and China’s mutual economic dependence- future regional developments and the further militarization of the region could shift the Sino-American rivalry into a more adversarial direction. The ‘military security paradox’ is an important lesson to be learned by the great powers. Militarizing a region in the pursuit of regional stability and security can often have the opposite effect. Only time will tell if Washington and Beijing heed this warning.

Nigeria: Dynamics of an Oil Crisis 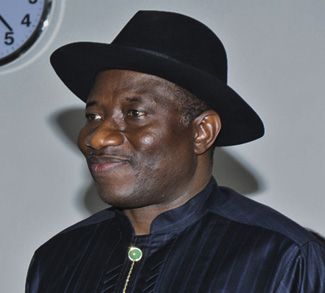