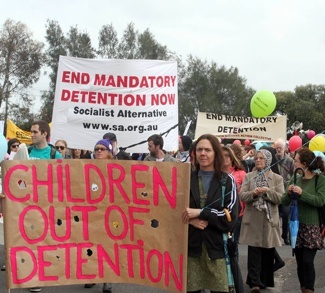 Currently there are upwards of 11 million undocumented people in the United States. Though many of these people have worked for years and started families, they remain at risk of deportation. Additionally, the country is struggling with a humanitarian crisis on its southern border, which has now entangled 57, 000 child migrants into the polemic national debate on how to best reform US immigration law. This debate has taken center stage in the lead-up to midterm elections in November.

The midterm elections are set for November 4. All 435 seats in the House of Representatives will be up for grabs as well as 1/3 of seats in the Senate.

Currently, Republicans have control of the House of Representatives with a majority of seats. It is very unlikely that the Democrats will be able to reverse this balance of power. To do so, they would need to pick up an additional 17 seats from the election.

Control of the Senate, however, is far more up in the air. Republicans are hoping to hold on to their current seats and win the additional six necessary for a majority.

Even with their current Senate majority, Democrats have faced an uphill battle in pushing through immigration reform.

Before the August recess, Republican leaders in the House managed to pass two bills. The bills came as more of a gesture of protest towards Obama’s insistence on a more lenient immigration system. Neither bill is expected to become law. Obama termed one of the bills “the most extreme and unworkable version of a bill that they already know is going nowhere.” He added in a statement about the GOP, “They’re not even trying to solve the problem.”

Both bills are seen as political posturing by the Republican Party ahead of November. After initially demonstrating some interest in reform to the public and the media, the party might be trying to shift the blame for a lack of progress onto the Democrats. The recent failure of a Democratic-led bill in the Senate does little to quell such claims.

The failure of both parties to negotiate a response to the immigration crisis has forced Obama to act alone, and he has a number of options for possible executive action.

One is to expand a program currently in place which grants work permits to those living in the country illegally. The Deferred Action for Childhood Arrivals (DACA) program allows those who came to the United States as children without documentation to take advantage of delayed deportation policies. Expanding DACA for other groups of undocumented individuals would allow more people at risk of deportation to gain some control over the future of their status in the country.

Alternatively, the president could implement a mechanism for granting temporary legal status to family members of those covered by the current DACA program.

Another option, albeit a quixotic one given the current political climate, would be to facilitate a pathway to citizenship for undocumented individuals. More than 8 million people would be affected by such a move.

President Obama is also considering a country specific approach, which would take into account the specific national situation when handling cases of undocumented people. The president would then be able to defer the deportation of certain groups of people until the crisis in their own country subsides. This would have significant repercussions for the current humanitarian crisis at the border, since children fleeing violence in Central America could constitute one such group that is eligible for deferred deportation.

How Immigration Reform Will Impact the Midterms

Obama’s reform options could have a significant impact on upcoming midterm elections.

More than 550,000 people have been approved for DACA so far. A study released by the Pew Research Center suggests that around 4 million individuals make up the family members of those who qualify for DACA. Expanding DACA in ways which might affect these family members has the potential to add greatly to the pool of potential voters. Such voters are expected to have a more favorable outlook towards the party responsible for passing immigration reform that is beneficial to them. If Obama presses forward with an expansion of DACA, he might be able to increase the voter base for Democrats in the November midterm elections and beyond.

However, voters who typically opt for the Republican Party may view such resolutions as actually worsening the immigration crisis. Those who think such options offer an all-too-easy amnesty to undocumented peoples may be left with a better impression of the GOP after executive action on reform. There’s also the question of executive action itself, which some voters feel is an over-extension of presidential powers.

Also important is the fact that Latino voters make up the fastest-growing demographic in the country. In the past, approximately half of Latino voters said they would vote Republican. However, when the topic of immigration reform comes up, they express an inclination to blame the GOP if reform fails. Such a result would hurt Republican hopes of gathering Latino votes in November. This is particularly significant considering the results of a recent poll in which nearly 90% of Latino voters stated that they expected immigration reform this year.

This year, however, fewer voters are expected to head to the polls for midterm elections than in the previous cycle. And even more importantly: many of the key states in play lack significant Hispanic populations.

Immigration reform continues to be a hot talking point leading up to the midterm elections. Reform will likely have some impact on voters’ perceptions of the two parties, which in turn could have a serious impact on the future balance of power in Congress.

Trump’s Watergate? Not Yet 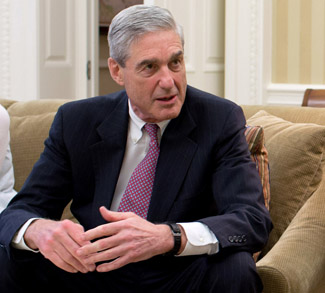