The recent explosion in fighting between Azerbaijan’s military and Armenian-backed forces in the disputed territory of Nagorno-Karabakh has the potential to reopen Russo-Turkish rivalry in the region. This is a rivalry that, at least in this region, has been restrained by the mutual geo-economic ties between the two countries.

Back in the heady days following the collapse of the Soviet Union, many Turkish nationalists had dreams of a new pan-Turkish alliance with the Turkic-speaking countries that had been ruled by Moscow since the days of the Russian empire. These newly independent nations, especially Azerbaijan, Kazakhstan, Turkmenistan, and Uzbekistan were considered ethnic kin by Turkish nationalists.

However, Turkey lacked the power and influence to counter Russia’s commercial might in the region, as well as inter-elite connections with its former dependents. The Turkic states of the post-Soviet space did not even align with Ankara on the issue of recognizing the Turkish Republic of Northern Cyprus; pan-Turkism appeared to be a hard sell to the self-interested elites of Central Asia.

Still, there have long been concerns in Russia, that Turkish cultural activities in its southern periphery may lead in the long-term to stronger Islamist movements in the region, which could influence Russia’s Muslim minority.

Turkish influence in these Turkic speaking-countries has come mainly come about in indirect ways, i.e. soft power. Turkish television soap operas are very popular in these countries, as well as elsewhere, and Turkish universities have opened their doors to thousands of Turkic-speaking students since the early 1990s. Inter-state forums like the Council of Cooperation of Turkish Speaking States, formed in 2009, have also given Ankara a stage to make elite connections with its Turkic counterparts. Nevertheless, since the early 2000s, Turkey has pursued a policy in the region that sought to avoid contradicting Russian interests in the post-Soviet space.

Even so, in the South Caucasus, in comparison to Central Asia, because of its geographical proximity, Turkey’s position in relation to Russia has always been one of greater equality. All three regional states, Armenia, Azerbaijan, and Georgia have been stricken with either bloody wars or frozen conflicts since independence in 1991 and the area has long been regarded as a potential flashpoint between Russia and Turkey. This is primarily, of course, because of the Armenia-Azerbaijan territorial dispute over Nagorno-Karabakh, an area under Armenian control but internationally recognized as Azerbaijani territory.

For Russia, the Nagorno-Karabakh dispute served to promote its leverage in the region, and in the case of Armenia, gives it near complete control over that state’s foreign relations. Turkey has, up to the start of the current crisis, pursued a policy that respected Moscow’s interests in the South Caucasus. This deferential attitude highlighted the value that Turkey placed on regional, as well as economic cooperation with Russia. In terms of the Nagorno-Karabakh dispute, the Turks seemed to understand, despite their apparent closeness to Baku, that their options were limited. This was underwritten by Russia’s large military presence in Armenia, including at Gyumri near the Turkish border, and Moscow’s close geo-economic relationship with Baku.

Thus, during the two previous episodes of hostilities in 2014 and 2016 in the disputed territory, it was Russia’s position that was paramount, not Turkey’s. Indeed, Russia’s pre-eminence was re-enforced by it being the main mediator of the 2016 ceasefire. The fact remained that Turkish policy in the South Caucasus appeared to be checked by Ankara’s greater foreign policy goal, which was to maintain close relations with Moscow.

The failed military coup in Turkey in June 2016 ushered in an era of even closer Russo-Turkish ties, following the near collapse in relations after the shooting down of a Russian fighter jet in Syria by Turkish-backed forces in November 2015. Yet, it also had the side-effect of forcing president Recep Tayyip Erdogan to align with Turkish nationalists for the sake of his own survival. To Turkish nationalist movements, the Azerbaijani attempt to regain Nagorno-Karabakh is a cause célèbre. Ethnically and culturally, the Turks and Azerbaijanis are considered very close. Moreover, there has been an effective pro-Azeri lobby in Turkey, which depicts the two states as “one nation divided by history” and often holds pro-Azeri rallies.

The apparent tactical success of Turkish armed drones in the Libyan and Syrian conflicts also appears to have given the Turks a certain level of confidence in their own military-technological prowess, even vis-à-vis Russia. They have exported military drones to their allies in Azerbaijan, although it remains uncertain how much support the Turks have given on the ground in the current conflict or whether or not these drones are being operated by Turkish military personnel.

Turkey’s political and military bolstering of Azerbaijan, if it leads to tactical success on the ground, places Russia in a very uncomfortable position after nearly thirty years of being the ultimate arbitrator in the Armenia-Azerbaijan dispute. Moscow may be forced to choose between its treaty ally in Yerevan, which is currently run by a government that Russia does not consider completely amicable to its interests, and its, perhaps, more natural bedfellow in Baku, where it has strong economic interests, as well as important inter-elite ties.

Nevertheless, it is hard to see how Moscow could sit back and let Azerbaijan defeat Armenia militarily, while being cheered on by Turkey. Such an event would make a mockery of Russian pretentions of hegemony over the post-Soviet space. It is more likely that Turkey, if Azerbaijan is reasonably successful and gains enough tactical success on the Nagorno-Karabakh battlefield, will call for a ceasefire and consolidate with the Azerbaijanis ahead of the next round of talks before any threat of Russian intervention materializes. Then Turkey could play a pivotal role during the following negotiations, becoming almost on par with Russia; thus, enhancing its position in the South Caucasus. 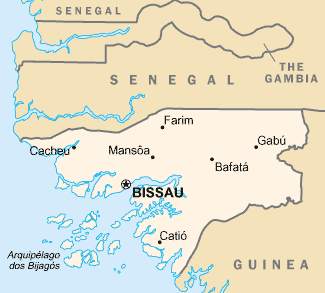