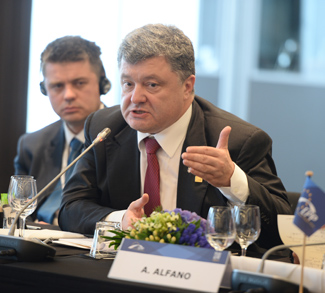 The last few days have seen renewed and arguably the most significant attempts to speed up the peace process in Ukraine than anytime earlier this year.  Germany and France have come up with essentially a new peace plan, which if implemented in full should make a difference.  On the table is their proposed tactic of small steps, which aims to reach a settlement in several stages and through reciprocal moves forward rather than by waiting for a full-scope implementation of the ceasefire agreement, as has been the case to-date.

Apparently, the international mediators have lost patience over the lack of progress reached so far to resolve the conflict that has been ongoing in the east of the country for over two years now, between the central Ukrainian authorities and Russia-backed separatists from the self-declared “republics.”  This conflict remains effectively frozen, with little sign of readiness to compromise from both sides – each of which sticks to its entrenched positions.  There are no longer large-scale military clashes, but the front-wide ceasefire, concluded in February 2015 as part of the Minsk II deal, has been regularly – albeit with a varied intensity – violated.

However, the new plan is hinged on many “ifs,” the primary one being a standpoint taken by Ukraine.  It looks as though the latest German-French initiative to move forward in parallel on both political and security issues is running counter to Kyiv’s prolonged insistence that security should come first.  This insistence has allowed the Ukrainian side to avoid making concessions on such sensitive issues as local elections in Donbas and a special autonomy status for the rebel territories, something Russia has been demanding all along.  As a result, more than ever before Kyiv is now under pressure to agree to what it considers to be Russia-favoured terms.  Such terms could prove unacceptable to the current Ukrainian authorities. 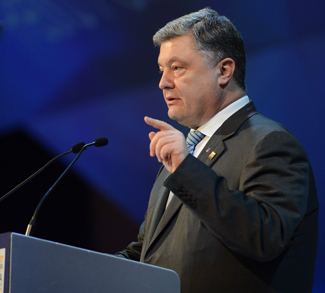