The Pakistan Taliban Strike Back 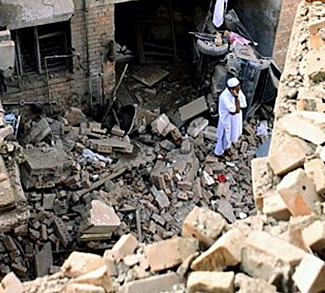 It turns out Islamabad’s reprieve is to be short-lived, as the Pakistan Taliban are once again striking at the heart of the Pakistani state.

Interior Minister Rehman Malik’s assertion that, “The enemy has started a guerilla war” is a sound characterization given this latest offensive in Pakistan. These attacks were fierce, organized, and are ultimately meant to signal the Tehreek-e-Taliban Pakistan‘s(TTP) continued relevance in the wake of Baitullah Mehsud’s death. A secondary objective might also be to bait the Pakistani military into a premature push into South Waziristan, thus drawing them into a ‘hornet’s nest.’

The tactics being employed – head-on assaults combined with suicide bombing – suggest a high level of training within the Pakistan Taliban. Witnesses in Lahore described militants with advanced shooting skills who could scale walls with military efficiency. Moreover, the scope and organization of the Lahore attacks, involving three different groups attacking three targets, reflects a level of sophistication far beyond the marketplace suicide bomber.

That being said, it is impossible to know what the TTP had to sacrifice to pull off this operation. It’s possible that they were willing to take a large hit on their capacity for future attacks, both in trained personnel and equipment, in order to strike high-profile, hard targets.

That Lahore was a target is a foreboding sign insofar that it reflects advancing Talibanisation out from the tribal areas and into the more ‘settled’ areas of Pakistan. Rumors persist that the Lahore attacks were not the hand of militants infiltrating from the tribal areas but rather a local ‘Punjab Taliban’.  If true, it means that the Pakistan Taliban is evolving a command structure similar to that used by their comrades in Afghanistan: a de-centralized, flexible system that survives even when the head is cut off.

With this latest wave comes the realization that Lahore’s relative calm is a thing of the past.  The city will continue to represent an appealing target, as attacks in Punjab strike directly at the heart of Pakistani state institutions.

With 150 dead in just a few weeks, the long-delayed Pakistani army offensive in South Waziristan is now taking on the air of a foregone conclusion. Islamabad has thus far been hesitating because of logistical and political factors, and perhaps also out of the hope that  the possibility of a South Waziristan offensive could be used to pressure for a Kerry-Luger bill with no strings attached. However, that ship has sailed as President Obama has just today signed the bill into law.

Internal and external pressures originating from the United States and an increasingly embittered security establishment within Pakistan have made a South Waziristan campaign inevitable. Now the only question is when it will begin. The Pakistani Air Force has already started launching strikes against targets within South Waziristan, and 28,000 Pakistani troops have been amassed on the border.

It is extremely likely that the BBC News leak claiming President Obama will soon approve a troop surge in Afghanistan is accurate. With the Obama administration’s re-branding of Afghanistan and Pakistan as the same campaign theatre comes the tacit understanding that whatever the solution to the region’s militancy problem ends up being, it inevitably involves both states. The prospects for a successful Pakistani push into South Waziristan are improved tenfold if similar pressure is being applied by NATO on the other side of the border.

This is well understood by both the Pakistanis and the Americans, so it shouldn’t come as a surprise when President Obama eventually approves a troop surge for Afghanistan. In the time it will take to get new American troops in place, Pakistan should be able to consolidate gains in the Swat Valley and wait out the winter. Next spring could very well herald Washington’s final ‘hail mary’ attempt to stabilize the region in the form of a pincer movement from both sides of the Durand Line.

The Strike that Rattled US-Pakistan Relations 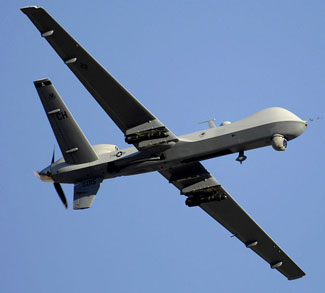 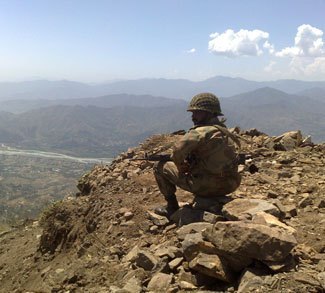