Among other players in the global arms trade, the European Union stands out as a unique case as a supranational grouping that has little substantive integration in the defense field. However, three of its largest members – France, Germany, and (for the time being) the United Kingdom – rank in the top six arms exporters in the world from 2013-2017.

Yet when you combine the global market share of these three EU states over the past five years, it equals just 17.3% – well short of Russia’s 22% share and the United States’ 34%. The shortfall is particularly stark given that the combined GDP of the EU three is nearly six times the size of the Russian economy. The combined military budgets of the EU three is more than two times what Russia spends. And though French (5%), British (9.6%), and German (1.6%) defense companies are altogether more represented compared to Russian ones (7.1%) on SIPRI’s list of the world’s top 100 private defense contractors, the United States blows them all away with a staggering 57.9%. Indeed, most of the world’s largest defense companies continue to be found in the United States.

The above disparity stems from the fact that EU companies are at a significant market disadvantage vis-à-vis the United States and Russia, both of which can rely on a combination of government subsidized R&D, advanced industrial consolidation, extensive and reliable foreign buyers, and consistently high military budgets to provide a competitive advantage for their domestic arms companies. Though it’s easy to add the military budgets of EU states together to illustrate a point, the reality of current EU law is that these resources aren’t being pooled to create new efficiencies in procurement or research & development. As a result, EU governments are getting less bang for their buck on defense spending and the EU is punching below its economic weight in the global arms trade.

How inefficient is the current EU military industrial complex? According to the EU’s official statistics, a lack of cooperation between members states costs anywhere between 25 billion to 100 billion euros per year. The industry falls almost exclusively under the purview of national governments, with around 80% of procurement and 90% of R&D being conducted on a strictly national basis (2014 numbers). As a result, the EU is home to over 178 types of weapon systems, compared to 30 in the United States. The armies of EU member states field 17 different types of battle tanks; in the US Army there’s only one type. It’s estimated that by cooperating on defense procurement procedures alone, member states could save up to 30% on their defense budgets.

The numbers suggest that there’s a lot to be gained in terms of continental defense just by targeting the low-hanging fruit of eliminating redundancies and fostering cooperation and consolidation in the European defense complex. Defense integration in the EU is thus a two-track process: realizing the ever-controversial idea of an ‘EU army,’ with all its associated historical and command-and-control headaches, and reducing industrial and bureaucratic inefficiencies, which in theory could dramatically improve national capabilities and, since the EU is the sum of its national parts, continental defense as well.

As examined in the first article in this series, there’s an overarching economic logic to the consolidation of the EU’s defense industry. Like in the United States and elsewhere, war is big business and it employs hundreds of thousands of Europeans up and down the defense supply chain, and in supporting industries as well. According to EU statistics, the continental defense industry was worth $97.3 billion in 2014, employing 500,000 people directly and another 1.2 million in indirect jobs. The industry also involves over 2,500 small and medium-sized enterprises (SME) producing critically important parts of the defense supply chain; these SMES are mostly concentrated in France, Germany, Italy, Spain, Sweden, and the United Kingdom.

The EU Finds Its Political Will

In the elevated threat environment of the Cold War, West German defense spending routinely exceeded the current NATO target of 2% of GDP, peaking at 3.13% of GDP in 1975. When the Berlin Wall came down in 1989, Bonn’s was spending the equivalent of 2.4% of its GDP on defense. But since then spending levels have trended downward, hitting a low point of 1.179% of GDP in 2016. The German case is one of the more extreme examples of a prevalent trend in the EU, that of the post-Cold War peace dividend. With the immediate threat of Soviet aggression removed, European governments stopped prioritizing the security realm and were content to rely on UN and NATO operations for continental defense and peacekeeping. The trend culminated in European leaders taking a backseat to Washington-led efforts to resolve conflicts in the EU’s own backyard, namely the Bosnian war of 1992-1995 and the Kosovo war of 1999.

Two unexpected developments have since shaken EU leaders out of their post-Cold War reverie. First and arguably most important is the 2014 Ukraine crisis which, in Russia’s sudden and apparently lasting annexation of Crimea, demonstrated that territorial acquisition by force (or other oblique means) is still very much a part of the modern foreign policy toolbox. The Ukraine crisis also brought certain uncomfortable truths into sharp relief. Some are old, like the overwhelming numerical superiority of the Russian army vis-à-vis the combined armies of Europe; some are new, like the lack of any credible swift response or deterrence options for Brussels.

The other wake-up call was Donald Trump’s election as US president. Trump has taken a diplomatic hatchet to the transatlantic relationship, savaging relations with the EU on several fronts: trade, climate, the Iran nuclear deal. But most damaging of all has been President Trump’s approach to NATO, which has hitherto formed the backbone of European defense. Trump’s constant haranguing of European leaders to spend more on defense under threat of ­leaving the Transatlantic Alliance could ultimately produce the opposite of their intended effect. By openly questioning the immutability of NATO, Trump has underscored the need for Europeans to take responsibility for their own security. And so far, EU leaders appear eager to rise to the challenge.

*This article is the first in a series:

Part 2: The EU Defense Industry: Consolidation toward an ‘EU Army’?

Part 3: The EU Defense Industry: In the Shadow of Brexit

DARPA: A Glimpse of All Tomorrow’s Weapons 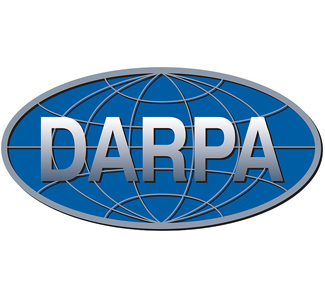 Backgrounders December 3, 2012
Back to Top