On July 9, President Donald Trump announced his second Supreme Court nomination: Brett Kavanaugh. As with his last judicial pick, the resulting media firestorm didn’t fail to sweep us off our proverbial feet and carry us back into our partisan corners. What else is new?

However, this time the nomination process is taking a little more of a drastic direction. Not only for political reasons, as Kavanaugh’s appointment would secure a conservative court majority for years to come, but also for practical ones. Repeatedly, the White House has refused to hand over documents relating to Kavanaugh’s past work for the Bush Administration as a secretary, and Republicans on the hill, who obviously can’t afford for their names to be attached to a potentially botched SCOTUS nomination this close to November, are backing them up.

Left with very little options, Sen. Richard Blumenthal (D-Conn.) was forced to take the drastic step of making a FOIA request. “Every Democratic member of the Senate Judiciary Committee is joining in a series of Freedom of Information Act requests … requesting records from Brett Kavanaugh’s time in the Bush White House,” Sen. Blumenthal told reporters while on a conference call. “We need these documents to do our job,” Blumenthal continued. “There is too much at stake to accept anything less than a complete picture of Judge Kavanaugh’s background.”

But that’s not even the most severe of the headaches that the administration faces on their judicial nominee.

Senate Democrats are undoubtedly preparing to press Kavanaugh on his recently uncovered close relationship with former Judge Alex Kozinski, who was forced into retirement last year by a sexual harassment scandal that garnered national headlines. Not only that, but Kavanaugh clerked for Kozinski at the time of the affair and has even referred to him as one of is mentors.

All of this begs the obvious question: How much did Kavanaugh know?

“Sexual harassment and workplace misconduct in the federal judiciary is a matter of concern to all of us, including Chief Justice Roberts, who convened a Judicial Conference working group to assess the problem and propose solutions,” Sen. Mazie Hirono (D-Hawaii) announced through an aid to the press. “Given Judge Kavanaugh’s close relationship with former Judge Alex Kozinski, the subject of numerous harassment complaints, we need to know what Judge Kavanaugh knew and his views on this serious problem,” the senator continued.

Despite what the talking heads on Fox News are saying and frantically dramatic columnists at the National Review are spewing, it’s plain to the politically unbetrothed laymen through Kavanaugh’s own words, and the words of those who know him best, what he is – and it isn’t a Neil Gorsuch 2.0. Because, you see, that’s the main argument. Neil Gorsuch was the relatively clean, conservative poster child for Republican orthodoxy who would’ve been the subject of an Antonin Scalia wet dream. And despite clear policy disagreements with liberals across the aisle, he was the best possible nominee they could’ve asked for at the time.

Although as of late, the Trump legal team is probably singing a different tune. In one of his first decisions on the bench, Gorsuch sided with his liberal colleagues against the U.S. government in a 5-4 ruling that determined a clause in federal law allowing the deportation of foreigners found guilty of a “crime of violence” unconstitutional because of unnecessarily vague phrasing. “The law’s silence leaves judges to their intuitions and the people to their fate. In my judgment, the Constitution demands more,” Gorsuch concluded in his concurring opinion.

However, only days after the rejection of the administration’s immigration policy, the president demanded that Congress pass an even stricter law, and administration officials promptly began leaking rumors that Trump was understandably frustrated with Gorsuch, labeling him too liberal. It probably doesn’t help much that Gorsuch has been quoted calling Trump’s attacks on the federal judiciary “demoralizing and disheartening” either.

If President Trump was looking to begin a Rooseveltian ‘pack the court’ strategy with Gorsuch, he was sadly mistaken. To his credit, Gorsuch has proven to be an independently minded justice determined to stay clear of political allegiances; ironically enough, much like retiring justice Anthony Kennedy. Brett Kavanaugh isn’t Neil Gorsuch; on the contrary, he is the anti-Neil Gorsuch. Not just in terms of political loyalty to the administration, but also through clear philosophical differences.

The biggest differing factor? Allow me to be frank: Gorsuch is a constitutional conservative with originalist leanings, while Kavanaugh is a partisan lapdog with submissive tendencies when faced with power, and a worryingly abundant understanding for those who have disrespected the constitution he claims to protect.

We’ve come to assume, with a readily naive confidence, that the vast majority of our fellow man have a basic handle on right vs. wrong, but low and behold, Mr. Kavanaugh gives us all a well-deserved if not a little eccentric jolt from that fantastical mental slumber with his ideas on executive power. In a transcript published by the Washington Lawyer magazine in 1999, Kavanaugh is on record stating such alarming views as: “Should U.S. v. Nixon be overruled on the ground that the case was a nonjusticiable intrabranch dispute? Maybe so.” And: “But maybe Nixon was wrongly decided — heresy though it is to say so. Nixon took away the power of the president to control information in the executive branch by holding that the courts had power and jurisdiction to order the president to disclose information in response to a subpoena sought by a subordinate executive branch official.”

The article, among other things, reveals a dangerous simplicity that lies at the heart of Kavanaugh’s judicial outlook, that power is to be revered as well as respected, not criticized or challenged. With so-called ‘constitutional’ conservatives like these, who needs authoritarians?

In an AP interview back in July, Watergate prosecutor and discussion moderator Philip Lacovara made clear this wasn’t just a spook with Kavanaugh. “That was Brett staking out what has been his basic jurisprudential approach since law school,” he said. Needless to say, Gorsuch probably agrees with the vast majority of his colleagues in legal circles, that U.S. v. Nixon set a proper precedent for limitations on executive power.

Do the contrasting beliefs stop there? Not even close. Gorsuch isn’t so bold as to aggressively try to undo such a complicated and far-reaching decision as Roe v. Wade out of hand, even stating during his confirmation hearing that it was the “law of the land.” Kavanaugh? Well, let’s just say if I had a dime for every time he generalized such a polarizing issue, I’d be richer than Donald Trump’s legal team. And although it goes without saying these days when it comes to Republican nominees of any kind, Kavanaugh is extremely pro-corporation. Shortly before his official nomination, the Trump White House sent out a list to market giants detailing 75 times Kavanaugh sided with big business, hoping to gain some good karma with business elites.

It’s not unheard of for a president to pick the man who best fits his own personal mold of politics, and it’s definitely a repugnant presidential tradition that knows no partisan adherence. While it may be understandable from a strategic point of view, even logical, to appoint a man who strongly believes in executive privilege when you, the executive, are under threat politically, morally speaking, it’s disastrous to the conscious of an upright man.

Will Brett Kavanaugh make it to the Supreme Court? Most likely. But regardless, if his ascension is inevitable in a Republican-controlled Senate, his selection at the very least tells us something unsettling. Trump isn’t just trying to beat the legal system that continuously sets his policies back; he’s trying to tame it.

Fresh Off a Midterm Win, GOP Already Looking to 2016 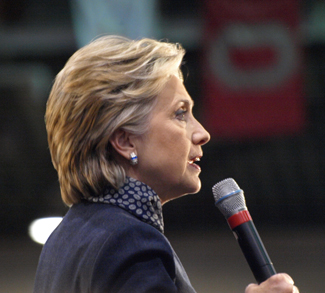 Interview: Dr. Parag Khanna on How to Fix the US Political System

Democracy and the Arc of Progress