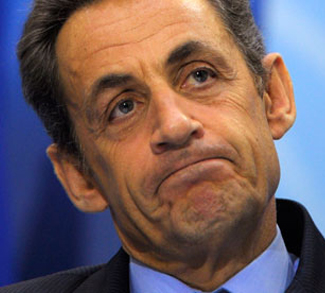 It is unlikely Nicolas Sarkozy will be reelected president of France on May 6.   Francois Hollande, leader of the Parti Socialiste, won the first round of voting on April 22. He is the third socialist candidate to win the first round of voting in France’s history after Jospin (1995) and Mitterand (1988). The success of the socialist candidate has raised doubts as to whether Sarkozy can garner the last minute support he needs to win, says Adriano Marchese of Geopoliticalmonitor.com.

The general mood of the electorate in 2012 is significantly different than it was in 2007—both in France and Europe.  National unemployment levels are at their highest in over a decade at 10 percent, rising 2 points since 2007.  Public debt has increased from 66 percent of GDP to close to 89 percent today—not quite at the astronomical levels of Greece or Italy but still worrisome.  The economic uncertainty in Europe only exacerbates French concerns at home.  To avoid widespread austerity measures, the French are now willing to compromise prosperity for economic security. Nationalist platforms that promote ‘tending one’s own garden’ have therefore been popular this election.

The elections will also decide France’s position towards the European Union.  France has the second largest economy in Europe after Germany. Their economies have been the backbone of Europe’s financial stability.  Over his presidential term, Sarkozy built and maintained a close relationship with German Chancellor Angela Merkel.  They have kept Europe away from the brink of complete collapse through implementation of rigorous austerity measures on lagging EU member states.

Like Sarkozy, Hollande promise to keep close ties with the EU. The country’s economy makes its membership integral to the existence of the union.  But Hollande will look beyond austerity to remedy lagging economies. He has rejected the rigidity of Germany’s punitive fiscal policy and therefore pushes for a growth model that aims to bring Europe out of its current economic crisis.  This platform has won Hollande national and international support.  Surprisingly, Hollande’s support has even reached the rank and file of Merkel’s right leaning Christian Democratic Party.

Sarkozy’s party, the Union pour un Movement Populair (UMP), was formed through the merger of Gaulliste-conservatives, Liberal Democrats and other centrist parties in 2004. These parties were a staple of French politics since Charles de Gaulle presidency (1959-1969).  In 2007, the economic outlook in France was positive.  Expectations of growth and prosperity were reflected in Sarkozy’s gregarious personality.

However, Sarkozy’s term was tarnished by unpopular reforms that were often at odds with his electoral base.  The fiscal package of 2007 was met with criticism as mostly the wealthy were eligible for its benefits.  Sarkozy also introduced the law of Liberties and Responsibilities of Universities.  In theory this law was designed to promote financial autonomy within post-secondary institutions.  In practice, however, it ultimately led to significant cut-backs that resulted in widespread opposition and organized demonstrations throughout the country.

Sarkozy’s controversial policies ultimately alienated himself from the foundation of his electoral base – students and middle-class citizens.  The result has been a radicalization of former moderate voters.  Given these circumstances, the unprecedented support for Mélenchon’s Left Party and Le Pen’s National Front in the first round of voting was unsurprising.

With only 11 percent of the vote, Mélenchon’s campaign reinvigorated the far left.  But with Mélenchon ousted in the first round, Hollande can expect to attract residual voters of the left. Conversely, Marine Le Pen’s National Front appealed to ultra-conservative, xenophobic and anti-EU voters. Le Pen received 20 percent of the vote. Those voters are now being targeted by Sarkozy’s last minute campaign efforts.

The key to winning the presidency for Sarkozy rests with the 20 percent of swing voters who formerly aligned themselves with the National Front.  Sarkozy hopes to win over these voters by promising tighter immigration policies.  However, these attempts might not be enough to shed general discontent with his performance.  Sarkozy’s efforts were further hindered following Le Pen’s statement where she urged her supporters to abstain from voting altogether.

The popularity of Hollande, after almost three decades of conservative leadership, can largely be attributed to widespread economic fears. The French want a leader that will protect the middle-class, stabilize the economy and safeguard the welfare state.  Parallels can be made of Hollande’s policies to those of FDR.  Like FDR, Hollande proposes to increase taxes, create jobs and keep the country stable in times of economic uncertainty. The French will cast their vote on Sunday.