Riyadh Feels the Pinch: The True Cost of Saudi Subsidies 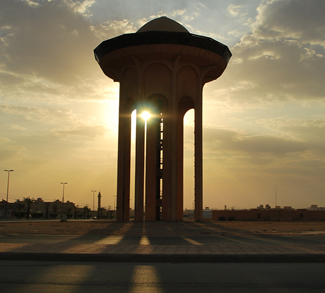 Saudis pay about 60 cents a gallon at the pump, which makes the average cost to fill a tank less than $20. Electricity, powered primarily by oil, costs only USD 0.6 per kilowatt hour. Drinking water supplied to Saudi households is so cheap that it is practically free. These low commodity rates are viewed by many as traditional perks of Saudi birthright, and Riyadh has traditionally shied away from raising tariffs and risking public ire. Placating the masses through subsidies and handouts, after all, has been a successful strategy for maintaining the House of Saud’s enduring grip on power in a region plagued by uprisings and political volatility. Saudi Oil Minister Ali al-Naimi recently reaffirmed that there is no “dire need” for the Kingdom to cut energy subsidies in response to rumors that Riyadh was discussing adjustments to the subsidy program.

Yet a system of high subsidies is ultimately unsustainable for the Kingdom. Most obviously, the costly system is contributing to a rapid depletion of governmental coffers. With oil prices still slumping, Saudi Arabia faces skyrocketing debt and depleted monetary reserves. Equally important – high subsidies distort the true cost of resources, encourage overconsumption, and foster a public misperception that energy and water supplies are inexhaustible.

The Kingdom’s energy subsidy program runs up an annual bill of over $107 billion, or 13.2% of the country’s total GDP. This year has seen plenty of additional discretionary spending by Riyadh as well. When King Salman ascended the throne in January, Riyadh doled out $32 billion in handouts as a gesture of goodwill. Saudi Arabia first launched air strikes in Yemen this March, and ongoing military involvement is exorbitantly expensive.

All of these added expenses have steadily hemorrhaged the Saudi national budget at an unprecedented rate, and the rest of the world has taken note. Several weeks ago, Standard & Poor’s downgraded the Kingdom’s credit rating due to excessive Saudi expenditures and persistently depressed oil prices. After years of healthy budget surpluses from high oil revenues, Saudi Arabia will experience a large budget deficit in 2015 – as much as 20% of the country’s GDP. If oil prices fall any lower, that deficit will climb. Even more alarmingly, the International Monetary Fund predicted that Saudi Arabia could completely deplete its fiscal reserves by 2020 if oil prices fail to rebound and high governmental spending continues unabated. If the country does manage to burn through its multi-billion dollar stash of cash reserves, it has only its own negligence to blame.

Depleted fiscal reserves aren’t the only source of concern for the country – Saudi Arabia is also draining its energy resources, the lifeblood of the country’s economy. Domestic oil consumption increases by more than 7% a year, which disproportionately outstrips the population growth rate. The country burns about 25% of its oil on domestic consumption alone, cutting into potential export profits in a challenging energy production environment.

Power demand grows by almost 8% every year, and low electricity prices discourage innovation and investment in energy-efficient alternatives. Tellingly, Saudi Arabia is one of the largest consumers of crude oil for electricity generation in the entire world. Increasing water demand further strains power generation capabilities. The Kingdom depends on desalination plants for the bulk of the country’s potable water supply, which require roughly 8 times the amount of energy as traditional groundwater extraction methods.

Domestic energy consumption is so out of control that Citigroup famously estimated that Saudi Arabia could become a net energy importing country by 2030 – an unthinkable demotion for the world’s oil kingpin. Even so, the more immediate problem for the Kingdom is a looming water shortage. The World Resources Institute lists Saudi Arabia as one of the world’s most water-stressed countries, but the Kingdom continues to consume water at double the average world consumption rate. The effects of never-ending water demand are already apparent. The country’s depleted domestic aquifers can no longer support water-intensive agriculture. By 2016, Saudi Arabia will become 100% dependent on foreign wheat imports after years of relative self-sustainability.

Alternatives for the Kingdom

First, Riyadh has attempted to outsource its water shortage by purchasing resources overseas. The Kingdom secured a large swath of fertile Arizona land to grow alfalfa hay for its domestic dairy herds. Purchasing foreign resources remains an option for Saudi policy-makers only if their cash reserves endure. This strategy, however, fails to tackle the underlying problem of overconsumption that led to the country’s aquifer depletion in the first place.

Second, the Ministry of Water and Electricity announced plans to double water tariffs for corporations and industries by December of this year. These rates will not impact individual consumers, suggesting that the government is still too afraid of public backlash to charge consumers for the full price.

Saudi Arabia must tackle its issues of overspending and overconsumption more aggressively by cutting dependence on governmental subsidies. Continued subsidization encourages overconsumption of resources, reduces incentive for energy-efficient innovation, and rapidly depletes national savings. The situation in Saudi Arabia may not yet be “dire,” as al-Naimi asserts. In the current oil price environment, however, Saudi Arabia should be more concerned about preserving its resources than preventing public disapproval. Otherwise, those luxury SUV sales and grassy parks might not last much longer. 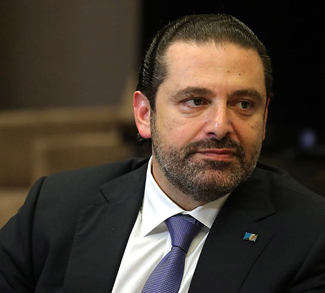