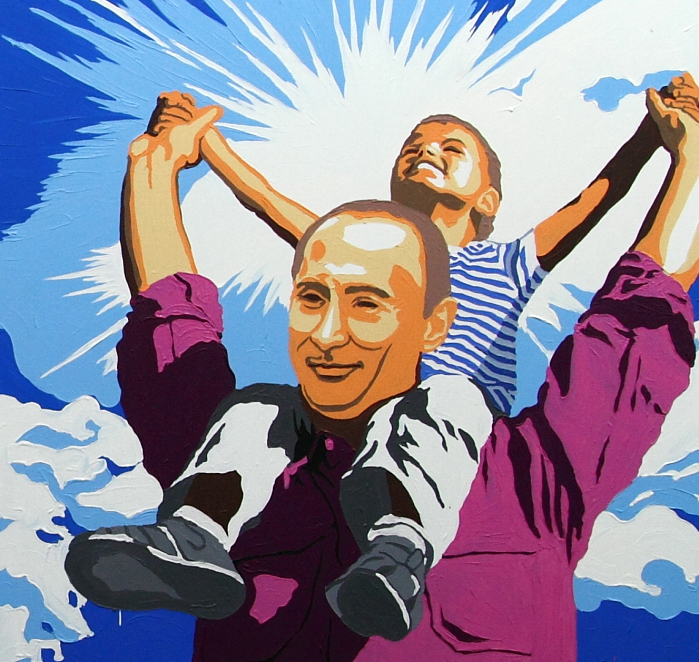 There has been much speculation and concern about the goals of Russian President Vladimir Putin in Syria. Many commentators, including President Obama have said that Putin is making a serious mistake getting involved in the mess that is Syria. From the perspective of a Western politician that would certainly be true. But for an authoritarian country like Russia winning is measured differently.

The first and most obvious benefit to the Russian intervention in Syria is to prop up the faltering Assad regime. Syria, a longtime client state of Russia and the Soviet Union is a valuable foothold for Russia in the Middle East. Russia is supporting Iranian development of a Shiite power arc that stretches from western Afghanistan to Lebanon through Iran, Iraq, and Syria.

Keeping Assad in power is the preferred result for Russia. It is necessary to prevent either ISIS, a Turkish client state, a Sunni-led authoritarian state or a Western backed democracy from coming to power in Syria. Of these four options, an ISIS state would be the preferred outcome for Putin. But it would only be temporary because it would force the West to become much more involved in removing ISIS and installing one of the other options. Stability and nonalignment with Russia would eventually result in gas and oil pipelines from the Arabian Peninsula to Turkey and Europe. Undercutting the Russian efforts to control the European market. For Putin, Assad does not have to win, he just has to survive. Putin needs to prevent anyone aligned with the West from winning.

As long as Russian forces are in Syria protecting Assad it makes it very difficult for others to attack Assad and his forces. As soon as the Russians started unloading troops and aircraft in Syria, the US was making contact with the Russians to discuss deconfliction of the battlefield. To prevent an incident between Russian and Allied aircraft, Russia will likely push for buffer zones around Assad’s forces that are being protected by the Russians. The Russians will agree to cooperation only in attacking ISIS and other rebel groups.

In any kind of agreement the Russians will want detailed information about the non-ISIS rebel forces as well as the ISIS forces. There is already an intelligence sharing agreement between Russia, Iran, Iraq, and Syria for targeting ISIS. It most likely extends well beyond that. The Russians call all of the anti-Assad forces terrorists and consider them all legitimate targets. Putin does not respect the Western Allies enough to even blame a lack of cooperation for the attacks on Western-backed rebels. He thumbs his nose because he understands the moral weakness in the current Western leadership.

The West is spending billions in Syria and Iraq without any signs of success. Russia and now China can spend far less to prevent a Western victory in the Middle East. While the Obama administration is not likely to change course and work for a victory, the next administration is likely to be far more assertive in achieving some type of success in Syria and Iraq. Regime change in Syria will have to be a part of that. With Russia and China providing protection for Assad, any efforts in Syria will have to be worked out with them. In addition to their veto in the UN they now have a veto on the ground. As long as the West cannot stabilize the Middle East they will not be able to shift more attention to Ukraine or East Asia. This will give Russia and China more space to maneuver in areas that are truly important to them.

The other significant opportunity that has fallen into Putin’s lap is the refugee crisis in Europe. The world has witnessed the strain on European cohesion. The EU has already been under strain from many issues including; differences between the creditor and debtor nations, a sluggish economy, austerity measures, unemployment, separatism, sanctions on Russia, and numerous sovereignty issues.

In the near future the pressure to do something about the refugee crisis at the source may have resulted in an operation to create safe areas and/or regime change in Syria. The Russian forces in Syria certainly complicates such a scenario if not making it impossible. They will most likely insist that any safe areas be under the authority of the Syrian government. Any attempts at regime change will run the risk of incidents between Allied and Russian forces.

Two-thirds of the Syrian refugees are displaced internally. Putin can influence and facilitate their mass migration to Syria’s neighbors and then on to Europe to cause more disruption. Already Turkey, Jordan, and Lebanon are under great strain from the large numbers of refugees on their territory. Pressuring the Sunni internally displaced persons to flee Syria will make the country’s demographics more favorable for the ruling Alawites. With another huge influx of refugees Syria’s neighbors may close their borders or facilitate the movement of refugees to other countries. Russian intelligence working through organized crime groups can use the flow of refugees to put pressure on the EU. This is another front in Putin’s war to fracture the EU and NATO for strategic advantage. By driving those internal refugees that are undesirable to the Syrian regime to Europe they can further destabilize the EU.

Putin has already been quite successful in fomenting division in the EU. He has long manipulated CEOs and government officials with differential gas prices. Just last month he was able to get Germany to betray Ukraine and much of Eastern Europe with the Nord Stream Two agreement. There is division in the EU about sanctions against Russia. Many want to restore trade with Russia to help the EU economy. Russia and their European apologists are using Russian proposals to fight ISIS as another excuse to normalize relations with Russia.

Putin has provided funding to fringe political parties on the left and the right throughout Europe. Many of these parties already have an anti-EU platform. The right-wing parties also tend to be anti-immigrant and nationalist. Putin can further aid these groups by flooding Europe with refugees, especially Muslim refugees. These parties are already using the refugee crisis to stir up a populist backlash against immigrants and the EU system. Even if these fringe parties do not come to power it puts pressure on the mainstream parties to adopt some of their positions.

European countries have already closed some of their previously open borders. When several million more refugees show up on European shores the crisis will become much worse. Extreme left and right wing political parties have already been gaining support in Europe due to the economic stagnation and perceptions of loss of national sovereignty to the EU. Millions of Muslim refugees will only exasperate this problem. As public and political resistance to the immigrants builds the humanitarian situation of the refugees will worsen.

In the midst of the refugees there are undoubtedly some Islamist radicals. They will use any humanitarian problems in Europe to help them radicalize more refugees to continue their war against infidels in Europe. The alienation that many of these immigrants will feel because of the increasingly unwelcoming reception they receive, especially among young men, will drive more into the arms of the Islamists. This will increase the terrorist threat, further destabilizing Europe.

While Russia did not start the refugee crisis they may have found a way to exploit it to further their hybrid war against Europe. While the direct benefits of intervention in Syria are valuable to the anti-West coalition that Russia is forming, the far greater benefit could be a devastating flank attack on European unity.