Pakistan on the Path to Civil War? 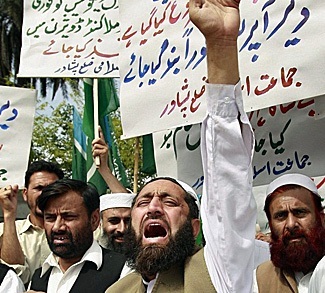 The cohesion of the Pakistani state has faced many challenges in the past decade, but none as grave as the threat posed by the radicalization of its North-West Frontier Province (NWFP).

The Pakistani government’s recently brokered deal to administer Sharia law in the Swat valley region of the NWFP can be interpreted as a gamble, one necessitated by an ever-increasing material and spiritual fatigue in the fight against militancy. The hope was that if the government acquiesced on the one major goal that Taliban and local civilians share, the population would in turn be less supportive of armed Taliban resistance in the future. Early signs seem to suggest that the gamble will not pay off. Contrary to the process of disarmament that the deal envisioned, Taliban militants have made it clear that they intend to spread their influence to areas not covered by the agreement.

On Tuesday, Taliban militants began converging on the Buner district, an area home to over half a million people. According to eyewitness reports, they were well armed, carrying mortars, rocket launchers and grenades. Government storehouses were raided for supplies, and mosques were used as recruitment stations.

The initial government response to the incursion was non-existent. Militants met with no resistance from security forces and police forces were instructed to stay inside their barracks. Under pressure from a torrent of criticism from both domestic and foreign sources, the Pakistani government eventually authorized the deployment of eight army platoons to protect government buildings and bridges in Buner. As of Friday, Taliban militants have begun to withdraw back into Swat.

The area currently under the influence of the Pakistan Taliban has a great deal of geostrategic importance. Operating out of the Swat valley, Taliban militants can easily slip into Islamabad and embark on a bombing campaign aimed at destabilizing the already fragile Pakistani government. The area also potentially acts as a springboard for sending men and arms into Afghanistan as well as launching attacks on NATO supply convoys moving along the Grand Trunk Road. Attacks on oil tankers en route to supply NATO forces in Afghanistan are already becoming increasingly frequent.

The situation represents a serious threat to American interests in the region.  The Afghanistan operation, energy security, and the stability of a key ally in Pakistan are all jeopardized if the Taliban establish a territorial base. As such, it is not surprising that the Obama administration is taking a keen interest in recent events. Michael Mullen, Chairman of the Joint Chiefs of Staff, has visited Pakistan twice in the past two weeks and Secretary of State Hillary Clinton has also publically made it exceedingly clear that the administration is very concerned, characterizing the situation as a “mortal threat” that needed urgent attention.

American concern is justified, as Talibanization is not the only threat to the cohesion of the Pakistani state. The large Balochistan province in Southwestern Pakistan is home to its own nationalist movement that has recently been roused to action after the killing of three ethnic Baloch leaders. Extraterritorial American strikes, such as the one last week in South Waziristan that killed 3 people, continue to sow anger towards pro-Western government policies and discord among the population. These burdens are all bearing down on a government that is still fragile and endeavoring to establish democratic credentials in spite of a long period of authoritarian rule and the open wound of the Benazir Bhutto assassination.

Ideology, a territorial base for recruitment, and arms are all important pre-requisites for any secessionist movement. Recent Taliban gains on all three fronts point to an increasing escalation of violence moving forward. In the worst case scenario, all of these volatile situations simultaneously come to a head, fracturing already fragile government institutions and plunging the country into civil war. 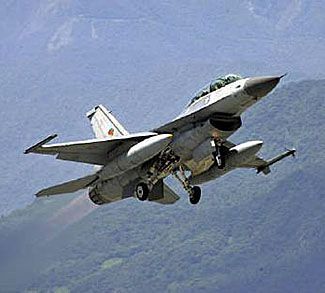 Situation Reports August 3, 2017
Back to Top