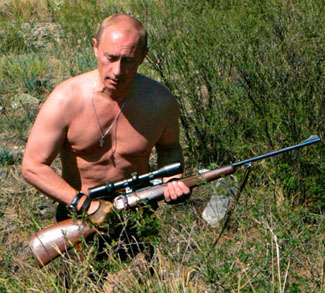 Russia’s economy continues to face serious structural problems dating from the Soviet era, even as the country’s currency recovers from the plunge it took last winter. Back then the geopolitical fallout from Russian activities in Ukraine, an unexpected plunge in oil prices, and sharp capital outflows from firms worried about capital controls led many to predict a collapse in the value of the ruble. However the onset of spring together with the latest ceasefire in Ukraine more-or-less holding has allowed a fragile sense of calm to return regarding Russia’s economic prospects.

The formation on schedule of its inefficient Eurasian Economic Union, a partial recovery in the price of oil, and sustained energy demand from China (even with a slowdown there), have combined to allow the Kremlin to resume a business-as-usual approach in foreign relations. Yes, Russia’s economic situation has deteriorated is their message, and yes, capital is still leaving Russia, albeit at lower rates than the peak of the winter crisis. But there will be no rerun of 1998, with a currency meltdown followed by a default. The last part is vital for President Putin’s political image, which is built around not being Boris Yeltsin. It was the Yeltsin administration’s corrupt and mismanaged transition of Russia from central planning to capitalism that laid much of the groundwork for Putin’s authoritarian centralization of the Russian economy into a state-led model of crony capitalism.

This ruble crisis must therefore stand out as a missed opportunity for Russia’s economic modernization. Putin has shown no inclination to either loosen the state’s hold on the lucrative energy sector, which has held back and corrupted Russia’s development, nor to reduce the 18.7% of the government budget devoted to defense in an economy approximately the size of Spain. In February, as Russia headed into recession, most programs were in line for 10% cuts but a 33% boost to defense spending still went ahead. Russia’s economy was vulnerable to Western sanctions precisely because of its overreliance on energy prices and because Mr. Putin conceives of Russia’s international standing flowing from its military power rather than economic clout. In fact, in the modern world, only a diverse and growing economy that is resilient to shocks can support a sophisticated military over the long-term.

Mr. Putin was recently heard to declare that Russia had passed the peak of its economic crisis; the ruble is currently one of the best performing emerging market currencies, crude oil prices are up to $55 and capital outflows from the financial system in the first quarter of 2015 dropped to $32 billion. By contrast in the last quarter of 2014 capital flight hit a peak of $77 billion, according to a Chatham House report. The imposition of informal capital controls and intervention in support of the ruble prevented a rout and 2014 even ended with a modest growth in GDP of 0.3%. Sadly short-term finesse at crisis management does not translate into credible long-term economic planning.

The Russian budget misallocates resources on defense which would better spent on educating its workforce, and keeping it working

The Russian budget misallocates resources on defense which would better spent on educating its workforce, and keeping it working. Compared to the military, education is currently languishing at 11.5% of government spending, while health care gets 10.8%. Meanwhile, investment is still falling year-on-year, manufacturing growth remains weak despite the weak ruble, and annualized inflation is in double figures. These are not the signs of a balanced economy in robust recovery. Instead they show that scarce public funds are still being given to constituencies important to the Kremlin, such as the military, while the government’s revenue streams remain hostage to fortune. An outside event such as Iran resuming large scale oil production or another asset seizure in Moscow could spark a second crisis.

The roots of Russia’s vulnerability go deeper than Ukraine or the price of oil – simply put, the present political economy of Russia is failing to deliver on long-term economic growth. Political shenanigans over profitable companies have undermined investor confidence in Russia’s post-Soviet property rights regime, while corruption and capital flight have seen much of the proceeds frittered away abroad. The growth of living standards during the first Putin presidency is being frittered away as well, and the trend is set to continue unless Moscow changes its political direction.

What Russia needs now more than oil and gas is a knowledgeable class of educated technocrats and businessmen to create an export-led state industrial policy that diversifies away from arms and energy. Yet educated Russians will not start their own businesses under the current system when they can go into politics and appropriate someone else’s. 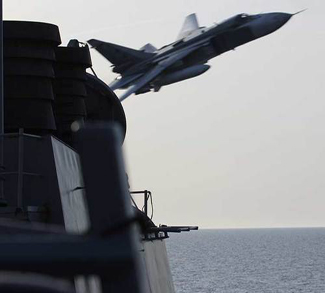 Adapt (Properly) or Perish: Emerging Markets in the Decade Ahead 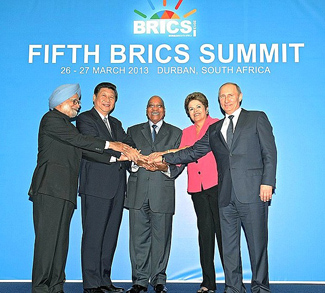