Nuclear Weapons in Lithuania: Defense against Russia or Target for Terrorists? 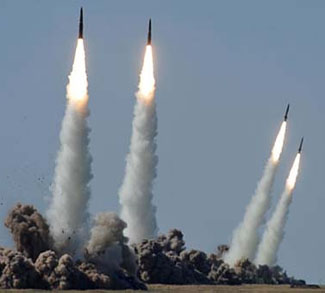 A complex geopolitical situation is forcing the Baltic States and their NATO allies to take unprecedented steps to increase defense capabilities and counter potential aggressors. A new Lithuanian military strategy approved in March describes Russian actions along with terrorism as the main threats for the security of Lithuania, as reported by Delfi.

Unfortunately for the pacifists, the Alliance and Russia today are arming and demonstrating their respective military power. They constantly compare their armed forces’ strength and capabilities, conduct large-scale military exercises, respond to each other by deploying new contingents and military equipment closer and closer to the NATO-Russian border.

The Baltic States have become such a border.

Moscow has placed Iskander-M launchers in Kaliningrad. The Russian Iskander is capable of carrying a nuclear warhead and has never been made available to any foreign army for operational use. The weapon affords Russia the ability to use its Baltic enclave to threaten US missile defense installations in Poland and more generally to intimidate its neighbors – the Baltic States.

During combat operations, it would be used to destroy both stationary and moving targets. Targets would range from surface-to-air missile batteries, enemy short-range missiles, airfields, ports, command and communication centers, factories, and other hardened targets.

He said that the Pentagon is particularly concerned about the Russian air defense system in the Kaliningrad region, a Russian enclave which borders Lithuania and Poland: “Russia now creates the strategy of limiting / blocking access. I do not remember anything else that would bother me as much as this strategy now and it worries me. Russian air defense in the Kaliningrad area increasingly threatens NATO military access to air space in parts Europe.”

The most logical response to this Moscow activity would be deploying nuclear warheads close to Russia’s borders. It has been well-known for decades that the United States still stores nuclear weapons in Europe. The existence of the bombs is officially neither confirmed nor denied. According to The Trumpet, more than 180 American-owned nuclear bombs are stored in the Netherlands, Italy, Germany, Turkey and Belgium. Hypothetically, if a country has nuclear weapons it can deter Russia. The Baltic States do not possess such weapons, but there are some indicators that they are ready to deploy or to be host nations for aircraft equipped to carry nuclear weapons. By the way, just such aircraft were engaged an air policing mission in the Baltics.

NATO has been paying close attention to the modernization airbases in the Baltics. These sites have already been expanded and modernized according to NATO standards. In addition, the United States plans to spend $3 million (EUR 2.65 million) in 2017 on building a munitions storage area at the Air Base in Siauliai, northern Lithuania, according to LETA/BNS. Does it mean that this particular airbase will be used as a storage facility for nuclear warheads? Probably not, but in this case the Baltic States will feel much safer than now.

But there is the other side of the coin. If nuclear warheads were to be deployed on the territory of the Baltic States, they would automatically turn into an attractive target for terrorists.

Inside the halls of NATO, the future of nuclear weapons is a simmering political issue. Some of the nuclear faithful and their new Eastern European allies argue that readiness should be beefed up, and that nuclear weapons should be used more for “signaling” against a militaristic Russia. At the NATO Summit coming up in Warsaw in July, the possibility of a new “strategic concept” involving nuclear weapons is rumored to be on the agenda. But the Baltic States themselves should decide if they want to counter Russia successfully with nuclear weapons, but do so at the cost of simultaneously becoming a terrorist target.