Now May Be the Time for Talks with North Korea 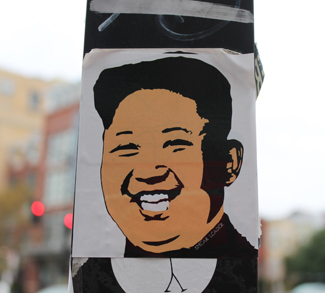 While to most nations, nuclear proliferation is an impediment to international security, to the North Korean leadership, it is a necessary means for ensuring survival. Since its first nuclear test in 2006, North Korea has increasingly relied on the crutch of atomic weapons in the face of ever more hostile neighbors and world powers. The autocratic regime has done little to mask its nuclear ambitions, with missiles, claimed to be capable of delivering a nuclear warhead, tested with increasing frequency. With economic pressures likely to rise as the regime continues to alienate even its traditional allies, the regime has insisted on continuing with these missile tests. Although North Korea has both the largest standing military and reserve forces in the world, any advantage in numbers is negated by its reliance on outdated, early Soviet-era weapons and equipment. This is a primary reason for the shift toward nuclear weapons as a deterrent against international intervention. Although North Korea has yet to test an intercontinental ballistic missile or show that its atomic weapons are adequately miniaturized for warhead use, it’s only a matter of time until the necessary technological developments occur.

Certainly, the world would benefit from a more open, stable, and disarmed North Korea. In an effort to achieve this goal, a number of failed approaches have been pursued. It seems that any lack of compromise on behalf of the international community is taken as justification to increase North Korean alienation, while any concession essentially helps to subsidize the North’s nuclear program. This was seen in the Sunshine Policy between 1998—2008, where South Korea provided no-strings-attached aid to the North, allowing for the unhindered development of its increasingly threatening nuclear program. The Sunshine Policy may have allowed for improved relations, but it clearly failed to make progress toward a disarmed and less hostile North Korea. By providing aid without conditions, the regime was permitted to pursue its nuclear agenda. In order to achieve the long-term goal of opening up North Korea and rolling back its nuclear program, a new strategy is necessary.

While it is clear that a strategy of total complacency is ineffective, the alternative of just giving up on the possibility of improved relations is equally unsuccessful in disarming North Korea.

One prominent feature of previous efforts to reign in North Korea has been the disjointed nature of the international response. Traditionally, North Korea has relied on China as a major economic partner and ally. If disarmament were to occur at any point in the foreseeable future, this close partnership would need to be severed before any meaningful effort can be made towards pacifying the regime. Thankfully, between Kim Jong-Un’s erratic and inflammatory actions and China’s ascension into the role of a global authority, the relationship between the neighboring nations is already strained. The deterioration of this relationship shows that North Korea has lost even its closest of friends, and for the first time, an opportunity for a united international front against North Korean aggression presents itself.

While the possibility of the regional and global stakeholders — the United States, China, Japan, and South Korea — forming a united front to ensure the de-escalation of tensions and nuclear disarmament would be the first of its kind, it also presents a massive risk in comparison to the relatively stable geopolitical status quo in East Asia. Since the conclusion of the Korean War, the region has been clearly divided in to two camps with regards to North Korea: China has been a close ally, and the U.S., South Korea, and Japan have been staunch enemies. But with China quickly becoming the economic power of first East Asia, and soon the world, North Korea has transitioned from a useful ally to a liability. While it is clearly in the Chinese national interest to have a friendly country on its border, a conflict prompted by the regime’s aggressive behavior would likely force China into the conflict as well. In recent years, China has drastically reduced aid to North Korea, particularly in terms of cheap Chinese coal, showing their waning support. Without the backing of their much more potent ally, and before the development of functional strategic nuclear weapons, North Korea may be positioned to soften its hardline rejection of compromise with the South and the U.S.

To the regime, the question of acquiring nuclear weapons is an existential one. Perhaps Kim Jong-Un is reminded of Gaddafi, who in the 70s openly sought to build or buy a bomb. Although Libya ultimately abandoned the idea, it was only after punishing sanctions were lifted, and there was a significant economic incentive to do so. While in the short term, Libya and its leader benefitted, Gaddafi eventually lost his grip on power. Without a nuclear deterrent, and with the aid of a unified NATO coalition and rebel forces, Gaddafi was dragged into the streets and summarily executed by the same angry Libyans he once ruled with a firm hand. Nuclear weapons are simply the best available deterrent to outside aggression. A nuclear weapon is a bargaining chip like no other — when North Korea’s nuclear arsenal inevitably becomes a functional global threat, any slim possibility of encouraging disarmament will have disappeared for good.

While it is clear that a strategy of total complacency is ineffective, the alternative of just giving up on the possibility of improved relations is equally unsuccessful in disarming North Korea. Though the Sunshine Policy’s first incarnation was overwhelmingly seen as a disaster, new South Korean President Moon Jae-in seems to be interested in reinstating a policy of improved relations. Given North Korea’s increasing vulnerability and isolation, offers to ease economic sanctions or provide food aid may prove effective in encouraging nuclear disarmament. In many ways, North Korea finds itself more vulnerable today than ever before, as the nation’s last ally shores up support as a response to deteriorating relations. As the North Korean populace suffers under tough international sanctions and massive amounts of military spending, international aid would likely be welcomed. Aid and eased sanctions strictly stipulating procedures toward disarmament may, for the first time, find some success. As the Chinese and U.S. governments find a common interest in a less aggressive and militarily capable North Korea, the road to deescalated tensions seems for the first time a real possibility. This nuclear disarmament could be foreseeably achieved by incentivizing the de-escalation of tensions. With decreased international support, the North Korean regime is increasingly vulnerable to internal pressures, and is all too aware that food production is well below minimum consumption levels. If the North Korean government was offered sanction relief and aid in return for limiting the rapid development of its nuclear program, for the first time, the regime may see the value in international cooperation.

Of course, strained relations between China and North Korea may simply reinforce Kim Jong-Un’s narrative, wholly justifying the development of nuclear weapons in the first place. With the remnants of its international relations deteriorating, it is becoming increasingly clear that North Korea’s threatening and aggressive stance toward its neighbors may actually be the reason why the international community has taken no decisive actions toward regime change. The North Korean leadership is in an unprecedented position of vulnerability that could lead to either escalated hostilities or the easing of tensions. Giving the North Korean government the possibility of concessions in exchange for disarmament may, for the first time, not fall on deaf ears. With renewed efforts to bring Kim Jong-un to the negotiating table, the possibility for improved relations seems increasingly realistic. 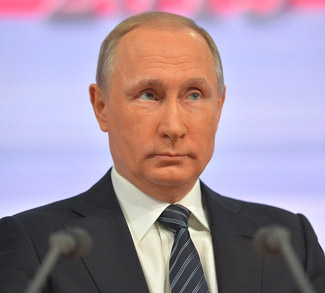