The recent spate of pipeline attacks in the Niger Delta has sparked fears of a return to militancy in the long-troubled oil-producing region of Africa’s largest economy. Despite concerted attempts by the Nigerian government to maintain stability since the last large-scale insurgency ended in 2009, the endemic problems of poverty, inequality, underdevelopment and marginalization have proved a toxic mix, resulting in the real prospect of a return to conflict.

Despite billions of dollars in oil revenue, the vast majority of the region’s 31-million inhabitants continue to live in abject poverty, with few job opportunities and a lack of access to basic infrastructure, education, and health services. More than half of the population survive on less than $2 per day and only 49% have regular access to safe drinking water. Trapped in a life of poverty and economic insecurity, the people of the Niger Delta continue to experience the same feelings of vulnerability and helplessness which have driven cycles of violent conflict for decades.

The upsurge in pipeline bombings during the first few months of this year serves as a worrying reminder of the tensions and frustrations which lay just beneath the surface in a region which has long suffered the ills of the ‘resource curse,’ and which looks increasingly likely to once again descend into armed conflict. The last insurgency ended in 2009 with an amnesty program, bringing with it a widespread sense of hope and optimism. However just six years later, the Niger Delta is facing the prospect of further attacks and a creeping militancy. This situation is being caused by the failure of oil companies to clean-up the environment combined with the government’s inability to tackle the root causes of poverty and underdevelopment.

The current tensions can only be understood within the context of the Niger Delta’s history as an oil-rich yet poverty-stricken and chronically underdeveloped region, one in which the local population has received few benefits from the energy industry. This unequal relationship originated in the colonial era, when European countries asserted their control over trade in the region, signalling the beginning of a long-history of resentment from the marginalized local population. Shell and BP began oil exploration in the 1950s, sparking tensions as the Delta’s Ijaw ethnic majority were excluded from the rewards of the oil wealth. This profound sense of inequality became further ingrained after Nigeria’s independence in 1960, as British, Dutch, French and Italian oil companies extended their dominance of the energy sector.

As the century progressed, it became clear that the oil companies and political elites were receiving the bulk of profits from the Niger Delta’s resources. Tensions within the local community over the perceived unfair distribution of wealth soon translated into active resistance, characterized by the emergence of armed militias, such as the Niger Delta Volunteer Force (NDVF). The most prominent activist was Ken Saro Wiwa, leader of the Movement for the Survival of the Ogoni People (MOSOP), who advocated a non-violent approach to protesting perceived injustices. Saro Wiwa was executed in 1995 after being found guilty on highly-questionable charges, provoking widespread public anger and creating further motivation for the continuation of the resistance. In the mid-2000s, various militant groups emerged, deploying violent tactics including bombings and kidnappings, which pushed-up world oil prices and focused international attention. In 2009, militant leaders agreed to a ceasefire and government-sponsored amnesty process, which resulted in up to 30,000 former militants receiving monthly handouts from the state.

Whilst this had the effect of stabilizing the situation, the underlying issues remained unresolved and the negative impacts of the oil industry did not disappear. In recent years, frustrations have gradually risen as companies have failed to clean-up a legacy of environmental damage, lost livelihoods and broken societies. Due to repeated oil spills, traditional fishing and farming activities have become almost impossible across large swathes of once-fertile land. A 2011 UN Environment Programme (UNEP) report recommended that oil companies spend $6bn cleaning up contaminated farmland, providing further legitimacy to the long-standing complaints of environmental degradation by local people.

According to human rights group Amnesty International, the four worst-polluted sites mentioned in the UN report – Bomu Manifold, Boobanabe, Barabeedom Swamp and Okuluebu – remain heavily polluted. Activists say that the 7000-km long network of pipelines passing through the region is rapidly ageing and in need of urgent repairs to prevent leaks; however, the oil companies argue that the theft of oil by militants is largely to blame for the environmental damage. The industry has been willing to admit responsibility for some of the worst incidents. For example, Shell agreed to an $84m settlement with residents of the Bodo community for two devastating spills in 2008 and 2009. However, the overall negative effects of the energy sector are undeniable: companies have failed to adequately clean-up pollution, livelihoods based on traditional agriculture have been lost, and the dominance of the oil industry has resulted in a lack of economic diversification or employment opportunities for the local population.

The government’s solution has exacerbated these negative effects: the amnesty programme has served only as a short-term fix, effectively buying-off militants in what constitutes an inherently unsustainable attempt to prevent a return to conflict. Tensions have gradually increased beneath this fragile exterior, culminating in the recent spate of violence. In February, militants carried out a sophisticated attack on an underwater Shell pipeline, shutting down the 250,000 barrel-per-day Forcados export terminal. This followed two pipeline bombings in January and preceded a further attack in March, in which gunmen blew up an ENI-operated pipeline. Militants have vowed to carry-out further attacks, whilst President Muhammadu Buhari has promised a tough response, quoted by Reuters as saying: “We will deal with them in the same way we dealt with Boko Haram.”

This response of further securitization and militarization, alongside the continuation of the existing strategy of paying-off militants, may serve only to perpetuate the cycle of instability which has been prevalent in the Niger Delta for decades, adding to the repeated failure to address the root causes of conflict. Such short-term solutions ignore the fact that in a region plagued by the mismanagement of its oil wealth, the ills of the resource curse are long-lasting and difficult to avoid, creating problems which are almost endemic in nature. Short-term approaches aimed at prevention and stabilization, serve only to create a temporary peace and delay an inevitable return to large-scale insurgency. There remains an urgent need to address the underlying drivers of conflict which have for too-long been left unresolved: the unequal distribution of oil revenues, corruption and institutionalized patronage, the incitement of violence by political actors, a lack of development and service provision, extensive environmental damage and loss of livelihoods, governance failure and a culture of impunity.

Addressing these issues will be extremely difficult from both a top-down and bottom-up perspective. Firstly, poor governance and corruption are endemic in Nigerian politics, which often operates through informal patronage networks which safeguard the dominance of the political elite, whilst preventing progress in terms of regional development and service provision. Secondly, the political economy of violence is deeply entrenched in society, meaning that the financial incentives for militancy remain strong in the absence of alternative economic and employment opportunities. These factors combine to create a mutually-reinforcing cycle in which the key stakeholders in government, oil companies, and the local population often have vested interests in the continuation of instability, therefore posing a significant obstacle to meaningful peace negotiations. A 2011 report on the Niger Delta by the US Institute of Peace (USIP) concluded that promoting transparency and accountability would be an essential starting-point for working towards a more sustainable and lasting peace in the region. The report argues that greater democratization and increased public participation would weaken key conflict drivers such as corruption and the culture of impunity, whilst providing alternative avenues to express grievances, other than violence.

The recent pipeline attacks must be viewed as a continuation of the wider historical pattern of violence in the Niger Delta; the causes of which are complex, multiple, and overlapping. Conflict-resolution strategies are likely to be fraught with difficulties, as the negative impacts of the ‘resource curse’ have fostered deeply-ingrained tensions between the local population and the oil industry. The situation is further exacerbated by the entrenched corruption and patronage prevalent in Nigerian politics, which President Buhari was elected on a mandate to change. Such change must begin with greater transparency and accountability, in order to foster engagement and build trust with communities. Governance issues related to the politics of the oil industry, continue to be the largest obstacle to peace in the Niger Delta: poor governance has fuelled decades of underdevelopment through rent-seeking, corruption, and unequal wealth distribution, exacerbating the inequalities which so often result in a disenfranchised population resorting to violence. For as long as the region’s population remains excluded from the benefits of oil wealth and without alternative economic opportunities, the destructive cycle of marginalization, hopelessness, and conflict appears set to continue long into the future. 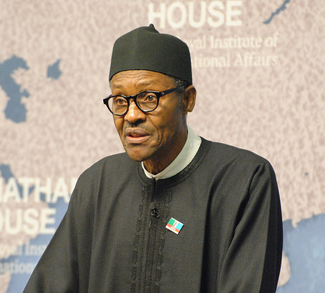 Situation Reports February 17, 2017
Back to Top