Next Up for Reform in China: a Small Step or a Giant Leap? 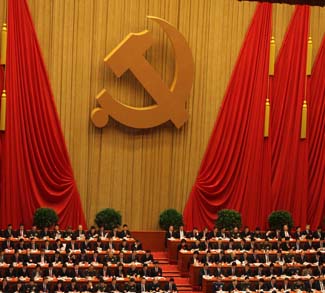 The challenges facing China’s economy as it attempts to transition towards a more sustainable, long-term growth model are well known. They revolve around the need to move from a low-cost, export-driven economy to one fueled by domestic spending and a services industry. But in the case of China, necessary reforms will inevitably be met with resistance from entrenched interests in the current political establishment, whether from local governments or state-owned enterprises.

Whenever there is an uptick in optimism for a new wave of reform, expectations must be tempered by the reality of bureaucratic pushback; or, while everyone knows what must be done, the real question is what can be done without members of the standing committee betraying the interpersonal political networks that propelled them to the highest rungs of state power in the first place.

It is against this backdrop that we approach next month’s third plenum meeting, and already we are hearing that “unprecedented” reforms are going to be tabled, according to standing committee member Yu Zhengsheng.

There are several rumors circulating around the Chinese media as to what these reforms will include, such as: further reductions in administrative approval (the practice of the government needing to sign off on private capital entering certain economic spheres); breaking up monopolies (possibly starting with the domestic oil wholesale business); liberalizing aspects of the financial industry; and setting up a deposit insurance system to promote stability in the banking sector.

One rumor that will likely end up being vindicated concerns promoting the renminbi as a global reserve currency. For many in the Chinese government, the shutdown in the United States highlighted the risks of continued reliance on the US dollar as the sole global reserve currency. It also represented an opportunity for the renminbi to eventually be seen as a viable alternative. A free-floating renminbi is a long way off by any measure, as it would require serious liberalization of the Chinese financial system, but we shouldn’t be surprised to see the third plenum push for a limited, regional rollout of the renminbi that will play out over the course of several years. We’re already seeing movement in this direction with recent deals with London and Singapore to bolster direct currency trading.

There is a sizable social welfare element to some of the reforms being discussed in the Chinese media as well. Overhauling rural land rights is a potential game-changer that would remove a persistent source of friction between farmers and the central government. Currently, farmers only own the rights to collectively work the land and as such are unable to sell it directly to property developers. As a result, local governments have been known to force farmers from their land using intimidation and undervalued payoffs, sell the land to developers at a premium, and then pocket the difference.

Reform of the hukou system that restricts the free movement of labour within China by limiting state benefit access to a place of residence is also being considered according to some reports. Like rural land reform, eliminating the hukou system in whole or part would be extremely popular in rural areas, but both may be a case of wishful thinking for now.

Far more likely to be implemented is some kind of basic social security net to help promote domestic consumption. Increased government outlays for health, education, and pensions would help nudge Chinese citizens towards spending rather than saving, and in doing so transition the economy away from an overly export dependant growth.

Think tank reports, snippets from Chinese politicians, internet discussions, and a general outside consensus on the need for change are all combining into a rush of expectations for bold reform at next month’s third plenum. But expectations should be tempered by the fact that the structural problems being addressed by these yet hypothetical reforms have existed for quite a while, and this wouldn’t be the first time that China watchers had convinced themselves of a round of reform that never came to be.

Only time will tell which reforms are actually adopted by the third plenum, and even then, the announcement is likely to be a general one lacking in specific details. So anyone hoping for monumental change might want to take a step back and recalibrate their expectations towards the slow and deliberate pace of Chinese politics.