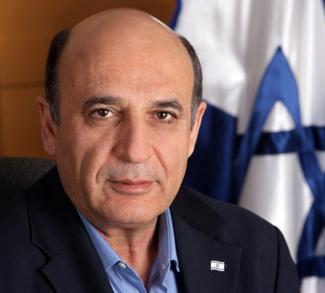 In Israel’s fractious politics, parties poised as ‘centrist’ have repeatedly proven themselves long on well-meaning rhetoric but short on survivability. Kadima, Ariel Sharon’s brainchild, broke part of the mold in 2006 by becoming the first and only such party to win a parliamentary majority and to lead a governing coalition. Yet, only three years later, it consigned itself to the opposition despite commanding the lead at the ballots for the second time straight.

Over the past week during Kadima’s primaries, Tehran-born former defense minister Shaul Mofaz ousted Tzipi Livni, once touted as Israel’s second female prime minister in-waiting following Golda Meir back in the early 1970s, by an embarrassing two votes to one. But is Kadima, ‘forward’ so its politicians maintain, still relevant enough as a centrist party for Mofaz’s victory to mean anything?

This all depends on several variables including personality types and relationships. But in Israel, at least five structural factors have consistently proven the bane of centrist parties over the previous decades despite the strong presence of centrist voters. How Kadima fares in this context may well decide whether it becomes only the latest in a long history of centrist casualties.

Firstly, centrist parties are reactive by nature. Though some have run on single-issue platforms in the past, most lacked clear and decisive programs leading to problems with longterm voter identification. Instead, they bank on their most natural asset or (pardon the oxymoron) ‘ideology’, pragmatism. In any case, since the center space consists of floating voters rather than rigid ideologues, any party hoping to attract and retain these votes would also have to remain relevant.

Kadima’s ‘big bang’ in 2006 was propelled by one revolutionary idea regarding the country’s predominant problem: a pragmatic peace based on a unilateral withdrawal from the Palestinian Territories and a redrawing of the borders. But during its subsequent three years in government Prime Minister Ehud Olmert instead found himself sweating under a steady stream of incoming rockets and presiding over two costly wars in Lebanon and post-withdrawal Gaza. When he eventually resigned to focus on corruption charges, he too went down in history as a party to yet another round of disappointments in the peace process.

By the time Livni took over the party leadership, Iran had come to dominate the agenda to the detriment of Palestinian statehood. More remarkably, just two and a half months after coming into power in 2009, Likud’s Benyamin Netanyahu publicly if cautiously backed the notion of ‘two free peoples living side by side in this small land’, which together with unilateral withdrawal had constituted Kadima’s trump card.

Yet during her time as opposition leader, Livni failed to outline any clear alternative addressing this crucial shift, and when biting socioeconomic disparities brought Israelis of all stripes out into the streets last summer, all she did was to offer token support. Instead, she has been criticized for attacking Netanyahu’s person rather than his politics and ‘opposition for opposition’s sake’.

Secondly, centrist parties are usually gathering points for disaffection from the left and right. To be fair, factions exist within all parties. Still, the centrist’s combination of vague programming and ideologically diverse membership with little longterm goals in common can severely compromise its internal logic. As a result, there is a tendency to ‘return to the fold’ when push comes to shove.

Kadima’s membership spans the political spectrum but its most prominent representatives defected from the two historical poles of competition, Labor and especially Likud. Now that he is in charge, the hawkish Mofaz is keen on leaving the political wilderness and, many observers believe, likely to join Netanyahu’s rightwing government either before or after the next parliamentary elections.

At what price this will come depends on how he differentiates himself from both Netanyahu and his former ideological home, Likud. This might be a tall order given what the public knows (or doesn’t know) about him. Moreover, a recent Haaretz editorial charged that Kadima has become ‘for all intents and purposes a right-wing party, some of whose elected representatives are involved in passing anti-democratic and nationalistic laws,’ referring to the controversial bill outlawing foreign funding for NGOs considered left-wing. The result, the article continued, is ‘democracy without opposition and a party without policy’.

Thirdly, the majority of centrist parties in previous Knessets were personality-driven and often suffered from floppy party institutions. Kadima’s founders possessed the advantage of already being in government at the time and were hence able to institutionalize the party fairly quickly. Still, its initial success clearly owed much to Sharon’s own personality and leadership style.

But the script has changed now that the peace process has dipped in salience. While Kadima may continue to plod on for a while without someone with Sharon’s charisma at the helm, party longevity will require both tactical and strategic adjustments. Here, tentative hints might already be emerging given the fit between Mofaz’s origins, his military background and the place a potentially nuclear Iran currently occupies in Israel’s collective imagination, although he would also be extremely well-advised to pay much more than lip service on the socioeconomic front.

Fourth, the convergence of both left and right wings in the center leaves little room for genuine centrist parties. In the 2009 parliamentary elections, Kadima beat Likud to the majority by a single seat but Livni – arguably due to political naïveté as much as personal conviction – failed to muster a coalition after crossing swords with the religious Shas party and forfeited the opportunity to Netanyahu. Although Labor under then chairman Ehud Barak was clearly ‘plan B’, the former prime minister and Israel’s most decorated soldier lapped up the offer and took his left-of-center party into a coterie of nationalist and religious parties.

By agreeing to a two-state solution, Netanyahu inclined leftwards and therefore closer to the center. Barak for his part was accused by his party colleagues of accommodating the right far beyond Labor’s comfort threshold. In order to remain in the coalition, he decided in early 2011 to break away with four other MKs to form yet another self-styled centrist party known as ‘Independence’. Unfortunately for Kadima, this broad coalition of sorts roughly spanned the same electoral space that it was hoping to occupy.

‘Now everybody understands that the competition is in the center,’ Professor Avraham Diskin, one of Israel’s most prominent political scientists told me. ‘The problem for Kadima is not that voters have moved to the left or right but that the major left- and rightwing parties [Likud and Labor] have moved to the center. Even the leftwing Shelli Yechimovich [Labor’s current party chief] is portraying herself as a centrist on all major issues. This wasn’t the situation in 2006. Back then, Likud clearly stood for ‘Greater Israel’ and Labor was ‘Peace Now’,’ he explained.

In the next elections, Kadima may face direct competition on its own turf from the popular journalist-turned-politician Yair Lapid even though he has yet to establish a party as such. Early this year, Lapid rejected Livni’s invitation to join Kadima, referring to the party as ‘a bunch of cynical politicians who have been cast out from other parties. No one has any clue as to what, if anything, they believe in’.

Finally, centrist parties cannot afford to join either wing without compromising their reason for being. By biding her time in the opposition, Livni visibly enhanced her standing as a ‘principled’ politician, almost unheard of in one of the most politicized societies in the world. However, viable parties are forged in government, not in opposition. Earlier centrist parties that joined coalitions of the unwilling were often obliged to do so because of weak electoral performance. Kadima, curiously, remains the single largest party in terms of seats.

Should Mofaz decide to take Kadima into Netanyahu’s government, internal rifts and even defections are expected that could leave it with a far higher concentration of right-wingers. Moreover, recent polls suggest that a Mofaz-led Kadima would win only about half its current number of seats in the next parliamentary elections, likely to the advantage of a ‘revived’ Labor.

There may yet be an escape clause attached to all of this. If Kadima is to avoid the downhill path of earlier centrist parties, a Knesset majority is clearly not enough. What it would also need is to secure the crucial pivotal bargaining position within the next governing coalition (something Sharon managed to pull off because of his unilateral disengagement plan).

Multiparty coalitions greatly depend on the leverage of the party controlling the center ‘and only in a rare 10 percent of cases are pivotal parties skipped over like we saw happen to Kadima in 2009’, said Diskin.

I asked him how he viewed Kadima’s prospects and if it was still relevant. ‘After the primaries, everyone talked about Kadima being weakened with fewer supporters and Labor growing in strength. But if you look at the total number of seats of all rightwing parties combined compared to the leftwing, this is the first time the former is shrinking, and this is important.’

‘Mofaz is not Sharon,’ Diskin continued. ‘But Kadima won’t disappear although it will shrink considerably. Even with 10 seats, it will remain very relevant if it controls the pivotal point. Moreover, it still remains a convenient potential partner for Netanyahu who has proven several times that even with a rightwing majority, he’s interested in including the major parties to Likud’s left, starting with Kadima.’

So, the maverick party that took Israeli politics by storm back in 2006 hasn’t quite yet been consigned to the heap of centrist failures, contrary to popular feeling and the relative lack of press covering the primaries. For those who believe in a strong, moderate center in a country obsessed with the extremes, this can only be good news. The question is, does the enigmatic Mofaz have what it takes to steer that risky middle course?

A Palestinian State: Elusions and Illusions of Sovereignty 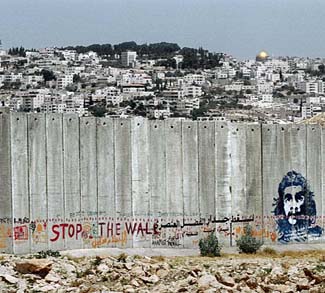