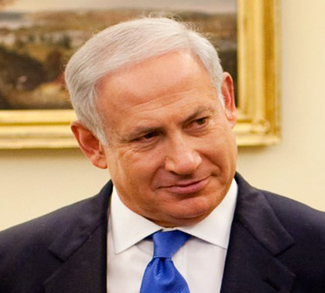 Israel’s contentious Regulation Bill, which passed the Knesset 60-52 in a vote held earlier this week, sets a dangerous legal precedent for not only the annexation of Israeli-controlled areas of the West Bank, but for the mass expulsion of its Palestinian residents.

The law, which the UN has described as “crossing a very thick red line,” for the first time retroactively legalizes the expropriation of private Palestinian land upon which several existing settlements have been built, pending the “diplomatic resolution of the status of the territories” which has evaded the region for over forty years.

Those Palestinians disenfranchised of their land by the settlements subject to the law are to be offered land elsewhere or monetary compensation for it, but are expressly disallowed to claim their former land back or repossess it.

The lack of restraint since Trump’s presidency began has already been palpable.

The measure – with the notable exception of the US, which has simply said that it needs time to “consult with all parties on the way forward” – has drawn mounting worldwide condemnation including from many of Israel’s important diplomatic allies, including the UK, France, Germany, Jordan, the Arab League, and Jewish interest groups.

In giving state approval to both the seizing of land for settlement construction and the enactment of retroactive legislation over a population that does not enjoy electoral franchise in the territories administered by it, Israel has severely undermined its reputation as a democracy governed by the rule of law – or at least as one that adheres to its basic norms.

The passage of the legislation also represents a marked, far-right break from Israel’s longstanding policy of limiting its de-facto authority over the Palestinians living in the West Bank to coordinating security and civilian issues through the agency of the IDF and COGAT (Coordinator of Government Activities in the Territories – the branch of the IDF responsible for coordinating Palestinian civilian and humanitarian affairs with Israel).

Now, for the first time, Israel’s national legislative branch, and not a martial court, has passed a law allowing West Bank Palestinians to be dispossessed of privately-held land.

The measure, which was sponsored by hardline parliamentarians from the Jewish Home and Likud factions, was initially opposed by Prime Minister Netanyahu, who warned that its passage could trigger a cascade of national and international lawsuits against the country, including a potential legal battle at the International Criminal Court (ICC).

Israel’s attorney-general, Avichai Mandelbilt, has called the measure legally indefensible and warned that, if it is constitutionally challenged, as is expected, he is not prepared to defend it on behalf of the government.

The most dangerous consequence of the bill, however, is the legal precedent it could set for the total annexation of the West Bank, including the areas administered by the Palestinian Authority, and the possibility of carrying out of a large-scale Kahanist style “deal” to forcibly expel the Palestinians in exchange for compensation.

Doing so would necessarily involve Israel breaking further international agreements – namely the Oslo Accords temporarily governing its actions in the stagnant and faltering peace process with the Palestinians – but with a legislator prepared to retrospectively sanitize illegality to count on, those on the far right have rapidly diminishing tactical reasons to fear such a course of action.

The lack of restraint since Trump’s presidency began has already been palpable. Israel, seemingly with the tacit backing of an unprecedentedly quiet US administration, is currently engaged in the largest up-tick in settlement construction in recent memory – including the planning of the first new settlement in over 25 years and three waves of construction announcements in the last two weeks alone.

After the White House’s surprise, but watery statement last week in which the new press secretary opined that the building of such settlements ‘may not be helpful for the two-state process’, the administration’s decision not to explicitly condemn the passage of the Regulation Bill will be interpreted as passing a key litmus test of support by members of the right.

Last week’s murmuring of a bark has not drawn the diplomatic bite some may have expected of it. For the moment, at least, the administration appears unconditionally supportive of Israel’s unprecedented actions.

A staunchly right-wing Knesset has shown itself capable of passing legislation that is clearly both illegal and politically-motivated in nature, while prime minister Netanyahu proved himself ready to easily capitulate to competing, hard line, voices within his cabinet.

The last remaining roadblock for Israel’s right to achieve its most far-reaching ambitions is now the country’s judicial branch, which may be asked to strike the bill down for contravening the country’s constitution, consisting of a set of Basic Laws, as well as international law.

Failing that, the current geopolitical climate – characterized by internal and American opposition to the government’s actions in the West Bank at a historical low ebb – has created a perfect storm for those on the right to decide the ultimate fate of the Israeli-Palestinian conflict.

Given the recent pace of events, further developments can be expected in the not too distant future. 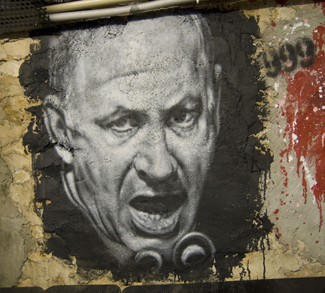 Situation Reports January 7, 2009
Back to Top