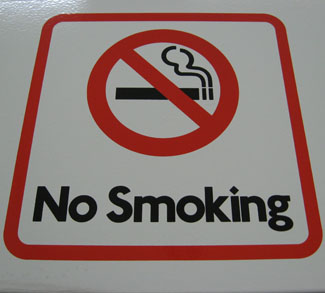 The tobacco industry has enjoyed something of a charmed life in Europe. After initially implementing tobacco laws in the early 1990s, the EU’s subsequent approach to the issue has been sluggish, taking one step forwards and three to the side. Now, however, signs suggest that the seeds of real change are finally being sown.

A raft of court cases against Big Tobacco and calls to censor cigarettes on the silver screen are encouraging signs in the fight against smoking, but the biggest weapon in Europe’s anti-tobacco arsenal is perhaps its impending Track and Trace (T&T) system. With an implementation deadline of May 2019, the European Commission is under pressure to finalise plans for the rigorous monitoring system, but must ensure it guards against the complacency of letting the industry in by the back door… or its best-laid plans could go up in smoke.

A date in court

Suing for damages is traditionally the remit of American plaintiffs, but the British public health charity Action on Smoking and Health has opened the door to further European litigation by lobbying the Director of Public Prosecutions to bring charges against tobacco firms. In a total of nine European states, in fact, activists are shuffling papers and presenting cases against such giants of the industry as Philip Morris International (PMI), British American Tobacco (BAT), and Japan Tobacco International (JTI). In one particularly eye-catching case, a 43-year-old mother of four is suing the companies in the Netherlands after being diagnosed with lung cancer. She began smoking at the age of 15.

Among other accusations, the industry stands charged with adding chemicals with the specific intent to induce addiction, which, the prosecutors allege, amounts to nothing short of attempted murder and/or manslaughter. While it’s unlikely that the cases will be successful, they still make a moral statement and test-drive new tactics to be used against the industry.

Illegal trading involves 48 billion cigarettes in the EU, Norway and Switzerland – equivalent to 9% of the total market – and has cost European governments a cumulative €10.2 billion in taxes.

At the same time, the industry’s marketing strategies are also coming under attack. On top of strict packaging rules that came into force in 2016, France – in a new bid to shed its reputation as one of Europe’s smokiest countries – is now leading the charge against displays of tobacco on the silver screen. The European Commission has voiced its support for a plan, already backed by Minister of Health Agnès Buzyn, to ban cigarettes altogether in French films – 70% of which feature at least one scene with someone lighting up. Buzyn, who agreed that such displays serve to normalize smoking in the eyes of youth, said she had no idea why it was “so important” in French cinema.

Even tighter regulation on the horizon

At the EU level, the European Commission is also mounting an expanded attack on Big Tobacco, for which it reserved particular venom in its annual health report. Calling for member states to enact “fundamental reforms,” European Commissioner for Health Vytenis Andriukaitis pointed out that while 80% of health budgets are spent on treating diseases, a mere 3% goes towards their prevention, and urged states to do more against smoking.

In an interview following his presentation of the report, Andriukaitis laid out in detail the charges against Big Tobacco, which he stated have been doing their utmost to avoid their obligations under the Tobacco Products Directive (TPD) that came into force in May 2016. He claimed that tobacco companies have been using a variety of tricks, such as displaying packets on their side, to avoid showing distasteful images and health warnings.

But perhaps the biggest point of contention in relations between Big Tobacco and the Commission is the EC’s proposal for a T&T system, a component of the directive.

The T&T system will involve affixing an identification code to every packet of cigarettes produced and sold in the EU, with verification of the pack required at every stage of the supply chain. This is intended to curb the huge problem of illegal trading, which involves 48 billion cigarettes in the EU, Norway and Switzerland – equivalent to 9% of the total market – and has cost European governments a cumulative €10.2 billion in taxes.

Much to the industry’s distaste, the Commission’s T&T plan is intended to comply with the Framework Convention on Tobacco Control (FCTC) of the World Health Organisation. The FCTC requires that tobacco manufacturers be completely excluded from the decision-making process, according to the logic that allowing those you wish to regulate to carry out the regulation could prove problematic.

Concerns as to the integrity of the tobacco industry are certainly well founded. On the surface, illegal smuggling of its products should be a thorn in the side of Big Tobacco, but there is extensive evidence that companies have actively promoted the illegal trade to avoid official taxation, with corporations like BAT subject to major lawsuits for attempts to flood the market with illicit goods – for their own profit.

Shut the back door

At present, the draft regulations as submitted by the European Commission would involve an interoperable system whereby each member state would draft its own codes of up to 50 digits, which are then integrated into a tax stamp and used to distinguish each packet. However, some critics have raised concerns that the industry could manipulate these identifiers for their own benefit, and that any proposed scheme should prevent them from participating on any level. Due to the system’s inherent complexity, the tobacco industry has been able to insert itself in the decision-making process and significantly water down the initial aims of the T&T system.

While the EU has been showing signs of finally taking the tobacco industry to task – both legislatively and litigiously – it must ensure that industry lobbyists don’t allow the integrity of its crowning regulation to be compromised. It’s all very well and good barricading the entranceway with bans, censorships and court cases, but if the back door becomes unguarded, Big Tobacco will let themselves in and make themselves at home. 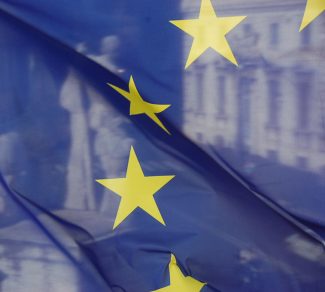