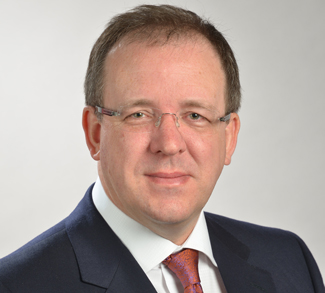 Geopoliticalmonitor.com sits down with Andrew Cheatle, Executive Director of the Prospectors & Developers Association of Canada (PDAC).

What, if anything, sets Canadian miners apart from their global competitors?

Canada is proudly recognized as being the global leader when it comes to mineral exploration. According to SNL Metals & Mining, 45% of the 1,800 companies with exploration budgets in 2015 were headquartered in Canada, accounting for 32% of global exploration spending. Canadian companies own mining assets in over 100 countries where their activities can help contribute to sustainable development of their host society.

Not surprisingly, Canada also leads the world in mine equity financing, accounting for more than 60% of all such financings in 2015. Additionally, it is home to hundreds of mine service and supply companies that operate around the world. In 2015, Canada continued to attract the largest share of global non-ferrous mineral exploration budgets.

Canada’s globally-recognized expertise has emerged over the course of more than a century. The root of its success is its rich mineral endowment and natural capital. The combination of industry expertise, good governance, and innovation has helped make Canada an exploration and mining superpower.

Are there any exciting new frontiers left out there – a market with real potential for Canadian miners, but one that for whatever reason has remained untapped until recently?

In Canada, we are blessed with rich mineral endowment and natural capital. World-class discoveries continue to be made right here in our own backyard and are being turned into new mines. Proof of this is in the rankings. Canada is in the top five globally with respect to the production of 14 major minerals and metals (calculated by value of production).

The ability of the industry to sustain these economic benefits must not to be taken for granted, as most mines eventually close. While there are a number of companies working to bring known mineral deposits into production, many are not economically viable to mine due to a transportation infrastructure deficit in Canada’s northern regions. For example, 85% of known deposits in Nunavut remain undeveloped, and this is much higher than national averages.

It’s imperative that new discoveries be made in order to replace the pipeline of projects moving into production. Without exploration there can be no discoveries and without discoveries there will be no new mines and the economic benefits that go with them.

Off the top of your head, what are the three critical markets for Canadian miners engaged in overseas extraction?

There are numerous exciting areas where Canadian companies operate. However, in terms of straight numbers, Natural Resources Canada (NRCan) data shows the United States, Mexico and Chile account for a significant proportion of Canada’s overseas exploration and mining activity.

How is technology changing the Canadian mining industry? Is the rate of change comparable to historical norms, or is innovation picking up speed of late?

The world is in a COP21 environment. Many governments, including Canada’s, are moving rapidly toward a low carbon future. In terms of mining, that means a shift toward better efficiencies  to reduce carbon emissions. Exploration is also working to have a reduced carbon footprint. For example, reliance on diesel-intensive heaters in exploration camps are being replaced with solar panels.

The use of “big data” analytics is another trend that should propel the industry forward, both in terms of production and a necessity to use scarce exploration dollars effectively. There is also a trend towards automation that creates both risk and opportunity. It improves safety, but comes at the risk of reduced employment.

Are there any game-changing new technologies being rolled out by Canadian miners?

If I had to pick just two, they would be the electrification of mining equipment and ventilation on demand.

What are some things that Canadian miners and/or PDAC are doing to assuage local concerns over the environmental/political/economic impact of global mining operations?

PDAC expects all of its members to operate responsibly, regardless of where they are based. To help improve the social, environmental and health and safety performance of the industry, PDAC provides a range of tools, resources and support, including the world’s first detailed guidance on responsible exploration: e3 Plus: A Framework for Responsible Exploration.

This guide provides advice on how companies can:

At the annual PDAC Convention in Toronto, the world’s largest industry event, PDAC’s CSR Event Series is looked upon as a leading global platform for dialogue about responsible exploration and mining practices.

This is an area of our sector that is continuously evolving. PDAC is currently exploring the unique role of financial actors in driving performance improvements, and working with industry groups to improve guidance for publicly-listed companies to disclose their key environmental, social, and governance risks.

PDAC is a strong supporter of efforts by the Canadian government to improve the ability of communities to secure access to remedy, through non-judicial dispute resolution mechanisms such as the Organization for Economic Cooperation and Development’s National Contact Point and Canada’s CSR Counsellor and also through the Canadian court system. PDAC worked closely with civil society organizations to develop binding legislation related to revenue transparency: the Extractive Sector Transparency Measures Act (ESTMA).

Our association is an advocate for increased investment in programs that build the capacity of host societies to manage their own mineral resources responsibly.

How have Canadian miners improved their operations in terms of local impact over the past decade? Does more still need to be done?

As mentioned in the previous question, we expect the highest standards from our members, wherever they operate. The tools available to them should be used to help reach their social, environmental and health and safety mandate.

What are some of the remaining challenges that still need addressing?

In 2015, the United Nations identified 17 Sustainability Development Goals (SDGs) that target economic, social and environmental improvements around the world for the next 15 years.  Of the 17 SDGs, the mining and metals sector played a direct role in six of them. In an industry that employs around 2.5 million people globally, it is the responsibility of everyone to help address these challenges.

What are some ways in which Canadian miners have had to adapt in this recent downturn in the commodities cycle?

Canadian miners are very robust and know that the industry is cyclical and in the downturn had to reduce costs and trim back on exploration programs and capital expenditure.

Are there any positive signs that we’re about to emerge from the downturn?

Yes, 2016 has seen a return of financing to mid-tier and major miners. Some junior miners and explorers are also seeing improved capital flows. Drills are starting to turn again.

What is the greatest risk facing the Canadian mining industry?

Access to capital–particularly for early stage exploration–is our greatest challenge. The only interest from traditional corporate financiers is in very advanced, feasibility stage projects. The risk appetite for early-stage exploration is virtually zero. We are trying to help the industry access finance through our advocacy efforts, including renewal of the unique (to Canada) super flow-through shares financing mechanism.

Has the low CAD hurt the Canadian mining industry?

It’s a double edged sword. Commodity prices are often in US dollars, so revenues that are in Canadian dollars improve.