Situation Reports - May 4, 2016
By Balasubramaniyan Viswanathan 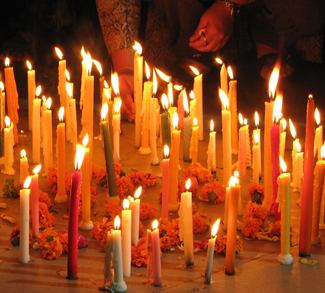 In January 2016, the National Investigation Agency (NIA) and the anti-terrorism squad of the Telengana police force arrested Alem Jeb Afridi from Bengaluru, India. Among India’s most wanted men, he was staying in Bengaluru for more than three years as an air conditioner mechanic under a false identity of Javed Rafeeq. Little did the NIA and ATS realize that, they might have stumbled upon and arrested India’s first ‘lone wolf.’

According to NIA, Alem Jeb Afridi is known to be involved in multiple terrorist incidents in India from 2007. Born in Ahmedabad, he was a member of the radical Students Islamic Movement of India (SIMI), which was proscribed by the Indian government in 2001. He was drawn to radical Islam during the mid 2000s.

Alem Jeb Afridi was wanted for his participation in an arms training camp at Wagamon in Kerala in 2007. According to the NIA, the participants were involved in arms training, firing practices, and the manufacture of bombs/petrol bombs in the camp. Afridi was part of a 30 member group, which had the likes of Abdul Subhan Qureshi, an expert bomb maker and Abu Faisal, the head of the Madhya Pradesh of the Indian Mujahideen, the successor of SIMI as his peers. After discovery of the camp, Afridi managed to evade arrest and was on the run till 2016.

Meanwhile, Afridi was also wanted in the 2008 serial bomb blasts in Ahmedabad, Gujarat in which 50 people lost their lives. The remnants of the Wagamon training camp, including Afridi, are believed to have planned and executed this attack. These two incidents were planned and executed by the Student Islamic Movement of India (SIMI)/Indian Mujahideen (IM) cadres. Afridi, who was part of a larger group, had actively conspired and executed these attacks.

Interestingly, the investigators were perplexed when Afridi confessed to his role in the 2014 Church street blast in Bengaluru which was originally attributed to be the work of an IM cell based in Madhya Pradesh, headed by Abu Faisal. Afridi had claimed that not only did he plan and execute the Church street blast which killed one innocent bystander but also the arson attack on an Israeli visa processing center in Bengaluru in 2015.

In the second instance, Afridi used an incendiary device to attack the Israeli visa processing center in Bengaluru during November 2015. Surveillance cameras have captured a masked man, throwing a bottle purportedly filled with an inflammable liquid and igniting it with a lighter.

If substantiated, both these attacks perpetrated by Afridi could well become a variant of lone wolf attacks in India, hitherto unknown to Indian policy makers. Raffaello Pantucci, who conducted a study entitled A Typology of Lone Wolves: Preliminary Analysis of Lone Islamist Terrorists in 2011, done under the aegis of International Centre for the Study of Radicalisation and Political Violence (ICSR), has identified and developed four typologies on lone wolf attacks which could be useful to identify such a phenomenon. Pantucci’s lone wolf typologies are:

Does Pantucci’s model throw light on whether Afridi is a lone wolf? In the case of Afridi, though Afridi had contacts with SIMI and IM leadership earlier in his career, his operational linkages appears to have been severed after 2008-2009. It is still not clear whether Afridi had any operational connections to his roots in SIMI or with other elements. Though, the investigators have claimed that Afridi carried out these two attacks at the behest of a handler, there is no convincing evidentiary trail to indicate or suggest any such linkages. Given the lack of any parental linkages, these two attacks, appear to have been orchestrated alone. The very fact that he has remained untraceable since 2007 further strengthens the theory that there have not been any operational linkages between Afridi and other elements within the erstwhile group.

Unlike the earlier incidents, Afridi has planted both these devices by himself. Surveillance cameras at both the locations have captured Afridi planting the devices. Open source reports also claim that the reconnaissance work for both these attacks were carried out by Afridi alone. There is no documented proof to suggest the involvement of other accomplices in these incidents. Any involvement of accomplices would have been certainly picked up by surveillance cameras. The low-profile nature of attacks – one via a low-tech bomb and the other an incendiary device – also indicates a lack of resources, which is another inherent characteristic of a terror attack planned and executed by an individual.

The choice of target also could possibly indicate the intentions behind these attacks. The Israeli diplomats were the target in the coconut grove incident and an Israeli visa processing center was the other target in the arson attack. The targets of both these attacks are connected to Israel. Additionally, anti-semitic literatures were recovered from Afridi’s house during his arrest. Unlike transnational groups such as the Lashkar-e-Toiba which targeted the Israeli Chabhad house in Mumbai during the Mumbai attacks, both SIMI and IM have traditionally targeted symbols of the Indian state in major Indian cities. Afridi’s deliberate choice of Israeli targets appears to be a clear departure from the earlier terror attacks of SIMI and IM which have focused on Indian targets only, indicating a new ideological focus.

Moreover, Afridi who had been evading capture, has not carried out any terror attacks against Indian targets since 2008. And again it would be germane to consider the question of why Afridi would risk his capture by perpetrating such low key attacks against a new choice of targets when he is comfortably hiding under an assumed identity. Both these attacks indicate that Afridi may have been inspired or motivated by a new ideology. Latest reports indicate that Afridi was in virtual contact with 14 out of the 24 alleged Islamic State operatives who were arrested by the NIA in January and February 2016. This actually became his undoing and led the investigators to him immediately after the arrest of the other Islamic State operatives. This aspect again buttresses the theory that Afridi was not in contact with his earlier accomplices, as believed originally, but was loosely connected to a new group with different extremist ideology.

Given the above facts that Afridi was not in direct touch with any operational cells, but loosely connected only to a new group with an even extreme ideology, one that has motivated him to act alone, amply validates Afridi’s case as that of a lone wolf. Proponents, who have argued against the possibility of lone wolf attacks in India may have missed the obvious in Afridi’s case.

Afridi’s acts appear to be self-motivated and are radically different from his earlier involvement in terror incidents such as the Wagamon training camp and the Ahmedabad serial blasts. Afridi’s case may not be a text book definition of a lone wolf but Afridi’s case clearly demonstrates that even a team player in terror organisation can transform himself or herself into a lone wolf, if the prevailing ecosystem is conducive.