Hariri & the Saudi Purge: The Latest from the Middle East 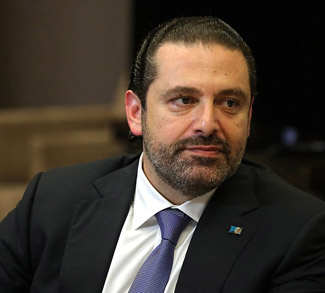 The resignation of Lebanese Prime Minister Saad Hariri may well have Saudi, Israeli, and American roots and interests at their base. Syria has all but taken full control of Deir Ezzor and will be moving to Raqqa, where it may have fewer problems with ISIS and more with the US-backed Kurds, who took the city a few weeks ago. Bashar al-Asad has emerged from the Syrian conflict as the victorious party. That was not supposed to happen. The Russian, Iranian, and Hezbollah intervention has been the key to this support. In turn, Hezbollah and Iran will feel stronger in Syria and beyond. The Shiite government of Iraq has already taken steps to move closer to Moscow than Washington, securing a Russian arms deals and possibly more. Russia has also entertained better relations with Turkey while establishing a dialogue with Syrian Kurdish forces in an effort to make the eventuality of peace talks and post-war political (and physical reconstruction) more plausible and longer lasting. As the situation stands now, the U.S. will have a much smaller role to play and the Saudis will not have any role.

To what extent will Iran and Hezbollah have a hold over the political affairs of Lebanon?

There is little doubt that Hezbollah and Iran have significant control over Lebanon’s political affairs. This has been the situation since the end of the Lebanese civil war of the 1980s. It was a battleground for the whole region, but the Taif peace accords that ended it recognized the fact that Shiites have the largest population in Lebanon, thus ushering in an increase of their political power. But this influence has further increased in the meantime because Hezbollah has gained acceptance and support from beyond the Shiite population. It has also been the most effective Arab army ever against Israel. Iran’s financial backing of Hezbollah has given it weapons but also the means to rebuild infrastructure and housing after wars (as in 2006). It has also allowed Hezbollah to run many social welfare programs, which help it retain popular support. Indeed, the Israeli war of 2006 only served to strengthen Hezbollah’s role in Lebanese politics. They have become much less militant about religious matters, allowing them to gain support from wider sections of the population. But, it’s important to note that Hezbollah was not an Iranian creation. Hezbollah emerged as a more radicalized faction of the original Shiite religious-political movement known as Amal in 1982 in response to the Israeli invasion of that year.

But, the same Saudis, not to mention the Americans, have put too much of their credibility into ‘regime changing’ Syria. Israel will not tolerate a strengthened Hezbollah, which has been one of the most important elements in challenging the onslaught from ISIS and Western-backed rebel forces (not just the Kurds). The resignation of Rafiq Hariri must be viewed in this context.

Hariri said he feared he would end up killed as Father Rafiq (he was killed in a massive bombing blamed on Syria – but never proven as such by special investigators – in Beirut in 2005.) This can be understandable because Lebanon is certainly not a stable country. The resignation of Hariri is a major event given that the country’s delicate sectarian and religious balance between Shiite, Sunni, and Christian components is always a problem and always a potential trigger of conflict. Saad Hariri is above all a very contradictory character. He may have inherited the role from his father but not the political skill. Thus he is an ideal puppet.

A US and Saudi role in PM Hariri’s resignation?

There is a connection between the arrests in Saudi Arabia, including that of Prince Alwaleed Bin Talal, and the resignation of the Sunni Saad Hariri. The Saudis and the Sunnis, in effect, have lost the war in Syria. Iran and its proxies have won it. The Asad win means that ISIS and the anti-regime jihadist factions sustained for years by the monarchies of the Gulf (Riyadh and Doha in particular) have lost. In Lebanon, Hariri knows that he can only maintain power as long as he works within the agreement signed with Hezbollah and their Christian allies, led by President Aoun. The Hariri resignation represents the next Saudi-American-Israeli move to prevent the Shiite Front from enjoying their victory. The US has military bases in Iraq; they have also established bases in Syria and they will be reluctant to leave. Hariri’s resignation will cause an institutional crisis in Lebanon. But, it could also cause the kind of political chaos that translates to factional violence on the streets. Indeed, the tactic might well be to trigger another Lebanese civil war – or to transfer the Syrian war to Lebanon. The goal is to break Hezbollah, who have gotten too strong for their own good.

In addition to the defeat in Syria, Saudi Arabia has to handle the heavy consequences of the war in Yemen where it is struggling, despite having made billions of arms purchases from the USA and UK, to defeat much less equipped Houthi rebels – which are perceived as allies of Iran, because they are a Shiite sect.  The fact that the Houthis once ruled Yemen – until 1962 – is often overlooked.

The Saudis are preparing for a massive shift.

The Saudis are struggling to save face. Prince Mohammed bin Salman, the de-facto ruler, may be very ambitious and seems to be in a competition with the Emir of Qatar, who is about the same young age.  Their failure to win in Yemen may inspire the Shiites who live in Saudi Arabia in the rich oil region of the northeast. The arrests of the princes, including Talal, helps Prince Salman divert blame and attention from the military failures just as Syria, Iran, and Hezbollah will be scoring their final and decisive points against ISIS. Salman is out to build his power and has targeted the biggest figures in Saudi Arabia for arrest (don’t feel too sorry for them, they are confined in luxurious quarters).

The ultimate goal, given his stated ambition to reform Islam, will probably be to encourage a wider Sunni participation in Saudi causes. In other words, Salman wants to move to a ‘normal’ Sunni religious approach (allowing women to drive, opening movie theatres) like Qatar or the UAE – but less like the progressive Kuwait. This, in Salman’s strategy, could help stem the popularity of Hezbollah and drive a deeper wedge between the entire Sunni world and the Shiites. It’s a case of softening the Wahhabi ideology – rather than strengthening it – to beat the Shiite tide. It’s not that Alwaleed Bin Talal was a radical Wahhabi. On the contrary, he’s more progressive than Salman will ever be. But he and other more open-minded figures may have criticized the royal family one too many times. Thus, they undermine the Saudi royal family’s authority at a time when its new leading figures want more power to make radical changes.

In Defense of the Iran Nuclear Deal