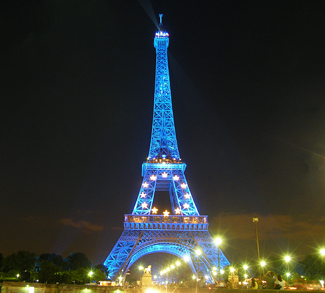 After Donald Trump’s victory in the US presidential elections (which was, by the way, a surprise only to those indoctrinated, seduced, or simply bought), Europe, or to be more precise, the European Union, is behaving like an orphan, abandoned by its strong father, whose hand it held and whom he(she) followed wherever he went. Europe does not know. Europe is asking. Europe has to know. Europe is warning. All this is addressed to the new leader who will take over the White House in mid-January next year. When we say “Europe” we think, it should be repeated, about the European Union, although the countries, just a few of them remaining, who are not already members of the EU are equally puzzled, they don’t know what to do and who will give them instructions for how to behave in the future.

This total disorientation and – let us put it frankly – the fear of a situation in which they will have to think for themselves and take over the responsibility for what they are doing, this is the main characteristic of European countries after Trump’s victory. If we believe him: “nothing will be as it was.” But let us be aware of the fact that Europe got accustomed to the role of a US “lackey” from the first days after victory in WW2, and especially in the days of the Cold War with its extremely tense relations between East and West. The only exemption was France in the years of President Charles de Gaulle. The general even took his country out of the military structure of NATO, because – as he saw it – US dominance in the Atlantic Pact did not correspond with the role he wanted his country to play on the international scene. But the rest followed, although public opinion in these countries would from time to time openly rebel against American policy (just two examples: demonstrations against the war in Vietnam and against deploying Pershing missiles in Germany). What is however important, is the fact that, despite these vigorous protests, the ruling elites in Europe accepted the role of followers of the US without asking any unpleasant questions.

Even in recent years, when it became known that the US National Security Agency (NSA) is spying world-wide on whomever it wants, including the leading politicians of allied countries, not a single one of these allies dared to do what any country with a sound self-respect would have done: send a protest note, sharply demand the spying to be stopped and recall its ambassador from Washington for consultations for an undefined period. No, the Old Continent whose history gives him in many senses the right to think itself superior to the US (not economically and militarily, of course) chose to continue playing in the front row in a game it did not either plan or execute.

Such a position could have to a certain point been understood in the times when Europe was divided between the West (democratic) and the East (authoritarian, socialist). At that time “big brother” from the other side of the Atlantic was seen as a necessity in the West – as counterweight to the hegemony that threatened from the East. Although even then it was quite clear to anybody who was willing to see things as they were, that in Europe it is possible to wage a policy aimed in the first place at the benefit of Europe. The most evident proof of this is the period of the West German Chancellor Willy Brand. To accept the German (East) – Polish border and to find a common language with the “other” Germany (although Bonn never officially recognized Berlin-Pankow), these were things unthinkable of in the hitherto practiced scenario of Cold War. But, they were doable, because at that time Nixon and Kissinger forged in Washington the détente strategy, trying (and they will succeed!) in calming down US-Soviet relations and putting them on a normal track.

In the accurate words of prof. Anis H. Bajrektarevic, speaking on the irresponsibility of superpowers and their satellites: “In Europe, the continent of the sharpest ideological divide, with practically two halves militarily confronting each other all over the core sectors of the continent (where Atlantic Europe was behind some of the gravest atrocities of the 20th century, from French Indochina, Falklands/Malvinas, Indonesia, Congo, Rhodesia to Algeria and Egypt), and with its southern flank of Portugal, Spain and Greece (and Turkey sporadically) run by the US-backed murderous military juntas, Yugoslavia was remarkably mild island of stability, moderation and wisdom.”

Indeed, another example of an independent policy in Europe was without any doubt Yugoslavia. And even the movement called “Euro-communism” based on the experience of the Yugoslav independent policy (in regard to Moscow) proved that in Europe there were ideas, there was knowledge, and there was courage to emerge on a path that will be nobody’s, but European. And that there were politicians who were ready to enter this path.

While all this was happening, the European project was taking shape. It started as the Coal and Steel Community (the first obstacle to possible new wars erected by those who experienced WW2) to become in our days the European Union. But, although the Union (at that time still the Community) experienced its first big wave of enlargement after the collapse of socialism and disintegration of the Soviet Union, thus growing into a truly all-European project, it made at the same time a giant step backwards. For the sake of never totally subdued nationalism in the West and a fast emerging new nationalism in the East, it abandoned for good, even as a distant goal, the idea of a ‘United States of Europe.’  Washington did verbally always support the EU, but objectively speaking, for US strategists a strong European Union was never seen as being in their interest. What they wanted was a strong NATO, which they transformed from an exclusively European defense alliance into a mighty tool of its own policy on the global scene. This was, among other things, demonstrated by the unwritten rule that every country aspiring to become an EU member had to join NATO first. The membership in NATO was thus treated as some sort of preliminary examination (and qualification at the same time) for membership in the European Union.

After the 9/11 attacks, American policy inaugurated the division of the Old Continent into “old” and “new” Europe. From Washington’s point of view the countries of “new” Europe were those ready to obey and do what they were told to do from the other side of the Atlantic. This “new” Europe, free finally from Soviet supremacy and so eager to accept a new one from another part of the world, applauded without hesitating for even a moment the so-called Arab Spring and supported the confrontation policy towards Russia (a renewed form of the “containment” from the Cold War days). Nobody even mentioned that what happened in Ukraine would have most probably taken another course without the active involvement of the West, including the US. Today both the old and new Europe have lost the “father” who guided them by the hand and told them what to do, when and how, regardless of what was in question. And there are no new instructions!

One might judge Donald Trump this or that way – as the devil himself, or as a man with some new ideas, some of them encouraging (rejection of the policy of imposing regimes), some – worrying (non-acceptance of the fact of global warming). But, we are not discussing Trump, we are speaking about Europe. And neither this continent, nor the European Union showed that they deserve to be treated as being mature. The Union, just yesterday, didn’t use the unique chance to become an equal partner to the US, Russia, or China, by being unable to formulate its own, common foreign or security policy. Yesterday, a tragic lack of orientation in confronting the refugee wave (that would not be as it is now without the influence of US policy, as it was); today, the Union is demonstrating a total lack of orientation when it is clear that a candidate (now president-elect) who is not the favorite of mighty either financial, or political circles is preparing to enter the White House.

And this is why Europe is standing lost on the global scene – as an orphan.