EU: “Ever Closer Union” Hits a Wall with the Visegrád Four

After years of economic recession and migrant inflows, the European Union is faced with a crisis of values and institutional identity. This crisis has manifested in part in the emergence of various Eurosceptic movements supporting alternative visions of the powers and role the EU should have. The growing divide is epitomized by two recent events: Viktor Orbán’s reelection as prime minister of Hungary and the pro-EU speech delivered by France’s President Emmanuel Macron, who declared that Europe is now descending into a “civil war” over its core values. Macron’s “war” pits the countries that initiated the European integration project almost 70 years ago (France and Germany) against the Visegrád Group (or V4), which includes Poland, Hungary, the Czech Republic, and Slovakia. It goes far beyond the electoral arenas of domestic politics; this is a political wedge that could have a decisive impact on the future of the European Union.

Disagreements over the nature of European integration are often accompanied by divergent geopolitical visions, which can be explained by the different historical experiences of opposing sides in the “civil war.” The pro-EU field is formed by countries that were founded through a (difficult) process of territorial unification and concentration of power in the hands of a central state. This is the case in France, which began as an aggregate of feuds in the Middle Ages to ultimately become a powerful unified nation-state at the dawn of the Modern Era. Likewise, Germany was initially a mosaic of polities of different natures and dimensions held together by a waning allegiance to the Holy Roman Empire; it was ultimately unified in 1871 as a nation-state. Similar paths of state-building through centralization took place in Spain, the Netherlands, Italy, and Great Britain. Without forgetting the specificities of each case, all are examples where the present-day state was created when minor polities pooled their sovereignty into a single and more powerful entity.

The historical experience of the V4 countries is markedly different, as they assumed their current shape following the dissolution of a greater supranational polity. Poland, the V4’s most important country, is a good example of this process. Initially a kingdom during most of the Middle Ages, it formed a Union with the Great Duchy of Lithuania in 1386, later to become a polity known as the Polish-Lithuanian Commonwealth in 1569. This was a vast and powerful supranational entity that also included large swathes of Belarus and Ukraine, but it gradually declined over the 18th century, and was ultimately partitioned between Prussia, Austria, and Russia from 1772-1795, after which it formally ceased to exist.

Following nearly a century of uprisings, a Polish state was reconstituted after WWI, but its life was short-lived, as in 1939 it was divided again between Nazi Germany and the Soviet Union.

Hungarian history follows a similar pattern. Once a self-ruling and large kingdom in the Middle Ages, it later declined and after its decisive defeat to the Ottomans at the Battle of Mohacs (1526), it was divided between the Holy Roman Empire and the Ottomans. Later, its history continued as a part of Austria, of which it officially became the second “head” following an 1867 reform that resulted in the creation of the Austro-Hungarian double monarchy. Hungary regained full independence once again following World War I.

Lastly, Czech also started as an independent entity in the Middle Ages (Bohemia), only to later become part of the Holy Roman Empire and then Austria. Slovakia on the other hand was constantly under the domination of its more powerful neighbors (Hungary, Poland, the Ottoman Empire, Austria). Following the dissolution of Austria-Hungary in 1918, Czech and Slovakia gained their independence in 1918 as a single state, Czechoslovakia.

After WWII, these countries all reappeared as nominally independent entities that were de facto subordinated to the Soviet Union as satellites states. When the Cold War ended in 1991, they finally recovered their independence and their leaders gathered in the castle of Visegrád, thus creating the eponymous grouping (it is interesting to note that the castle was chosen to recall the Visegrád Congress of 1335, when Polish, Hungarian, and Bohemian (Czech) rulers met to establish an anti-Habsburg coalition whose main aim was to gain easier access to Western European markets). Throughout the 1990s, the V4 states continued cooperating and ultimately joined the EU in 2004. 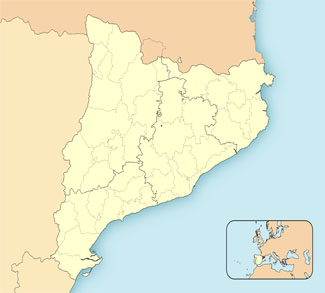 Madrid Braces for a Declaration of Independence in Catalonia 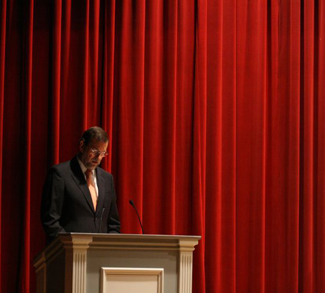