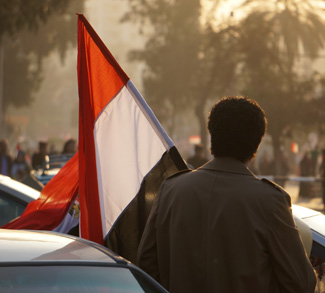 The 17 September asset freeze decision against a group of independent Egyptian NGOs marked an unprecedented point in Egypt’s mounting repression against human rights organizations and targeting of rights defenders.

A North Cairo criminal court issued an order, on 17 September, to freeze the assets of three rights centres (the Cairo Institute for Human Rights Studies, the Hisham Mubarak Law Center      and the Egyptian Center on the right to Education) as well as the personal funds of five prominent human rights defenders, including Hossam Bahgat, Gamal Eid and Bahey el Din Hassan, in what is known as Case 173 of 2011, which indicts 37 NGOs for receiving illegal foreign funding.

The court order sent a frightening signal across the Egyptian human rights movement that formal criminal proceedings against the defendants could follow any time soon. This is the latest turn in a five-year-old case that saw in past months a number of repressive measures requested by the investigative judges, including travel bans, asset freeze orders, the summoning of NGO staff or directors for interrogation, and closure orders.

Egyptian civil society organizations have been operating in a risky environment since December 2011, when authorities raided the offices of 17 rights groups accusing them of using funds from abroad for illegal purposes, such as destabilizing the country’s unity and harming security and public order. Or in other words: joining a foreign conspiracy against Egypt.

Earlier in July 2011, the investigation into the funding of organizations began and subsequently led to the first trial in 2012 that resulted in the 2013 verdict handing prison sentences ranging between 1-5 years to 43 NGO staff of foreign NGOs including 15 Americans who had fled Egypt, and closing several foreign pro-democracy groups which included US-based Freedom House and Germany’s Konrad Adenauer Foundation.

“What I find very surprising here is that if there are countries presumably funding NGOs to conspire against Egypt, then why the Egyptian government has never taken a diplomatic stance or made a single statement against those countries?” noted Bahey eldin Hassan, founder and head of the Cairo Institute for Human Rights Studies (CIHRS).

On the contrary, the same states which are said to be “conspirators” are Egypt’s major allies, and their strategic cooperation has even consolidated and expanded over the years, as Hassan stated, suggesting that such contradiction would prove the government’s real intent is to suppress independent human rights groups, not to fight international conspiracy.

The 2012-13 trial paved the way for more intimidation and pressure from the Egyptian state versus other foreign NGOs, pushing many of them to close their offices and relocate elsewhere.

“I cannot count how many organizations shut and moved out of Egypt following the trial,” the CIHRS director said, “so after the authorities finished the job with international groups, they moved on to clamp down on local organizations.”

The investigation resumed in 2014 and went on targeting dozens of Egyptian NGOs and human rights advocates, charged with illegally obtaining foreign funding and harming national security. It was later frozen and reopened earlier this year to end up now with the prosecution of NGO leaders, which is essentially due to their legitimate human rights work.

“This large-scale case from its start has no legal basis, it’s political and it targets almost 90% of the Egyptian independent human rights organizations that are openly opposed to the regime” asserted Gamal Eid, founder and director of the Arab Network for Human Rights (ANHRI).

Similarly for the CIHRS founder, the whole case has been purely a political one with no upholding of the rule of law nor independence of judiciary.

Eid highlighted that procedures in the case contained several violations. For example, none of the NGO staff summoned for questioning had been formally charged, some defendants – including the five directors whose assets were frozen – were prosecuted without even being investigated, and several local rights workers who had not been involved in the previous trial were now included. This was like the ANHRI director himself, who just last March found out about the request to freeze his assets from Egyptian newspapers, without prior notice or formal request from the investigating judges.

“I was accused of receiving foreign funds on my personal account, I brought to the judges and the press an official statement from my bank that proved the contrary. Legally speaking, the case should have been closed at that point,” said the human rights lawyer.

Earlier in February, both Hossam Bahgat and Gamal Eid were also banned from travel in connection to the lawsuit, however they were not notified of any pending charges against them back then.

In April, after the case was reopened, the spokesman of UN Secretary General Ban Ki Moon said in a statement that the secretary general was following closely judicial proceedings in Egypt regarding Case 173, stressing the need for human rights defenders, civil society in general and media “to work without undue restrictions.”

In response, Egypt’s foreign ministry rejected any remarks “that aim to interfere in the work of the Egyptian judiciary, particularly when such statements are released hours prior to the date of a court session.” The Foreign Ministry spokesperson also noted that it is ‘’unacceptable” for a statement to imply that the defendants in the case “will not be able to benefit from all due process and fair trial standards.”

Numerous statements have appeared from local and international rights organizations, the U.S., and the UN, widely criticizing the handling of the foreign funding case, including the decision to reopen an investigation into Egyptian NGOs.

In contrast, it seems there has been hardly a substantial argument or legal justification from the Egyptian authorities to motivate Case 173 and its reopening.

The evidence used by the investigative judges in Case 173 appears to be based mostly on reports by the National Security Agency of the Interior Ministry that claim the NGOs received funds for activities that harm national security. The evidence of these “crimes against national security‘’ are in fact related to the work of the human rights organizations.

Asset freezes, travel bans, interrogation and arrest of NGO staff are all pre-trial punitive measures that seem to fit in a larger plan to retaliate against anyone who defends human rights in Egypt.

“This effort to eradicate civil society comes during a period of unprecedented government repression that has led to more radicalization; a time where civil society is needed the most,” Hassan said in a press release delivered before the United Nations Human Rights Council (HRC) two days after the asset freeze order.

The CIHRS founder also stated that asset freezes are just one step, and “more severe rulings are expected.” Under Article 78 of the Penal Code amended by decree by President Sisi in 2014, which is said to address terrorism but for the first time is being used against rights defenders, NGO workers can receive a sentence of up to life imprisonment (25 years in prison in Egypt) if a judge determines that they received foreign funding.

In today’s Egypt, where there is no independent judiciary, most media outlets are state-run, and political parties are no longer speaking out, the reopening of the 2011 case comes as a ‘legal pretext’ for the state agencies to smear and crush the only remaining voices critical of the government’s policies.

Prosecution of the most credible and independent human rights NGOs in Egypt may lead to the closure of these NGOs and the sentencing of their workers and senior staff, with a detrimental effect on the Egyptian rights movement as less and less organizations will be left to expose violations on the ground.

In that sense, the verdict in the asset freeze trial risks eradicating the ability of many independent rights organizations to operate and continue their work amid the worst crackdown on human rights and civil liberties in memory.

Will Free Speech Be Squeezed out of China’s Hong Kong? 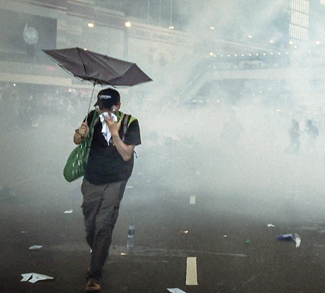