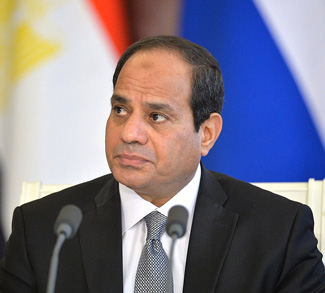 After undertaking a number of controversial reforms at the behest of the International Monetary Fund (IMF), Egypt’s government has seen a modest recovery in the value of the country’s currency, the Egyptian pound. Some analysts are hoping that this marks a successful beginning toward economic recovery in the Arab world’s largest country, whose economy has been in crisis since the overthrow of the Mubarak regime in 2011. But Mubarak’s successors have equally struggled to address long-running issues such as inflation, high youth unemployment, and high birthrates, which the economy struggles to grow fast enough to generate jobs for. Economic reform has long been needed in Egypt’s crony capitalist system, where a small circle of military and political insiders dominate. Yet reform doesn’t come easy: subsidies on a wide variety of daily necessities and the country’s bloated public sector sustain the daily existence of countless Egyptians.

The economic situation came to a head last year, when the wasteful subsidy regime caused a precipitous decline in Cairo’s currency reserves, forcing Egypt to turn to the IMF and accept a structural adjustment policy in return for funding. It remains to be seen if the regime of General Abdel Fattah el-Sisi, who came to power in a popular coup in 2013, will retain enough legitimacy to complete the IMF’s reform program. Doing so would involve the dismantling of many popular social programs; it also calls on Sisi to tackle corruption and vested interests within the Egyptian establishment – the same one that brought Sisi to power. The general’s only choice might be to give it a try, however, as Egypt’s modest recovery has thus far only bought him some time to solve Egypt’s deep-rooted economic issues, the same issues that undermined his predecessors.

A fragile presidency. President Sisi has restored the military-backed police state of the Mubarak era, arguing it is needed to provide stability and tackle an Islamist insurgency that has taken off, primarily in the impoverished Sinai Peninsula, since he seized power and alienated many of the political Islamist factions from the mainstream. The general also promised to grow Egypt’s faltering economy upon taking power, a task that seems beyond the ability of his government after a series of grandiose infrastructure-building projects, such as a widening of the Suez Canal, have provided only modest economic returns.