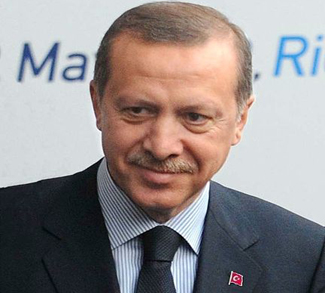 Though the dust has yet to settle from airstrikes in Syria last week, Israel’s “neither conform no deny” posture has forced pundits to speculate on the intended target and whether or not the embattled Assad regime will retaliate.  Fear and speculation swirls over a possible Iranian response, and most of the diplomatic world withholds comment and holds its breath. The exception, once again, is Tayip Erdogan’s Turkey.

On Saturday, we witnessed the remarkable spectacle of the Turkish Foreign Minister publicly taunting Assad to retaliate.  “Why didn’t Assad even throw a pebble when Israeli jets were flying over his palace,” asked Ahmet Davutoglu. Unless the Turks are much smarter and bolder than the rest of the diplomatic community and are in fact intent on Syrian retaliation to provoke a full-scale Israeli operation that would overthrow the embattled Damascus regime and rid Turkey of the Assad problem, then such statements undermine responsible diplomacy and Turkish self-interest.

First of all, whether the Israeli target was Syrian missile bound for Hezbollah in Lebanon or a chemical weapons plant, the Turks benefit from the destruction of both. Indeed, Ankara had demanded and received American Patriot missile defense systems to counter precisely this threat.

On the level of pride – which more and more seems to inform Turkish foreign policy over statecraft – it appears that Davutoglu forgets that Turkey did not “even throw a pebble” when Assad used his air defenses to shoot down a Turkish Phantom last year that strayed a little too close to the targets that Israeli just hit.  The wounded pride would cut deeper if Davutoglu were then to consider that the Israeli operation developed the technical skills to avoid Syrian air defenses, whereas the Turkish Phantom- deprived of Israeli electronic upgrades since 2009 – did not.

The diplomatic rant is not exceptional from Turkey.  In the midst of the Gaza conflict, Erdogan stood outside, banged his shoe, and called Israel a terror state while the embattled Morsi in Egypt boosted his stock with quiet and successful diplomatic efforts to broker the ceasefire. No doubt, Morsi’s survival today in Egypt’s constitutional crisis is bolstered by his success in Gaza.

The Turks under Erdogan however, continue to choose to ignore traditional diplomatic protocol, with predictable outcomes for Turkish stature.  The leadership cannot maintain the public decorum that entitles leaders to trusted back-channel diplomatic access. Most apparent in Turkey’s post-flotilla rancor with Israel, the same dynamic surfaces in Ankara’s relations with historically challenging partners. Turkish-Russian diplomacy is on edge. The French were labeled as “imperialists” when Paris recognized the Armenian Genocide.  All of Europe has similarly been dismissed as “racist” when Turkish overtures to join the EU face hurdles.

In simple terms, Turkey under Erdogan talks too much to promote its interests with traditional regional and international power-brokers. The policies and interests of other states might be an affront to Erdogan’s moral compass, but more powerful countries with similar moralistic foreign policy drivers have learned the meaning of hubris.

With Israel, Turkey is still incensed over the Gaza flotilla, of course. Despite Israeli warnings that the unfortunate outcome was predictable, and despite Israeli overtures to offer compensation, the Turks want Israel to grovel. That won’t happen. Netanyahu, too, has isolated his country and made foreign policy errors. Still, the one proven tactic that Netanyahu uses with great success that Erdogan has yet to consider, let alone master, is silence.

Turkey, therefore, will remain on the outside looking in as Israel and Greece close energy deals in Cyprus.  Turkey will not be admitted to the EU.  It will continue to be plagued with Kurdish unrest –witness the terrorist attack on American interests in Turkey, which didn’t humble Davutoglu at all.  Prodding Assad and chiding Israel are much more appealing, though Turkey should be careful: It may just get what it wants. 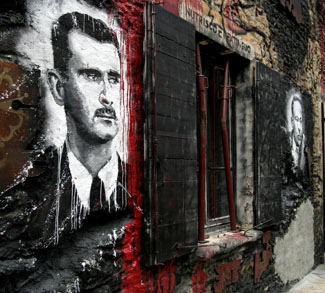