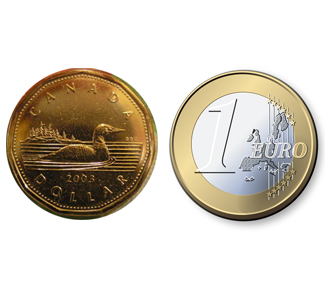 Late last week, an assembly of trade specialists, law professors and high-ranking policy officers from both Canada and the European Union converged at McGill University to discuss the details of the recently-reached Comprehensive Economic and Trade Agreement (CETA), itself pounded out over five years of intense negotiations.

The Canada-EU free trade pact aims to expand trade liberalization by removing tariffs and bilaterally facilitating the export of goods and services. In its current form, the treaty has succeeded in eliminating 95% of tariffs from the agricultural sector, and has removed significant non-tariff barriers that were impeding access to both markets.

The agreement gives Canadian companies access to a market of 500 million people, and provides Canada with the upper hand in future dealings with the EU, one conference attendee said.

“It gives Canada a strong strategic advantage. The EU is the largest market in the world, and it is home to more Fortune 500 companies than the U.S.”

Completing the CETA negotiations before the start of EU-US trade talks has also given Canada some leverage over its southern neighbor, he said.

“If the EU-US talks succeed, it will build a bigger market for North America in the European Union, but if they happen to fail, we’ll have the advantage over the U.S.”

On paper, Canada had much more to gain from such an agreement than did the EU, another attendant remarked.

Canada’s foreign direct investment in the EU remains much higher than EU FDI in Canada, and the EU is Canada’s second most important trade partner. However, Canada’s importance to the EU as a trade partner is much more muted, being the EU’s 12th most important, accounting largely of minerals and metals exports.

For the EU, CETA’s importance rests not on its opening of the Canadian market to EU manufacturers and exporters, but on its establishment of a process of deeper international integration and its ability to be used as a blueprint for the Transatlantic Trade and Investment Partnership (TTIP) with the United States.

If the treaty is fully implemented, service trade between Canada and the European Union could swell to as much as 6 billion euro per year, another attendee said.

Trade relationship not guaranteed to flourish

EU access to Canada’s public procurement contracts could be a big gain for European firms, as they would now have the right to compete for government contracts at the federal and provincial levels.

However, he cautioned that the 6 billion euro figure may be overly optimistic, noting that anticipated trade gains from EU integration had as yet failed to materialize.

Canada may also have difficulty maximizing returns from the new opportunities presented by CETA, one presenter said.

Significant policy reform may be needed to restore competitiveness to a host of industrial sectors if Canadian firms are to run against EU firms for contracts, he said.

“Close to a majority of sectors have lost their competitiveness,” he added. “We’ve now moved to a natural resource economy, which has problems with competitiveness.”

The CETA agreement is now in the legal review stage, which is expected to take six months. Then, the extensive agreement must be translated into each of the EU’s official languages, before being approved by the European Commission and the European Parliament. It remains unclear as to whether individual EU member states will need to ratify the agreement.

Though initially widely supported, the bilateral trade agreement has come under fire in recent weeks by those in the EU, primarily over the investor-state dispute settlement clause in CETA. As trade talks with the US ramp up, European firms and politicians – led by Germany, but also including Austria and France – have railed against the clauses which would allow corporations the right to sue governments should those governments implement laws which might adversely impact the firm’s business.

Participants at the conference, which included high-ranking EU trade officials, minimized this opposition, and insisted it had far more to do with ongoing TTIP talks than with CETA and its approval process. Proponents of the treaty repeated that the EU has signed around 1,400 bilateral investment treaties (BITs), none of which have resulted in damaging litigation.

An improvement in the Eurozone has also dampened appetites for trade treaties, conference participants cautioned.

When CETA negotiations began five years ago, the European Union was mired in financial and economic troubles, and saw trade expansion as one of the few paths to economic recovery. Now that the crisis has been weathered, there is less political will to sign onto an extensive economic treaty which may not bring as much reward as initially promised.

The conference took place under Chatham Rules, which precludes the author from disclosing sources of quotes 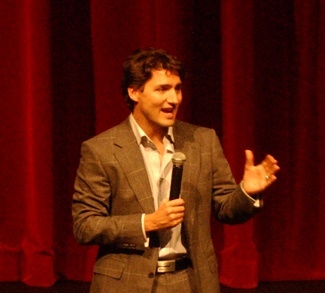