Canada has been forced to deal with a difficult diplomatic situation, perhaps having to rely on the help of Donald Trump, no less, because its European friends, the UK, Germany, France have refused to intercede. Who is this mighty and narcissistic foe that needs so much attention? Why it’s Saudi Arabia. Its human rights and social norms may not be to everyone’s taste. But, everyone likes its oil and especially the dollars it provides to invest in all kinds of goods in countries like the US, Germany, France and of course Canada.

Canadian expats in Saudi Arabia are now at risk – I would advise them to hold back any cravings for alcohol. More significantly, companies like SNC Lavalin stand to lose considerable business in ongoing projects in the Kingdom. While human rights are important, it’s also important to recognize the totality of a country’s interests when picking a spat – one you can’t win. And Canada is proving that because of the obvious problem that it’s causing in Ottawa, despite appearances.

Recently, through diplomatic channels, Canada has demanded the release of a jailed woman in Saudi Arabia. Her husband has refugee status in Canada. So far so good and diplomatic. But, Canada’s ideological (just look at her record on relations with Russia) former journalist minister of foreign affairs, Chrystia Freeland, has picked up Trump’s penchant for Twitter. She decided to tweet about the Saudi woman and ruined any chance of her release, while also triggering a diplomatic crisis with the Kingdom.

For all of the human rights paraphernalia of the Trudeau government, diplomacy should be conducted through diplomatic channels – not social media. Moreover, the Saudis have a distaste for Twitter, having arrested many locals who have used the platform to criticize – however legitimately – the House of Saud. Freeland has committed a rookie but cardinal diplomatic error. Instead of admitting this, Ottawa has upped the ante – and played right into the Conservatives’ arms. They, not to be outdone, presumably sent former foreign minister, John Baird, to criticize the Canadian government on Saudi TV no less. There’s an argument that could be made featuring the term ‘treason’ somewhere in what Baird (and his former boss, PM Harper) did.

That said, when it comes to human rights, Freeland and Trudeau seem oblivious to the Saudi led war against the Houthis in Yemen. Canada has gladly sold armored cars to the Saudis. Thus, it has shown that moral lessons can take a backseat to trade and business.

Still, the big issue concerns the excessiveness of the Saudi reaction. Why has it been so tough?

Simply put, the Saudis have little to lose by cutting off Canada. But, they can make a big example out of it, should any other Western nation be tempted to criticize its human right records while Crown Prince Muhammad bin Salman implements what seem like slow reforms in the West. Yet, the Crown Prince is moving the equivalent of mountains vis-à-vis the Wahhabi religious establishment, the Ulama.

Saudi Arabia knows that the West is the one that has most to lose in any diplomatic showdown of this kind; especially Canada, which has little leverage in the Middle East. Canada, for example, has bad ties with Saudi enemy Iran and even worse perhaps with Russia, the very same which has defeated Saudi backed ‘rebels’ in Syria (while Canada tacitly supported them).

The Saudis have also been moving closer to Israel – thanks also to Trump’s interventions and the common enemy of Iran. Thus, Saudi Arabia, and not without some reason, believes it should enjoy the kind of immunity from criticism that is afforded to Israel. Moreover, Prince Mohammad bin Salman (MBS – the real architect of the Saudi ‘reforms’), given the apparent senility of King Salman, expects to become King soon. He faces much internal competition and has to appear tough about upholding traditional Saudi virtues in the eyes of the religious establishment.

The Saudis are clear about one thing. And the other Western nations have already absorbed the message. If you want Saudi riyals in your pockets, you must ignore crimes against humanity and the violence against the civilians in Yemen. The Saudis demand and expect to be granted a special status within the “international community.”

Saudi Arabia has learned much from Israel. It shares with it an intense identity policy, religious exclusiveness, and a willingness to adopt disproportionate military force against civilians.

The Saudis have oil and money. The West wants these and the al-Saud family, the primacy of which is any Saudi monarch’s prime concern, knows this. Either Canada cuts off relations with Saudi Arabia altogether and Freeland starts treating the Kingdom as she has Russia or Iran, or she must keep quiet on violations of human rights. It’s really that simple.

Canada is ready to use tough language and diplomacy against certain easy targets, like Iran and Gaddafi’s Libya. But in the end, Canada will find the right way to apologize to the Saudis and bury the hypocrisy of its selective ‘human rights’ stances under the desert sands.

As evidence, consider Sweden foreign affairs minister Margot Wallstrom and her spat with the Saudis in 2015. The case is remarkably similar to Canada’s, as it involves the same man Raif Badawi, the brother of the refugee Samer Badawi who is in Canada. (Raif was flogged).

After cancelling various arms deals and other cooperation agreements, Saudi-Swedish relations gradually improved. But, in 2017, Wallstrom defended Saudi Arabia’s appointment to the U.N. women’s rights commission. She explained: “[the Saudis] ought to be there to learn something about women.”

Expect Freeland to express support for a similarly incongruent post involving Saudi Arabia in the near future. That will be the price to pay. 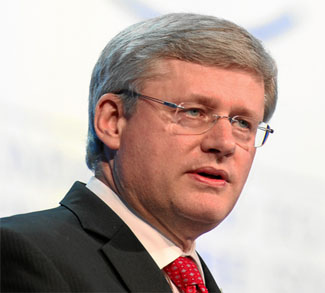