Brexit as a Renewal of Britain’s Geopolitical Cycle

Amongst other things, geopolitics can be seen as an analytical tool whose comprehensive perspective is useful to unveil the patterns that shape the action of the impersonal forces which condition the behavior of socio-political entities throughout history. In other words, since it can envisage constants, it has the ability to foresee the recurrence of certain themes.

In that sense, even in strategic circles, Brexit is often portrayed as a wild card, an unforeseen event that makes little sense when seen from a contemporary angle. After all, the European Union symbolically embodied the spirit of liberal internationalism that prevailed after the Cold War, at least throughout the Western world. The integrationist project it represented was regarded by many as a role model. The EU’s gravitational pull was so strong that even a country like Turkey –a national state that has its own imperial tradition – once intended to join the bloc. Likewise, in an unmistakable display of ‘soft power,’ EU flags were prominently flown in the context of the Euromaidan protests.

However, a closer look reveals that, although it represents a major game-changer, Brexit itself is consistent with historical cycles. Thus, a long-range assessment is pertinent in order to transcend the deafening noise unleashed by the incoming UK general election that will be held next month.

Considering their position, the British Isles are notoriously difficult to conquer. Even though the distance that separates them from continental Europe is not unsurmountable; the very existence of the English Channel provides a reasonably good layer of protection. That means Britain can only be invaded by a formidable maritime force. Since the Roman Empire was, by far, the greatest sea power in classical antiquity, the Roman conquest of Britain is a reminder of this reality. However, such endeavor was enormously challenging. Back then, Britain was beyond the confines of the known world and a lot of fierce resistance was encountered. Furthermore, even after Roman rule had become a fact on the ground, Britain was known as a rebellious province.

Other European empires have tried to emulate the Romans. Nevertheless, even though both Napoleonic France and Nazi Germany certainly had the intent, they lacked the critical mass to assemble an expeditionary force that could effectively threaten English soil. Moreover, the failure of the Spanish Armada – whose mission was, to a certain degree, thwarted by nature itself – represents another telling example of the inherent difficulty associated with such an ambitious goal.

On the other hand, Britain knows that a strong power that manages to unify much of continental Europe under its hegemony has the potential to develop a strong navy that could one day attempt to invade the British Isles. This rationale has been the cornerstone of British grand strategy. In order to avoid that scenario, Britain has had no choice but to get actively involved – militarily or otherwise – in European affairs. The imperative has always been to forge a balance of power that did not favour the rise of a hegemonic configuration in continental Europe. This also explains why England courted Portugal as an instrumental ally that could help keep Spanish power in check.

Furthermore, thanks to the Industrial Revolution and to the enhancement of its sea power projection capabilities as a matter of statecraft – keep in mind that the improvement of navigational technologies was one of the first assignments of the Royal Society – Britain managed to establish colonies in North America, the Caribbean, South Africa, the Indian subcontinent and Australasia. The territorial extent reached by the so called “Empire on which the sun never sets” is a testament to British maritime strength. Likewise, London became the world’s top financial hub.

Great Britain and the EU

The European Union is seen as the gold standard of international co-operation and regional integration. However, it was ultimately a political product of World War II and the Cold War. Its creation responded to the need to deter another intra-European war and to galvanise a solid block that could contain the geopolitical influence of the Soviet Union. Therefore, the best way to achieve such objectives would to interlock economic interests, even though the essential rationale was geostrategic.

The UK eventually joined the European Union as a way to seek profitable business opportunities. However, it was careful not to compromise its sovereignty and hence it resisted efforts to push towards a confederation. For instance, instead of adopting the euro, the UK preserved its own national currency, the pound sterling. Moreover, EU membership provided an opportunity to have a say in European affairs (often on behalf of Washington), which entailed the chance to prevent Britain’s geopolitical nightmare.

Nevertheless, as the Cold War came to an end, history eventually managed to return. Its dismissal had turned out to be premature. The reunification of Germany – something Prime Minister Margaret Thatcher discreetly tried to prevent – meant that the whole process of European integration could act as a conduit for Berlin, as Western Europe’s historical centre of geopolitical gravity, to seek regional hegemony through economic channels. It must be borne in mind that, since Germany’s internal market cannot absorb everything the country manufactures, it has to export the rest of its industrial output.

Britain did everything in its power to block proposals that could facilitate the emergence of a continental entity disproportionately dominated by a Franco-German entente. There was also a reluctance to follow Brussels’ prescriptions, prompted by reasonable doubts about the pertinence of simply relinquishing the national sovereignty Britain had fought so hard to preserve for centuries. This underlying tension was temporarily contained by the stabilising framework of NATO and its nuclear umbrella. After all, one of the alliance’s original goals was to minimise the prospect of conflict amongst its members.

Back to the Future

However, the strategic environment has changed since the post-Cold War era emerged. Germany is aggressively pursuing its geopolitical and geoeconomic agenda, transatlantic relations are being redefined, Russia is reasserting its position as a player whose agenda cannot be overlooked and the legitimacy of the EU is being questioned, especially considering that its promise of unprecedented shared prosperity has not been fulfilled for everyone.

Moreover, by including countries whose economic profiles and priorities are remarkably different, the whole structure has seemingly overextended beyond the threshold of functionality. “United in diversity” sounds like a nice slogan, but reconciling highly heterogeneous interests is easier said than done. Perhaps more importantly, it is also questionable to align national states whose identities and values are often at odds with one other. The refusal of Hungary to accept the notion of “open borders” and Poland’s political rejection of secular Western ideals are two examples.

Likewise, the proliferation of regional separatist movements – in places like Catalonia and Wallonia – and militant Islamism in several European nations generate concerns about the long-term feasibility of the integrationist project championed by Brussels. Another factor that deserves to be taken into account is that, instead on continuing its quest to seek EU membership, Turkey decided to revive its imperial tradition by pursuing a Neo-Ottoman policy, both at home and abroad.

This combination has fueled uncertainty, structural imbalances and rising power struggles. In this context, Brexit – far from being a spontaneous or irrational event – makes sense from a geopolitical viewpoint. It is not illogical to increase the control of one’s own fate when external circumstances present formidable navigational challenges, even if that entails short-term disadvantages.

Nevertheless, now that the point of no return is about to be crossed, it is not clear how the process will play out. Right now, it looks like the best-case scenario would be an environment of competitive coexistence, under which the UK and the EU would become economic and financial rivals but close strategic partners. The materialization of this prospect would require the generation of a comprehensive agreement.

Yet, there is an incentive for the EU to ‘punish’ Britain – with both economic and political retaliatory measures – in order to prevent other members from defecting. This option is colloquially referred to as “hard Brexit.” Such course of action would trigger a strategic environment of renewed geopolitical tension. In terms of critical mass, the balance of power certainly favors the Franco-German axis but Britain is not exactly powerless.

The UK has its own nuclear arsenal and a military-industrial complex that manufactures state-of-the-art weaponry (like the Tempest fighter aircraft). Moreover, it has a blue-water navy and the country’s GDP makes it the world’s fifth largest economy. Likewise, as a financial hub, London is ahead of Frankfurt when it comes to dynamism, prestige and international projection. Plus, British “soft power” is felt in fields like literature, sports, education, art, strategic thinking, business, science and journalism.

More importantly, Britain will have an opportunity to seek closer strategic, military, intelligence, diplomatic and economic ties to the Anglosphere – the United States, Canada, Australia and New Zealand – in order to establish some sort of counterweight. All of them share Britain’s maritime orientation and there are of course important cultural common denominators.

Furthermore, the British know what buttons need to be pushed to feed intra-State and inter-State European animosities. Actually, there are plenty of options available. After all, England has engaged France, Germany, Turkey and Russia as both allies and enemies (this is very reason why Britain is often portrayed as a perfidious power according to the viewpoints of several continental European countries). Another more heterodox approach involves tactical alliances with peripheral powers interested in curtailing Brussels’ combined might.

Despite their seemingly contradictory nature, British membership in the EU and Brexit can be interpreted as two sides of the same coin. In the grand scheme of things – in terms of high strategy – they both belong to a coherent continuum. Centuries ago, Lord Palmerson argued that “nations have no permanent friends or allies, they only have permanent interests.” Such axiom is still valid to explain Britain’s position vis-à-vis continental Europe before, during and after Brexit. In other words, there is nothing new under the sun. 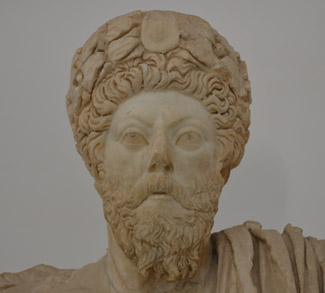 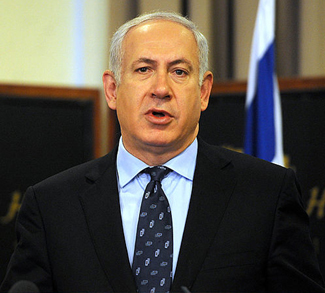