Brazil Election Second Round Bill: ‘Trump of the Tropics’ vs ‘Heir Haddad’

The results from the first round of Brazil’s presidential elections are in, and they’re not terribly surprising: the far-right Jair Bolsonaro and Lula’s heir-apparent Fernando Haddad made it through to the second round, which will take place on October 28.

What was surprising however was the margin of victory. Bolsonaro received 46% of the votes, narrowly missing the 50% threshold to avoid a run-off. Haddad trailed far behind with just 29% of the vote.

The gulf is wide enough to call into question the conventional logic of left-leaning voters banding together in the second round to defeat the upstart Bolsonaro.

Here are some takeaways from the election, and some trends to monitor as the second round approaches:

Analysis: What Ails the Brazilian Economy? 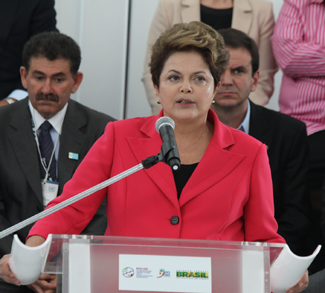