Bangkok: The Long Road to Oblivion 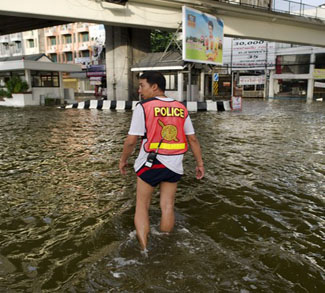 The terrible floods that followed tropical storm Nock-ten, though grave in their own right, foreshadow the far more catastrophic disaster of a city of 12 million people sinking into the Gulf of Thailand.

Thailand’s worst flood crisis in 50 years has a message for anyone who cares to read between the lines: the weather in Asia is going to get a lot less predictable. Just as the authoritative Intergovernmental Panel on Climate Change predicted in 2007, people in Southeast Asia are getting used to so-called ‘once-in-a-lifetime’ flood events.

In this current disaster we see our own powerlessness when it comes to mitigating floods after they begin. The lesson available for anyone who cares to learn it is that preparedness is crucial in flood mitigation. The UNISDR’s Global Assessment Report on Disaster Risk Reduction echoes this sentiment. According to a recent report, it doesn’t take a huge amount of resources to lessen the impact of ‘low-severity’ disasters such as floods. Rather, the critical ingredient- and one that is sorely lacking in policymaking all over the world- is foresight.

Now on to the next disaster. Bangkok is sinking at a rate of 1 to 5 cm annually, quite a substantial amount given the fact that it’s a city largely built on swampland one and a half meters above sea level. The city’s return to the swamp is being aided by all of the factors that we’ve come to expect: rapid urbanization, destruction of natural erosion defenses, and widespread pillaging of the water table.

Bangkok’s descent hasn’t gone unnoticed by experts. Some believe that parts of the city will be permanently underwater by 2030. The head of Thailand’s National Disaster Warning Center puts it in more colourful terms. According to him, Bangkok will have become the new Atlantis by 2100.

Given the high stakes and the premium put on pre-emptive mitigation in flood defenses, it seems like a given that the Thai government would be tackling this issue head-on. Yet so far it has hardly even registered on the political radar.

A costly proposal to build a series of sea walls in the Gulf of Thailand is one option being floated. However, discovering whether or not such a system would actually work could remain an eternal mystery since the Thai government has hitherto expressed no interest in conducting a feasibility study into it. Nor do they seem to have the political will to seize control of the unbridled sprawl in such a way as to halt Bangkok’s descent into the swamp.

Over the short-term, there will be an intense amount of pressure on political novice Yingluck Shinawatra to allocate Thailand’s already-stretched financial resources towards the immediate project of rebuilding after this year’s flooding. It is unlikely that the effort and financial resources required to halt the sinking process will be forthcoming any time soon, if the process can even be halted at all.

The repercussions of Bangkok sinking could be dire. Beyond the immediate and obvious tragedy of millions of people losing their homes, it would severely disrupt the Thai economy. Bangkok accounts for 41 percent of Thailand’s gross domestic product. Not only that, but Thailand itself has become an important part of global manufacturing chains, as evidenced by the severe disruption that recent floods have created for Japanese companies like Toyota. In short, balance sheets around the world the world are tied to Bangkok’s fate.

Thailand is also facing the wider problem of flooding caused by shifts in global weather patterns. Emergency planners can expect a pattern of frequent and serious flooding that unfolds simultaneously with the Bangkok crisis, leading to massive and widespread population disruptions and strained government resources. All of this will lead to drastic disruptions in global food prices, particularly rice, as Thailand isn’t called ‘the rice bowl of Asia’ for nothing.

With so much at stake, it’s hard to believe that more isn’t being done. Yet the ugly truth remains: Bangkok is sinking. The government of Thailand can either start building its proverbial ark, or sink into the swamp along with it. 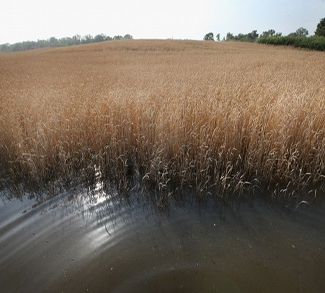 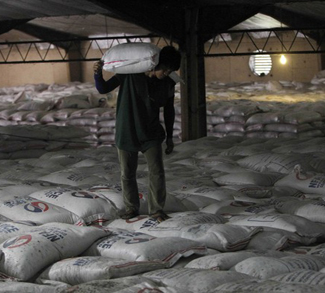