Australia’s Response to a Rising China 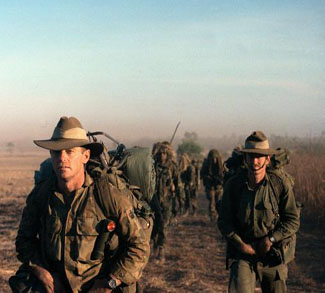 Over the past two hundred years, Australia has grappled with the concern that its geographical location places it too far from its allies in terms of their potential support. Thus, as a large continent, Australia has tended to ally itself with the dominant naval power in the Asia Pacific region – first Britain and now the United States. However, the rise of China is challenging this historical basis of Australia’s defence policy.

On the one hand, Australia could move closer to the United States, strengthen its capabilities, and make the Australia Defence Force (ADF) more interoperable with US forces. The Howard government was successful in ‘breathing new life into the old alliance’ by supporting US-led operations in Iraq and Afghanistan, and the current government is continuing this trend. In November 2010, the United States and Australia conducted bilateral talks. They agreed to host US troops in Australia and grant US military access to Australian bases.  This has enormous significance because the last time US forces were stationed in Australia was during the Second World War. This represents a fundamental overhaul of Australia’s strategic position, as it gives the country greater strategic weight in the region, and restructures the ADF towards accommodating its new guests.

On the other hand, Alan Dupont, a renowned scholar in the field of Australian strategic studies emphasises that China is a status-quo power, and as such poses no threat to Australia’s security. Instead, the ADF should be more focused on stabilisation operations in its immediate region, such as in East Timor and the Solomon Islands. The likelihood of state conflict has reduced significantly, and other threats, namely international terrorism, or non-traditional security threats, present a much more significant challenge for Australia.  ADF stabilisation operations in East Timor, Solomon Islands, Fiji, Papua New Guinea and Afghanistan highlight the fact that intrastate conflict is more significant to Australia’s defence policy. The prevailing logic follows that if intrastate conflict leads to a power vacuum, it could be filled by an adversary that would significantly undermine Australia’s strategic position due to its close proximity to the Australian mainland.

Nevertheless, the rise of China does pose a challenge to US primacy in the region. In 2010, China’s actions in the South China Sea (SCS) were anything but benevolent, such as harassing fishing vessels and cutting off wires from surveillance ships. If the United States chooses to confront China in the future, this will inevitably lead to greater regional instability. In this situation, the US military would count on support from the ADF. But the question remains: What type of strategic risk does the ADF want to take on? If the ADF is required to operate in the SCS, then it will need new capabilities. The latest Australian White Paper, entitled Force 2030, emphasized the need for an expansionist maritime capability, such as more submarines and Air Warfare Destroyers, but these capabilities would only be effective in Australia’s immediate region, and they would only provide a ‘token force’ for US-led operations.  Either way, the ADF will be required to fill a number of different roles as it pushes towards an expansive strategic policy for the first time since World War II. This will include conducting much larger operations.

If the United States decides to step aside and accept Chinese supremacy while encouraging other countries to play a more independent role against China – countries like Japan and India – it would fundamentally alter Australia’s strategic position and its defence policy. Australia would be living in a region that is highly contested and unstable, and it would no longer be able to rely on a powerful ally for support.

Yet if current trends persist, the United States will not want to give up Asian primacy just yet. It has moved closer to Japan and South Korea, strengthening bilateral security and diplomatic ties. Its relationships with India and Vietnam are warming as well. If anything, the US position in Asia is getting stronger.

Despite being a half a world away, these developments impact directly on the ADF. If tensions increase, the ADF might be asked to provide support. This would require expeditionary capabilities that Australia does not currently have. As mentioned previously, the acquisition of two Landing Helicopter Decks, Bay Class Amphibious Ships and Air Warfare Destroyers are not enough. Therefore, Australia’s defence policy will need to be extended to support allies in high-level contingencies.

Conducting high-level operations in comparison to stabilisation operations is a sizable demand because it requires more money and resources. This approach is orientated towards operating in tandem with US forces in high-level contingencies. But if the US stands back and accepts China’s bid for supremacy in the region, then Australia will need to be more self-sufficient and have an autonomous defence force posture. This will be difficult to achieve because of fiscal issues and public morale. Nevertheless, Australia has found itself in a position where it might not be able to rely on a great and powerful ally for support.

If current trends persist, Australia’s strategic policy will continue to expand the ADF’s operational capacity in the future. This is occurring within the context of China’s rise relative to America’s decline. One sure thing is that the Australian government prefers to maintain the status-quo with its present alliance. But that’s not to say it won’t respond to future developments in the Asian region by shifting the country’s strategic defence policy and the ADF’s corresponding orientation.

Canada Terror Attack: The Shots that Echoed Through a Nation 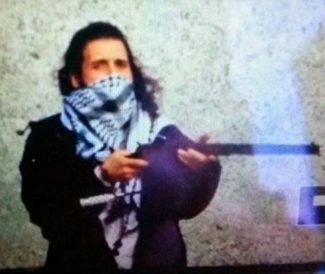 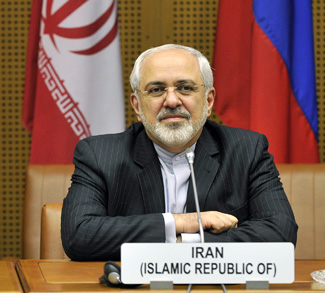