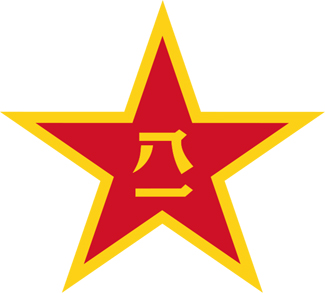 As the recent maritime contests in both the South and the East China Sea have shown, Beijing underestimated the emotional charge that territorial disputes carry, as well as the convenience given to neighbors who can escalate these frictions in order to divert public attention from their own pressing domestic socio-economic and political issues. It is a costly and dangerous game to reinvigorate nationalistic rhetoric, and it could easily hijack the next Asian decade as a whole.

Speculation over the alleged bipolar world of tomorrow (the so-called G-2, China vs. the US), should not be an Asian dilemma. In the present context, this is merely a lot of distortive noise, and the central security problem of Asia remains the same: the absence of any pan-continental multilateral forum on the world’s largest continent.

On the eastern, ascendant flank of the Eurasian continent, the Chinese vertigo economy is overheated and overly integrated into the petrodollar system. Beijing, presently, cannot contemplate or afford to allocate any resources in a search of an alternative. (The Sino economy is a low-wage- and labor intensive- centered. Chinese revenues are heavily dependent on exports and Chinese reserves are predominantly a mix of the USD and US Treasury bonds.) To sustain itself as a single socio-political and formidably performing economic entity, the People’s Republic requires more energy and less external dependency. Domestically, the demographic-migratory pressures are huge, regional demands are high, and expectations are brewing.  Considering its best external energy dependency equalizer (and inner cohesion solidifier), China seems to be turning to its military upgrade rather than towards the resolute alternative energy/Green Tech investments – as it has no time, plan or resources to do both at once. Inattentive of the broader picture, Beijing (probably falsely) believes that a lasting containment, especially in the South China Sea, is unsustainable, and that –at the same time– fossil-fuels are available (e.g., in Africa and the Gulf), and even cheaper with the help of battleships.

In effect, the forthcoming Chinese military buildup will only strengthen existing, and open up new, bilateral security deals involving neighboring countries, primarily with the US – as nowadays in Asia, no one wants to be a passive downloader. Ultimately, it may create a politico-military isolation (and financial burden) for China that would consequently justify and (politically and financially) cheapen the bolder reinforced American military presence in the Asia-Pacific, especially in the South and the East China Seas. It perfectly adds up to the intensified demonization of China in parts of influential Western media.

Hence, the Chinese grab for fossil fuels or its military competition for naval control is not a challenge but rather a boost for the United States in the Asia-Pacific. Calibrating the contraction of its overseas projection and commitments – some would call it managing the decline of an empire – the US does not fail to note that nowadays half of the world’s merchant tonnage passes though the South China Sea. Therefore, the US will exploit any regional territorial dispute or other frictions to its own security benefit, including the costs sharing of its military presence with the local partners, as to maintain pivotal on the maritime edge of Asia that arches from the Persian Gulf to the Indian Ocean, Malacca, the South and East China Sea up to the northwest–central Pacific.

A real challenge is always to optimize the (moral, political and financial) costs in meeting the national strategic objectives. In this case, it would be a resolute turn of China towards green technology, coupled with the firm buildup of the Asian multilateralism. Without a grand rapprochement to the champions of multilateralism in Asia, which are Indonesia, India and Japan, there is no environment for China to seriously evolve and emerge as a formidable, lasting and trusted global leader. Consequently, what China needs in Asia is not a naval race of 1908, but the Helsinki process of 1975. In return, what Asia needs (from China and Japan) is an ASEAN-ization, not a Pakistanization of its continent.

Opting for either strategic choice will reverberate in the dynamic Asia–Pacific theatre. However, the messages are diametrical: An assertive military alienates, while new technology  attracts. At this point, any eventual accelerated armament in the Asia-Pacific theatre would only strengthen the hydrocarbon status quo, and would implicitly further help a well-orchestrated global silencing of consumers’ sensitivity over the record-high oil price.

With its present configuration, it is hard to imagine that anybody can outplay the US in the petro-security, petro-financial and petro-military global playground in the decades to come. Given the planetary petro-financial-media-tech-military causal constellations, this type of confrontation is so well mastered by and would further only benefit the US and the closest of its allies. China’s defense complex is over-ideologized, under-capitalized, technologically outdated and innovation-inert, while the US’ is largely privatized, highly efficient, deployable and innovative. Thus, even in security domain, the main China’s problem is not a naval or overall military parity, but the disproportionate technological gap. After all, China’s army was not meant (by Mao) and maintained (by Deng and his successors) to serve the external projection purpose. It was and still remains an ideological enterprise of cohesion, an essential centrifugal force to preserve territorial integrity of this land-colossus.

Within the OECD/IEA grouping, or closely: the G-8 (the states with resources, infrastructure, tradition of and know-how to advance the fundamental technological breakthroughs), it is only Japan that may seriously consider a Green/Renewable-tech U-turn. Tokyo’s external energy dependencies are stark and long-lasting. Past the recent nuclear trauma, Japan will need a few years to (psychologically and economically) absorb the shock – but it will learn a lesson. For such an impresive economy and considerable demography, situated on a small land-mass which is repeatedly brutalized by devastating natural catastrophes (and dependent on yet another disruptive external influence – Arab oil), it might be that a decisive shift towards green energy is the only way to survive, revive, and eventually to emancipate.

An important part of the US–Japan security treaty is the US energy supply lines security guaranty, given to (the post-WWII demilitarized) Tokyo. After the recent earthquake-tsunami-radiation armageddon, as well as witnessing the current Chinese military/naval noise, (the cabinet of the recently reconfirmed PM Noda and any other subsequent government of) Japan will inevitably rethink and revisit its energy policy, as well as the composition of its primary energy mix.

Tokyo is well aware that the Asian geostrategic myopias are strong and lasting, as many Asian states are either locked up in their narrow regionalisms or/and entrenched in their economic egoisms. Finally, Japan is the only Asian country that has clearly learned from its own modern history, all about the limits of hard power projection and the strong repulsive forces that come in aftermath from the neighbors. Their own pre-modern and modern history does not offer a similar experience to other two Asian heavyweights, China and India.  That indicates the Far East as a probable zone of the Green-tech excellence (as much as ASEAN might be the gravity center of the consolidated diplomatic and socio-political action) and a place of attraction for many Asians in the decade to come.