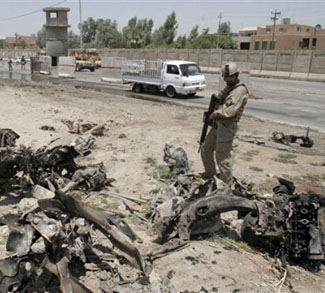 The last US combat brigade has crossed over from Iraq into Kuwait, but many questions still remain over the role of troops left behind and the stability of the Iraqi government going forward.

As the official date for an ‘end to combat operations’ draws near, several critical questions concerning the future of Iraq remain unanswered. They are:

The official line is that they will shift their focus to a consultation role, but they will remain armed and could be deployed in a combat role to ‘protect US interests’ or at the request of the Iraqi government. In reality, their primary utility is to serve as a deterrent against sectarian tensions in the political process spilling into open conflict. Questions of semantics aside, their role is potentially just as combat-intensive as it was before August 2010.

Can the Iraqi government and the Iraqi armed forces take over the reins?

Maybe. Some analysts believe that Iraq is ready, some do not. David Kilcullen, a former advisor on US counter-insurgency in Iraq, believes that the Iraqi government and security forces are ready to take over. According to him, the critical element is that Sunni people have engaged in the political process. He also argues that:

“In any long drawn-out counter-insurgency, there is the risk of a military coup, because you tend to end up with a very well-resourced, well-trained, competent group of military commanders who have had a lot of foreign attention and assistance, and a group of politicians who may not necessarily come up to the same standard, and people tend to look towards the military for leadership.”

On the other hand, Iraqi Lieutenant General Babaker Zerbari openly contradicted this kind of optimism by recently asserting that the Iraqi military will be unable to secure the country on its own until 2020.

How will Iraq fit into the United States’ regional strategy?

A stable Iraq could pay strategic dividends for US forces in the Middle East. It seems that the ideal scenario would have Iraq acting as a central pivot to counter Iranian influence in the region. Rumors that the US government wants to outfit the Iraqi military with advanced weaponry such as F16s seems to confirm such a strategy. There have also been rumors that the Pentagon is considering maintaining a deployment of 10,000 to 15,000 troops in Iraq over the long term.

Broadly speaking, two major issues stand out. The first is Iraq’s relationship with Iran; especially if the US decides to outfit the Iraqi army with advanced weaponry. In the words of the Nation’s Robert Dreyfuss:

“Not only does Iran see Iraq as a place for countering American influence in the region, but from a strategic perspective Iran will never allow the coming to power of a government in Iraq that could become a powerful adversary to it – especially one whose armed forces are armed and trained by the United States.”

The second issue is a referendum on the future status of Kirkuk- an oil-rich city that could potentially incite Arab-Kurd conflict in the region. 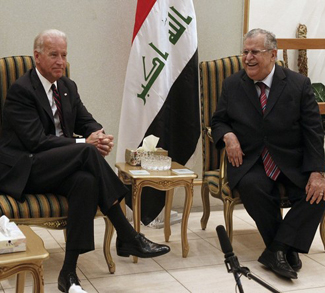