The foundation of American supremacy

In the early 1970s US oil production ‘peaked’ and started to decline. OPEC took advantage by boosting oil prices and the US, which had been expanding the money supply to fund the military, abandoned Bretton Woods and the USD peg to gold.

Since then, American oil production has continued to decline and a significant amount of the country’s manufacturing capacity has been exported to China and elsewhere. What hasn’t stopped is the rapid expansion of the money supply, absorbed by foreign reserves and maintained by US military dominance ensuring that oil is traded solely in USD.

Erosion of the petro-dollar and the ‘uni-polar world’

The US no longer has the oil and production capacity that led to its global dominance. Its economic system and military supremacy are now in danger. The US is overextended in Iraq and Afghanistan. It has lost control of South America. Russia and China are emboldened and the Euro has become an alternative reserve currency. The petro-dollar is faltering, the USD as a percentage of world foreign reserves continues to decline and murmurs of Iran setting up an oil bourse won’t go away. Insultingly, in March 2006, the US Federal Reserve stopped reporting M3 money.

This brings us to the current economic predicament. US economic fundamentals have been eroded, the money supply is being increased at a maddening pace and sub-prime mortgage defaults threaten US recession with global implications. The drop in housing starts and the steady decline of the USD are signs of things to come. Economic decline can only be staved off with interest rate cuts for so long and foreign reserve holding nations tire quickly of paying for American excesses through currency depreciation. Put simply, the status quo is in trouble.

In a sense, however, things are not as bad as they seem. While US economic and (consequently) military might will decline, global integration ensures that change will be gradual. The reason for this is that those most able to crash the American economy have much to lose by doing so. China holds over $1 Trillion USD in reserves and depends on the United States market for its exports. Similarly, Gulf countries have invested their oil wealth back into the United States. Economic realities can only be ignored for so long but with everyone rooting for a soft-landing a crash is unlikely.

Critical flaws in the accuracy and security of electronic voting machines have led California, Ohio and Florida to consider switching back to paper ballots. Testers were able to disable the systems and change vote totals.

The Federal Reserve announced that it will add another $60 Billion USD to the market through emergency loans to bolster the faltering economy.

The euro has gained ground against the dollar in international official foreign exchange reserves in recent months. The Euro has risen to 26.4% while USD reserves fell to 63.8%.

Minister of Economy and Finance Davud Danesh-Ja’fari said that Iran will open an oil exchange. It is unlikely to happen as doing so would be a direct attack against the supremacy of the USD and would incite retaliation.

India has halted all arms sales and transfers to Myanmar, a development that could increase international pressure on the military junta that crushed the pro-democracy ‘Saffron Revolution’ led by monks this fall.

In the wake of the assassination of opposition leader Benazir Bhutto the United States agreed to sell Pakistan up to 36 new F-16 fighter jets together with refurbished F-16s. Pakistan has received about $10 billion in US funding since 2001 because Washington views Pakistan as a key ally in the ‘war on terror’.

According to a top aid Benazir Bhutto was poised to reveal proof that Pakistan’s election commission and the ISI were seeking to rig the upcoming general election the night she was assassinated.

After two years of fighting Sri Lanka officially withdrew from an internationally brokered cease-fire with the Tamil Tigers, an independence group in the North.

North Korea failed to meet a year-end deadline to deliver a declaration detailing its atomic activity set out under a six-nation agreement between the United States, Russia, Japan, China, and North and South Korea.

Kenyan President Mwai Kibaki won a second term amid allegations that the vote was stolen, sparking deadly riots in the streets. 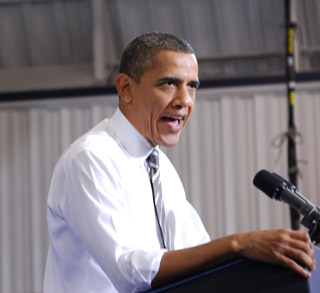 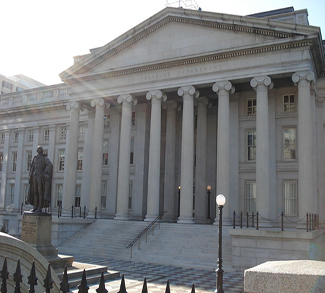