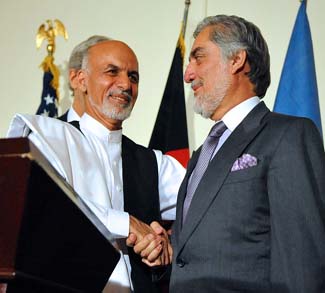 The 70th United Nations General Assembly (UNGA) will take place in New York City this week and there will be 160 global leaders in attendance. After being absent for almost 10 years from the UNGA, Russian President Vladimir Putin will be delivering a speech along with Cuban President Raul Castro. This year, global leaders will be focusing on sustainable development and international security; mostly dealing with the Syrian-Iraqi conflict with Islamic State, the Ukrainian conflict, and the Afghan conflict. Leaders will be aiming to find a solution to the outbreak of refugee crisis.

This all shines light on the fact that, after 14 years of effort by US and NATO to restore peace and order in Afghanistan, the country is still very much at risk of becoming a safe haven for terrorist groups. The Taliban and other insurgent groups are capable of actively operating across Afghanistan. Moreover, the central government in Kabul remains divided after last year’s election and Afghanistan remains an unstable nation, making Afghan refugees the second-largest group on the move behind the Syrians.

With the end of NATO’s mission in 2014, and due to changes in the Afghan leadership and foreign aid inflows, Afghanistan has experienced three major transitions. The country is experiencing political, military, and socio-economic transitions simultaneously, causing delays, obstacles, and challenges for the newly established democratic institutions in Kabul. It has been a major challenge for Afghan leaders to deal with negative outcomes stemming from these transitions, and make needed adjustments within the Afghan political system.

It is important to keep in mind that these three major transitions are happening at the same time. Consequently, it will take several years to make the appropriate adjustments to Afghan democratic institutions. For instance, Tunisia was a stable state during the Zine El Abidine Ben Ali regime from 1989 to 2011; however, after undergoing a political transition during the Arab Spring of 2011, the country is still in chaos, with high unemployment among the youth population and the emergence of Islamic fundamentalist Wahhabi movements across Tunisia. Compared to the Tunisia of 2011, which only underwent a political transition, one can argue that the national unity government is maintaining government functions smoothly as it tries to restore consistency and stability to Afghanistan.

Divisions among the leaders of the national unity government (NUG) has become a major obstacle to adjusting to national circumstances. In addition, the newly created ‘hybrid presidential system,’ with Dr. Ghani as president and Dr. Abdullah as chief executive officer, is another challenge. The power-sharing deal between Ghani and Abdullah has caused a lot of disagreement and delays on governmental projects. Similar examples can be found in the national unity governments of Cambodia in 1993, and Kenya and Zimbabwe in 2008, and in every case the outcome wasn’t positive. Taking into consideration Afghanistan’s ethnic divisions, this newly hybrid-presidential system may contribute to ethnic conflicts and even lead to another civil war. It is important to understand that the majority of Afghan leaders were former warlords and today these very individuals are also part of the national unity government.

Furthermore, it is wrong to believe that the NUG is in political crisis; perhaps it is better to use the term “political gridlock” to describe the current situation. Former Intelligence Chief Amrullah Saleh claims that the NUG is having a crisis of leadership and management because both leaders are not capable of delivering on policies. Both President Ghani and CEO Abdullah have open lines        of communication, but they lack the ability to perform strategic planning and coordination in their day-to-day decisions. Under the present leadership, the government is becoming weaker. The result is tragically predictable: Taliban fighters are gaining more territories in the northeastern part of the country and lately they were able to re-capture most of Helmand province. The NUG administration also promised to fight widespread corruption and implement electronic identity cards for all Afghan voters to prevent future election fraud.  It had also vowed to reform the electoral system itself. These projects now seem to be on hold indefinitely.

From a security perspective, NATO’s quick withdrawal had a significant impact on Afghanistan’s security services. The security situation has remained stable in major cities, but it is deteriorating in the villages. Earlier this month, it was reported by TOLO News that ISIS (Daesh) have consolidated their power in Nangarhar province, where Daesh are presently operating prisons and have taken 150 people hostage. According to reports they managed to kill 600 people in the past month. Also, the Directorate for Inter-Services Intelligence of Pakistan (ISI) is flexing its muscle further into Afghanistan, because insecurity has significantly increased in the northern part of Afghanistan. In a leaked report in 2006, the British Defense Ministry claimed that ISI is significantly involved in supporting insurgents against the government in Kabul and that the Pakistani spy agency might have even been involved in the 2005 London bombings. This security deterioration in the rural areas of Afghanistan is getting worse, and if this matter is not taken seriously, insecurity will begin to impact the entire country. After being elected as the first vice-president of Ashraf Ghani in October of 2014, General Dostum once America’s greatest ally against Al-Qaeda and the Taliban, has joined the Afghan National Army on the frontlines to fight against insurgents in Faryab province. This move by the four star Afghan general has also boosted the moral of Afghan security forces. It is the first time in Afghan history that an Afghan political leader is willing to leave the presidential palace to fight against the enemy alongside with the National Army on the frontlines.

During the months of July and August 2015, General Dostum, along with his two sons, launched a massive military operation to clear Faryab province from insurgents. Under General Dostum’s clearance operation, the Afghan National Army was capable of clearing several districts in Faryab, such as; Baland Ghor, Khetai, Katawolang, Tagab Erak, Qowchin, Khwaja Kenti and Sari Cheshma. The Khaama Press reported on August 20th 2015 that several senior Taliban leaders were killed and also a Pakistani General of Inter-Intelligence Services (ISI) was shot in his left eye and died during the operation. General Dostum claims that this is accurate proof that Pakistan directly supports the Taliban and Daesh in Afghanistan. According to some sources, there are 3,000 Taliban fighters stationed in Faryab province and also the Islamic Movement of Uzbekistan has provided 500 militiamen to fight alongside the Taliban.  The province of Faryab is strategically important for the insurgents, because Faryab is the gateway to the other northern provinces. If the insurgents consolidate their power in Faryab province, they will be able to penetrate districts in Balk province and destabilize Mazar-e-Sharif and also promote instability in Turkmenistan and Uzbekistan in the near future. Commander Mohammed Zakaria from the 209th Shaheen Corps responsible for the security of the Northern Province claims that Kunduz province remains the traditional operation base for the insurgents and a major military campaign is also being planned to clear insurgents from Kunduz province in September 2015.

Foreign spies are active inside the Afghan Presidential Palace in Kabul. Possibly rumors; however, these double agents were also able to participate in important meetings. The presence of these foreign agents in the heart of Kabul has a significant impact on this newly hybrid-presidential system. During a session of the Council of Ministers in Kabul last month, CEO, Abdullah claimed that the presence of double agents or enemy spies within the Afghan government ranks are more dangerous than the insurgents, because they provide valid intelligence for the Taliban and other insurgents. He also claimed that the presence of these spies from the neighboring countries are part of the NUG’s inheritance, and this has caused political gridlock. Moreover, former Jihadi leader Abdul Rab Rassoul Sayyaf claimed this month that most terrorist attacks against major Afghan cities were plotted from the Presidential Palace in Kabul due to the presence of “double agents inside the Afghan political system.” Often, these double agents in Kabul are referred to the fifth pillar in the government, because they play an important role in the decision-making of the NUG. On September 21st 2015, the Afghan Parliament’s Internal Security Commission requested that the Afghan spy agencies (NDS) identify these so-called double agents in Kabul.

In June 2015, President Ghani signed the controversial intelligence Memorandum of Understanding (MoU) with Pakistan; the aim of this agreement was to enhance cooperation between Afghanistan’s National Directorate of Security (NDS) and Pakistan’s Intelligence Service (ISI) in their fight against terrorism and separatists. However, this Memorandum of Understanding has been strongly criticized by former president Hamid Karzai, CEO Abdullah Abdullah, and by all levels of the Afghan government. In a sense, the signing of this memorandum is like selling the sovereignty of Afghanistan to Pakistan and allowing the sworn enemy of Afghanistan to penetrate deeper inside the Afghan security services and be able to manipulate key Afghan government agencies in Pakistan’s favor. It is also important to keep in mind that the final document of the MoU was signed by President Ghani and ISI without informing or consulting the CEO Abdullah. Thus, former president, Hamid Karzai informed Dr. Abdullah about the ratification of MoU agreement. During the formation of the National Unity Government in 2014, it was decided the CEO should be able to participate in bilateral decision-making meetings with the president. However, the signature of MoU document by President Ghani without the CEO’s consent confirmed that the president did not respect the terms. In addition, this showed that the NUG remains divided and they do not speak with a single voice. The chief executive officer position is written in the Afghan constitution and will consequently end in two years. President Ghani will have to hold a loya jirga meeting in two years, in order to amend the Afghan constitution and create the position of the prime minister for Dr. Abdullah.

Another example illustrating weakness and division among key NUG leaders is the decision taken by the first vice-president, General Dostum to launch a military operation to clear Faryab province from insurgents. This decision was taken unilaterally by General Dostum with the support of the acting provincial governor of Northern Balkh province, Ata Mohammad Noor. This new military alliance in Northern provinces between General Dostum and Governor Noor is very controversial, because this alliance is reminiscent of the Afghan civil war of the 1990s. On September 13th 2015, Khaama press reported that General Dostum is willing to lead another operation against ISIS in Nangarhar province. General Dostum’s military operation to clear insurgents from Faryab province was very effective and the citizens of Nangarhar province agreed to fight with General Dostum side-by-side like brothers against ISIS.

October 2015 marks the first anniversary of the national unity government and both leaders should make an effort to make the hybrid-presidential system work in order to solve the current political gridlock. If they are unable to come to a solution to end this political impasse, the Taliban and other insurgents groups will have ever greater influence and they will expand their areas of control. As a result, former warlords will form their own militias again to drive the Taliban back. Under these conditions, it wouldn’t be long before Afghanistan was in the grips of yet another civil war.

Afghanistan: Battle for the Silk Road