Will the Siege of Marawi Be Repeated in the Philippines? 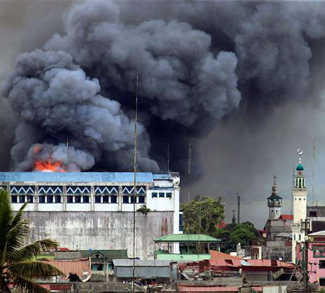 Nearly four months after being overrun by ISIS-aligned militants, the southern city of Marawi is on the verge of being liberated by government troops. Located on the southern island of Mindanao, Marawi is the largest majority-Islamic city in the Philippines.

On 23 May, militants from the radical Maute and Abu Sayyaf terrorist groups launched a surprise assault on the city. The attack followed a botched operation by the Philippine armed forces to capture wanted rebel leader Isnilon Hapilon, who was thought to be hiding in the area. When the violence first erupted, the military was hoping to put down the insurgency in a matter of days. However, the operation soon transformed into a protracted and deadly urban warfare scenario, one which left hundreds of people dead and destroyed large portions of the city.

The last remaining militants – thought to number less than 60 – are now facing imminent defeat having been confined to an area of less than one square kilometer in the center of the city. Yet Mindanao’s history of instability, conflict, and armed uprisings suggests the threat from Islamist militants will not end with this group’s surrender.

The siege of Marawi came as a shock to Manila, both in its sudden outbreak and the ensuing difficulties in retaking the city. Are there more shocks to come?

The siege of Marawi may have taken many by surprise earlier this year, but Mindanao has a long history of instability and is home to a number of well-armed rebel groups. The island is the most impoverished and underdeveloped region of the Philippines and is home to the country’s Muslim-minority Moro population, many of whom possess grievances against the central government in Manila. These grievances date back as far as the Spanish and US colonial periods, and have persisted through the dictatorship of Ferdinand Marcos and numerous post-independence administrations to the present day. The long-standing complaints of the Moro minority revolve around a perceived lack of access to the region’s natural resources, and a dearth of political rights and economic opportunities.