What’s Behind the Recent Arrests of Cambodian Activists?

A string of recent arrests of activists by Cambodian authorities has human rights groups and the United Nations calling for restraint and the right to free expression. The conviction of a former official in the now-banned Cambodia National Rescue Party (CNRP) was the latest in a long series of convictions or detentions. Pen Mom was found guilty of conspiring with Sam Rainsy, the exiled opposition party leader, to overthrow the government of Hun Sen, who has been in power for more than 35 years. Several others have been arrested or detained, including members of an environmental group, a Buddhist monk, and a Cambodian rapper.

Khmer nationalism is intensified by a longstanding border dispute with Vietnam, while fear of a civil society uprising is the primary concern for the Hun Sen regime. The arrests, detentions, and convictions began in late July when Rong Chhun, the President of the Cambodian Confederation of Unions, accused the government of ceding land to Vietnam by installing a border marker in Tbong Khmum, which he claimed led to a loss of land and livelihoods for farmers along the border. Cambodian authorities accused Chhun of spreading misinformation and “incitement to commit a felony or cause social unrest.”

In August, Cambodia distributed a new map of the border with Vietnam and submitted it to the United Nations for recognition, in spite of activist warnings and protests suggesting Cambodia was ceding 3,000 hectares of territory to Hanoi. At the time of release, Cambodian Defense Minister Tea Banh said that activists who criticize the regime’s handling of the border issue were extremists and “will not be forgiven” for making public statements.

Cambodia’s 1,200-kilometer border with Vietnam is a historic and hypersensitive issue, as the Cambodian population casts blame on Hanoi for decades of strife—including war in 1978 that did not see Vietnamese troops exit Cambodia until 1989—as well as today’s perceived encroachment. Twenty percent of the expansive border between the two countries is vaguely defined. In 2006, Vietnam and Cambodia began demarcation proceedings, but the reaction to it has led to intense animosity and even violence. Rainsy, then the leader of the Sam Rainsy Party, led a rally in 2009 to dig up border markers that he claimed were placed in a Cambodian rice field in Svay Rieng province. Rainsy was soon charged with racial incitement, and while in exile, convicted in absentia. Other incidents followed. In June 2015, approximately 250 activists, including those from the CNRP, entered the Vietnamese province of Long Am to inspect the border. In clashes with locals trying to stop the inspection, seven Vietnamese were wounded. While the demarcation issue affects the livelihoods of local farmers and border residents, Hun Sen has also made the most of opportunities to use harsher rhetoric against Vietnam. When nationalistic rhetoric and anti-Vietnamese sentiment increased support for the CNRP, the regime quickly cracked down on its opposition ahead of the 2018 general elections. Without a significant opposition party to threaten him, Hun Sen has noticeably softened his tone toward Hanoi.

Land rights remain sensitive to Cambodians, dating back to the mid-1970s, when the Khmer Rouge banned the ownership of private property. As many as 70 percent of Cambodians lost their livelihoods and access to land, particularly farmers when the Khmer Rouge destroyed the deeds to their property. In contemporary Cambodia, people have become victims of land-grabbing, as the demand for land increases with livelihood insecurities. Loggers have recently plundered a Cambodian wildlife sanctuary, and a Vietnamese company has been accused of clearing indigenous land.

Further complicating matters is a surge in bilateral trade, which increased to $3.8 billion in 2017 and $4.7 billion in 2018. Vietnam has become Cambodia’s third-largest trading partner, behind only China and Thailand. There have also been areas of mutual cooperation and investment, such as the Vietnamese construction of an administrative building inside the Cambodian National Assembly and the funding of scholarships to Cambodian nationals. Hanoi also invested in high-quality hospitals and schools in Phnom Penh. In 2018, Cambodia and Vietnam signed an agreement to boost bilateral trade to $5 billion.

Khmer national identity was a motivating factor in the arrest of rapper Kea Sokun, charged with incitement under Articles 494 and 495 of the Cambodian Criminal Code. His release of a song entitled, “Dey Khmer” (Khmer Land) received more than 1.3 million views on YouTube before being removed under suspicious circumstances. The Hun Sen regime has also targeted other human rights activists such as Luon Sovath, who fled to Switzerland after videos appeared on Facebook claiming he had slept with three sisters and their mother, an accusation that was proven to be spread by Cambodian government employees.

The Hun Sen regime has also used its controversial NGO law to target environmental groups. The Law on Associations and Non-Governmental Organisations (LANGO), has been recently used to crackdown Mother Nature Cambodia, an environmental group. Mother Nature has accused the government of hijacking the group’s Facebook page and its founder, Alejandro Gonzalez-Davidson, was notified that his administrative access to the page was removed one day after three of their activists were arrested while creating a campaign video calling for the conservation of Boeung Tamok Lake, near the capital of Phnom Penh. A spokesperson for the government said that the bulk of the criticism, either from Mother Nature, Khmer Thavarak, a former member of the CNRP or other activists, was the product of an overseas network backed by foreign nationals designed “to create social unrest and move to topple the elected government.”

There are a number of takeaways from these recent events. First, the absence of a major opposition party in Cambodia has permitted the government to act in an aggressive fashion, with virtually no pressure from ASEAN states or the international community.  It used COVID-19 earlier this year as an excuse to lock up a 14-year old girl for voicing her concerns about the government’s response. It has learned in the past that political interference has paid huge dividends for the ruling Cambodian People’s Party (CPP). Prior to the interference, the CNRP had made significant gains, both in the commune elections and as a legitimate national opposition party. The CPP now controls all 125 seats in the national Parliament. Second, both sides of the discussion have in the past used nationalistic undertones to amplify messages. Rainsy and CNRP members have used demarcation issues to vilify Hun Sen as a puppet of Hanoi and have used pejoratives like “youn” to describe Vietnamese people. Nationalists turned on human rights activist Ou Virak after a 2013 speech where he urged the CNRP to stop its harassment of the Vietnamese.

Reaction to Cambodia’s persecution of activists must be condemned, but it is also important to recognize its source—that Cambodians are historically anxious over Vietnam’s influence over in Cambodian affairs. Civil society groups have little trust in Hun Sen, who has limited their mobility and monitored their activities. In the meantime, Cambodia is stuck in a conundrum. Nationalism and fear of foreign interference will continue to drive sentiments in Khmer society, but lasting changes will likely not take place until open communication and free expression are permitted.

Mark S. Cogan is an Associate Professor of Peace and Conflict Studies at Kansai Gaidai University in Osaka, Japan. He is a former communications specialist with the United Nations in Southeast Asia, Sub-Saharan Africa, and the Middle East. 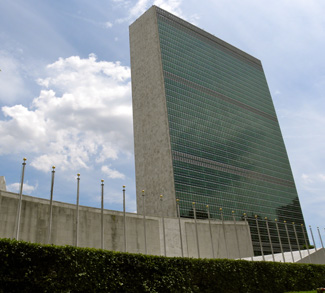