Vanishing Island Nations: The Case for the Maldives 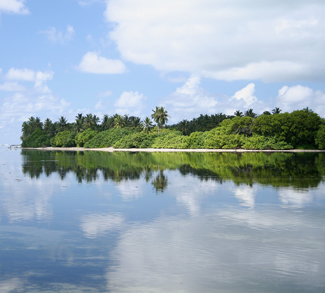 According to the Environmental Protection Agency, global sea levels have risen by about 7.5 inches since 1870. This impacts some countries more severely than others. Island countries, such as the Maldives, Kiribati, Palau, Micronesia and Seychelles are the weakest link in the chain with respect to climate change and the risk of being submerged by rising sea levels. These island nations are low-lying, and their location above the sea is approximately 1-3 meters, indicating that they are flood-prone, and eventualities such as storms can cause more damage than in high-land nations—the United States and Belarus, for example.

The Maldives attracts particular attention because it is the most disappearance-prone island on the planet; however, none of the aforementioned islands represent an outlier as most of them are facing identical, environmental security threats—submersion due to rise of sea level, erosion, and displacement of local populations.  In order to save island countries from vanishing, the world community must play a pivotal role in the reduction of Co2 emissions by taking an incisive approach toward the ongoing threat of climate change.

Island countries are the most vulnerable nations in the world to these natural hazards. In the case of the Maldives, it is the most scattered country on the planet, with a highly dispersed population. The Maldives—consisting of over 1,100 islands— is also the lowest-lying nation in the world, averaging 1.3 meters above sea level. According to its former President Mohamed Nasheed, the Maldives would submerge with a 3-feet sea level rise, which is all it would take to make the islands inhabitable for humans. Nasheed explained that “his people obviously want to remain on the islands, but moving was an eventuality his government had to plan for.” An eventuality of this caliber requires a shock absorber which entails moving out the population—350,000 inhabitants— to a foreign country (potentially Australia) which represents a peripheral solution to the ramifications of climate change if the islands become submerged. Consequently, the future host country, in this case Australia, will receive a massive migration which can trigger a chaotic domestic situation, for both the Maldivian and Australian people, as critical adjustments must be adopted. These would include cultural and religious adaptations—the majority of Maldivians are Sunni Muslim, which represents a mere 2% of the religious population of Australia. Hence, a myriad of consequences can emerge—hostility, racism, unemployment, and civil unrest—creating severe conflicts between both populations.

The Maldives must start a campaign targeting developed nations, based on the situation it is enduring, to convene high-income countries to take the lead on the carbon-emissions reduction process.

The potential disappearance of the Maldives is forcing the country to prepare for future eventualities. This uncertainty also pushed the Maldives to reach out to India and Sri Lanka in order to purchase land based on cultural similarities, but it finally settled for Australia due to its economic security, decent climate and other factors that suggest a better standard of living.

Environmental security is the primary concern for Maldivians. Pursuing this further, former President Nasheed implied that buying high-lying land from Australia is a way to secure a safe land for the 350,000 inhabitants of the Maldives, as he does not want his people living in tents for decades in the event of an environmental catastrophe. Nonetheless, this strategy is a provisional solution to the problem seeking to safeguard the lives of the Maldivian people; furthermore, it is not an outcome the world community must perceive as suitable, and it is certainly not an outcome the Maldivian people desire. More important, the submersion of territories starts with the vulnerable areas, such as the Maldives, Palau, and the Arctic. It will continue with other areas less vulnerable than Maldives, such as Australia, Mozambique, and the Caribbean. Finally, it will hit the rest of the world: Chile, the Netherlands, and France based on the fact that some countries are more resilient to climate change than others. The climate change issue unarguably affects the entire world, though in certain areas more severely than others. In other words, the chain breaks at the weakest link with the submersion of areas, such as the island nations, Myanmar and Bangladesh, but after these countries disappear, places such as Manhattan, New York, and countries like Brazil, China, Canada, and Argentina will follow.

As the smallest Asian country (115 square miles), the voice of the Maldives is not influential—especially when compare with the influence of developed countries. However, the environmental-security threats of island countries must be addressed with the same priority-oriented focus as other transnational security issues—terrorism, drug trafficking, etc. The Maldives is not a major emitter of greenhouse gases—3.3 million metric tons per capita. It is aiming to become a carbon-neutral nation by 2020, indicating that, paradoxically, the Maldives is more aware of the approach required to combat climate change than most developed nations. Regrettably, the greatest Co2 offenders—United States, China, Russia, India, Japan—do not address climate change with the significance it requires which has a deteriorating  impact on the future of island countries as the heaviest Co2 emitters are not acting assertively toward the issue. The case of Indonesia citing a clause of business as usual in its commitment at COP21; the continuous pattern of heavy coal consumption in India; the increasing consumption of fossil fuels in Japan; and the unwillingness of the U.S to ratify agreements, e.g. Kyoto Protocol to reduce Co2 emissions – all stand as recent examples. Apart from taking a nonchalant stance toward climate change, the greatest carbon emitters are producing the majority of greenhouse gases thus contributing to the disappearance of countries such as Polynesia, Vanuatu, and Nauru.

In addition to losing its territory, the Maldives will also lose its source of income, as this population depends heavily on tourism (which accounts for 30% of the GDP), fishing, and agriculture to subsist. Biodiversity-based sectors contribute more than 70% of national employment, close to 80% of GDP. These aspects of the economy will de facto be submerged along with the country because the islands will become inhabitable. Even if the government of the Maldives is able to purchase enough land to house its entire population, the future of the Maldivians appears very uncertain insofar that there will not be an economical pathway remaining that creates revenue for these people, as they will depend on the altruism and charity of allied states and its host country.

The Maldives must start a campaign targeting developed nations, based on the situation it is enduring, to convene high-income countries to take the lead on the carbon-emissions reduction process. The major Co2 emitters must expedite the shifting of their economies to renewable energy in order to stop climate change and keep global temperature rise below 2° Celsius.

Developed nations agreed to mobilize $100 billion a year from 2020 to help developing nations adapt to a changing global climate—via the Green Climate Fund (GFC). However, the GFC is not going to stop island nations from disappearing unless Co2 emissions are significantly decreased. Therefore, providing funds to developing states helps, but it is not a robust, specific solution to this critical situation as most developing countries have expressed that The U.N. Green Climate Fund is not enough. Briefly, at this contention point on climate affairs, island countries must bring awareness to societies around the world in order to raise awareness about carbon emissions. For these countries to remain above the sea level, developed countries must take into consideration their inevitable disappearance if the emissions of greenhouse gases are not significantly reduced. Additionally, developed countries must put themselves in the position of island countries as it is a matter of time before climate change comes to affect the status-quo of the wider global community. 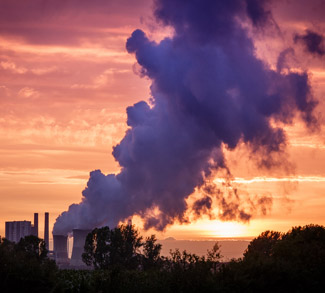 Climate Change in the Middle East