US to Take the Arctic Council Reins, But Where Will it Steer?

Over the coming days, Canada will hand over the chairmanship of the Arctic Council to the United States in its far northern city of Iqaluit. During its two year tenure, the physical and geopolitical landscape of the Arctic has changed, with much focus taken away from the region and put on tensions with Russia over Ukraine, and the unanswered question of whether the Arctic should be thought of as a region of eight rather than an icy wasteland on top of the world.

In geopolitical terms, the Arctic is very important. Secretary of State John Kerry will make the same journey he made two years ago to Kiruna, Sweden when the Canadian term began, only the leadership is now added to his already matured portfolio. It will be interesting whether Kerry will be the equivalent of a Minister for the Arctic, such as Leona Aglukkaq, and show that the United States is a polar state and aims to play the role. Much like the Canadian chairmanship, Kerry will want to evolve the development of the Arctic, both in terms of its resources and more importantly the sustainability of its residents. The former has appeared to have taken a more central role in recent years as the world continues to rely on existing natural gas and crude oil, which has been at its lowest price levels this century. This is where the Arctic Economic Council has been established to bring the region into the era of globalization amid a flurry of criticism from environmental groups aiming to not disturb the fragility of the Arctic’s ecosystem.

Many challenges await the United States during its chairmanship, but the two most notable obstacles would be bringing the Arctic Council to the fore of international politics and balancing economic ambition and environmental sustainability. It is also imperative that John Kerry addresses the longstanding abstention from the UNCLOS (United Nations Convention on the Law of the Sea). If the issues of sovereignty can finally be resolved among US legislators, it would be a sizable show of intent by the Americans in respect to not only the Arctic, but other maritime disputes around the world. Failure to do so would result in an ongoing lack of comprehension and union among the Arctic Council nations and the United States. Arctic law is gathering more and more attention among international commentators when you consider the anomalies involved. The US is behind all other political actors here in relation to creating concrete policy for the Arctic. Canada used its chairmanship to create a region-wide oil pollution preparedness and response agreement, so American administrators may expand on this considering Alaska’s proximity to Arctic resources, hopefully sidestepping any environmental land mines along the way.

Finding a voice for the people of the Arctic in the face of development and economic growth will also be a tall order for the US chairmanship if the Canadian effort is anything to go by. Canada aimed to improve its external relationships by stepping up to the centre of Arctic affairs. Unfortunately, they were largely unheard in northern affairs and the rights of indigenous people continue to call into doubt the effectiveness of the Arctic Council as it enters its third decade of existence. According to a recent poll conducted by the Canadian think-tank The Gordon Foundation, only 8% of Canadians in the south of the country said they were aware of the Arctic Council. This makes for disturbing reading for the incoming Americans, who did not score much better when pressed on the topic. In order for this to be improved, the US must make a positive and wide-ranging impact to bring the work of the Council to prominence on the international stage. The main sticking point to creating an area of complete political and economic cooperation is assessing how the United States deals with its traditional geopolitical foe and Arctic neighbor, Russia.

Much of the lead-up to the Arctic Council’s ministerial meeting has been overshadowed by the Russia-Ukraine crisis over the last year, which has seen several meetings delayed due to various sanctions instigated on officials. In a surprise, only one meeting of senior Arctic officials was suspended out of the many dozen that generally occur during a term. However, the Russian Foreign Minister Sergei Lavrov will be a noticeable absentee at the ministerial meeting as he has attended every one in the last decade. Using Ukraine as a reason for not attending may show how Lavrov and the Russian government are treating the other member states of the Arctic Council at present and vice versa. Russia’s relationship with Canada and the Nordic countries has frosted over the conflict with many debating whether how much this will affect the operation of the Council. The opinion of the United States in regards to Russian action in Ukraine has been firm but overtly passive. It would be in the administration’s best interests that this breakdown in communication is a temporary one and that its chairmanship is not trumped by a series of outside geopolitical events.
Overall, if the United States were to bring empowerment to both business and the Arctic people, their chairmanship would be reflected on a success. But with great progress in the region, they would need to be on the lookout for black ice along the way. 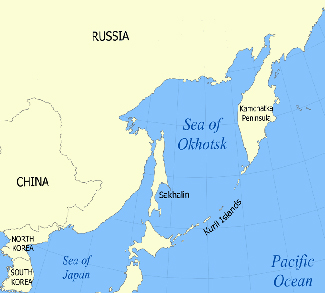 Situation Reports November 17, 2020
Back to Top