Trade Liberalization in the Asia-Pacific: US Interests and Challenges 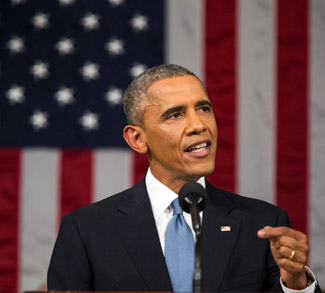 National interests for the United States in the Asia- Pacific region are paramount. The leading regional power, China, is the world’s second largest economy at $10,360,105 (USD millions) in 2014 (World Bank). With the massive and unprecedented growth of the Chinese economy over the last few decades, new challenges and opportunities have arisen for US involvement. In the past the U.S. has utilized the Asian powers to create a domestic import­-based economy, but the geopolitical system in a progressing Asia can no longer sustain the current trade infrastructure.

The development of the Asian trade economy has resulted in a “noodle bowl” of Free Trade Agreements, a form of progressive trade liberalization, of which the U.S. is already a part. Involvement in agreements like TIFA, which deal directly with ASEAN, are models for future trade liberalization. Though the United States has been both for and against liberalization in the past, and remains divided, it is now more important than ever that the United States involve themselves. On the basis of the U.S.’ place within APEC structures and developing FTA’s, this article will present an analysis of two areas of national interest which should be heavily considered in the creation of future policy: Economic and Security/Political.

The so-called “noodle bowl” is the product of trade liberalization in Asia. With China as the flagship, the Asia-Pacific region has undergone a massive change from bilateral relations to liberalization in order to sustain Asia as a single entity. Though China is the powerhouse of Asian trade, prominent entities such as ASEAN are leading examples of smaller countries forming partnerships so as to encourage healthy trade with China and other larger world economies. This structure centrally organizes all export and import needs, aligning them with appropriate FTAs. From the United States’ perspective, it is becoming increasingly difficult and inefficient to trade bilaterally in the Asia-Pacific, nor may it be in the country’s best interests. So the question remains: is it more in the national interest of the United States to pursue further liberalization in the Asian region, or to maintain the old bilateral and multilateral styles of trade to protect the stability of its own economy?

The economic national interest in the Pacific region cannot be understated. According to Matthew Goodman, recent US policies towards Pacific involvement have been motivated by three factors: Promoting growth, strengthening the global rules­-based system, and sustaining the U.S.’ long-term presence in the region. Trade liberalization has caught on in America, as proven by the passing of the TPP and the development of the TTIP. As for the creation of jobs and economic growth, the U.S. has already started to understand the implications of an enabled Chinese workforce. Loosening of trade with China in the 1990s led to a massive influx of cheap-labor goods from Asia, and thus the China­US trade deficit was born. As reported by the United States Census Bureau, the deficit has risen steadily even through August of 2015, arriving at $48.3 billion. This clearly means that the United States has become comfortable as an import­-based economy, but this is not the way towards a healthy U.S. economy and domestic labor market.

Asia holds great potential for the future of the US economy, but it must be viewed from the correct lens. The goal is not to create an increasingly import-based system in the U.S., but to foster equality in trade between the United States and those economies which will complement its own. A balance must be found so as to not once again flood the US market which cheaper goods, but create a market for US exports in Asia, while importing quality Asian goods at a sustainable level. The TPP is a significant attempt to foster economic relations with smaller economies that have little bargaining power with China. Through these liberalized trade methods, the U.S. can hope to liberalize its own trade economy, safely increasing its own exports across the Pacific.

The potential of a liberal Free Trade Agreement of the Asia Pacific (FTAAP) has risen. This would be created by way of either the TPP or RCEP structure. This end result would be favorable for the United States, but perhaps the time has not yet come to seek the FTAAP. Currently, both the US-based TPP and Asia-based RCEP could serve as structural tracks towards the FTAAP, but many differing opinions have kept it from implementation. If the U.S. sees the TPP as a viable path towards a healthy FTAAP, it must commit to this path for its own success in this rapidly expanding region. The United States Congress may find it useful to maintain bilateral or non-liberal trade methods with some strategic partners (S. Korea, Japan etc.), while actively pursuing a grand liberal trade strategy with the rest.

The high production rate and low cost export of nations such as Cambodia are examples of potential stumbling blocks to US production and exportation, as many smaller Asian nations are able to produce at a vastly cheaper rate. The U.S. should not foster bilateral trade with these nations, but should seek to combine these relationships with higher-value economies in the region, thereby creating a balancing mechanism to protect the U.S. labor market. Strategic partnerships with regional groups in Asia (i.e. ASEAN) are positive ways to seek US economic growth in Asia trade. ASEAN has the second fastest-growing economy in Asia, commanding $2.57 trillion in 2014. Participating in trade with these already-established and regulated partnerships is a secure way to pursue and protect national interests in Asia.

Based on this, the U.S. must participate in the growing Asia-Pacific region, and it should encourage trade liberalization while maintaining traditional methods of bilateralism and multilateralism. This sounds simplistic enough, but it must be asked, by what means can the U.S. achieve this strategy? The U.S. has commanded the rule­-based system of global trade, and has also dominated economic hegemony worldwide for decades. It is obvious, however, that the U.S. is losing its hegemony in the Asia-Pacific region. With the massive growth of China and other Asian states, the United States must keep its own political goals in mind. It would be simple enough to integrate the Asia region through economic methods only, but we have long sustained an interest in a constant political presence. As Matthew Goodman states, U.S. presence in the Asia-Pacific region has been vital to national security. The U.S. maintains relations with Japan, S. Korea and other steadfast allies in the region, and it remains in its interest to promote their growth along with its own

This political perspective also introduces an element of national security. In order to protect U.S. presence and political influence in the region, it must continue to display its resilience in the Asia-Pacific. By maintaining a consistent military force in S. Korea and Japan, and continuing to practice freedom of navigation in the South China Sea, it will sustain its hands-on surveillance of the region, and send the message that the U.S. is a permanent fixture and balancer in Asia. By way of this, the U.S.’ other partners will be able to protect their own freedom of trade, thereby providing strength to the entire regional trade infrastructure.

Lastly, these strategies are in no way meant to marginalize or weaken the influence of China. They are meant to uphold and encourage existing structures which allow smaller states to trade as equal partners in the region. China provides the central power for trade across the continent, and smaller states would do well to follow their initiatives in Central Asia and the Middle East. The role of the United States is to protect its own interests, which lie throughout all of its trade partners in the region.