Belt and Road Initiative: Challenges for South and Southeast Asia

The euphoria about the Belt and Road Initiative (BRI) in Indonesia and elsewhere in South and Southeast Asia (SEA) has been felt since 2017, particularly following the country’s participation in the BRI Summit in Beijing that year, where Indonesia (along with other SAARC and ASEAN member states) was expected to receive massive investments from China to support several infrastructure projects.

This year, the debates concerning the BRI are again becoming prevalent after Indonesia’s Coordinating Minister for Maritime Affairs Luhut Binsar Panjaitan, as Indonesia’s representative, signed 28 BRI projects last April.  Among the various debated subjects is the growing concern about the real nature of the BRI. Is it a Chinese developmental initiative or a geopolitical instrument that uses debt-trap as a tool to bring targeted countries into the desired terms?

Belt and Road as a debt trap

In the realization of the BRI, China is targeted to spend US $ 4.4 trillion (Rp 62.7 thousand trillion) which is divided into various infrastructure projects in 65 countries. The funds from China will be disbursed from three main institutions, namely the Export-Import Bank of China, the Asia Infrastructure Investment Bank and the Silk Road Fund. However, the implementation of the BRI caused various kinds of controversy, one of which is related to the fear of a ‘debt trap.’

Sri Lanka is one of the BRI participating countries that must pay up on China’s debt. The Mattala Rajapaksa International Airport (MRIA) project in Sri Lanka, which cost US $ 190 million (Rp 2.7 trillion) with an interest of 6.3 percent, did not bring any major economic benefits in the short-term.

As a result, the Sri Lankan government is losing money. This made the country unable to pay debts to China. The inability to pay credit or interest, at the end of June 2016, led Sri Lanka to make an agreement with China in the form of equity (surrendering land for lease) for 99 years to the country.

Acknowledging this, Malaysian Prime Minister Mahathir Mohamad in August 2018 said his country would stop funding-backed projects from China, including a railway line worth US $ 20 billion, as there is a possibility that the country would be trapped in huge debts.

Indonesia and lessons from Malaysia

The same concern is also prevalent in Indonesia, given that in this country, already in the midst of many of its own problems, the government seemed to be incessantly ambitious to continue taking part in the BRI. It is important to remember that Indonesia’s external debt has already reached US$387.6 billion as of the first quarter of 2019.  This debt consists of government and central bank external debts of US$190.5 billion, which have risen slightly by 3.1 percent (year-on-year), and private external debts of US$197.1 billion, which have skyrocketed by 12.8 percent (year-on-year).

Although the ratio of Indonesia’s external debt to Gross Domestic Product (GDP) is relatively safe at 36.9 percent, and S&P Global Rating just raised the long-term sovereign credit ratio for Indonesia from “BBB-“ to “BBB”, Indonesia’s economic foundation is very fragile.

In 2018, for instance, massive capital outflows resulted in a significant depreciation of the Rupiah against the US dollar following a hike in Fed rates and the contagion of the Turkish lira crisis. The currency hit about 15,000 rupiah against the greenback, its lowest level since the 1998 financial crisis, and made it one of the worst performing currencies in the region.

Extreme volatility of the rupiah results in payments on interest and foreign debts becoming more expensive. The 1998 financial crisis provides a precious example in that many companies faced default amid economic chaos and a growth rate of -13.1%.

With such a recent experience, how can Indonesia blow up its debts by signing onto massive BRI projects?

There is also a concern that the BRI projects are, instead of profiting Indonesia, putting the country at a disadvantage. One example comes from the Palembang LRT project, which, like the abovementioned airport in Sri Lanka, is severely under-utilized. In fact, this project is also suffering losses, with an operating burden of Rp. 8.9 billion (US$618, 545) per month.

Looking at the fact that infrastructure projects have not been able to improve economic growth and close gaps in inequality – especially in the East – as well as various other disputes, the government’s decision to sign many BRI projects is certainly questionable. One ironic point is that the implementation of infrastructure development in Indonesia still suffers from overt corruption. Instead of aiming at the welfare of society, infrastructure projects often become fields of concern for interested parties. Overall, there is a possibility that Indonesia will face the Chinese debt trap if it is not careful, which would have negative impacts on the Indonesian economy.

The government needs to ensure that participating in Belt and Road will not lead to a loss. Similar to what Malaysia has done, Jakarta may need to renegotiate with China on the terms and conditions of these projects. Indonesia must realize that China needs them more than they need China, as the planned maritime route under the BRI cannot be realized without Indonesia’s participation. The Malaysian case demonstrates that negotiation is possible with China. Failing that, Indonesia might become the next Sri Lanka. 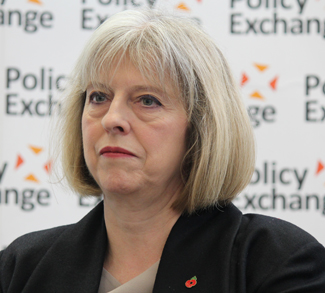